She’s the daughter of famous parents and a rising star in her own right.

So it’s no wonder that Lily-Rose Depp commands attention even when doing something as mundane as shopping for groceries.

The 19-year-old daughter of Hollywood star Johnny Depp and French model, actress and singer Vanessa Paradis was unmissable in a crop top and Daisy Dukes on Sunday as she ran her errands in Los Angeles. 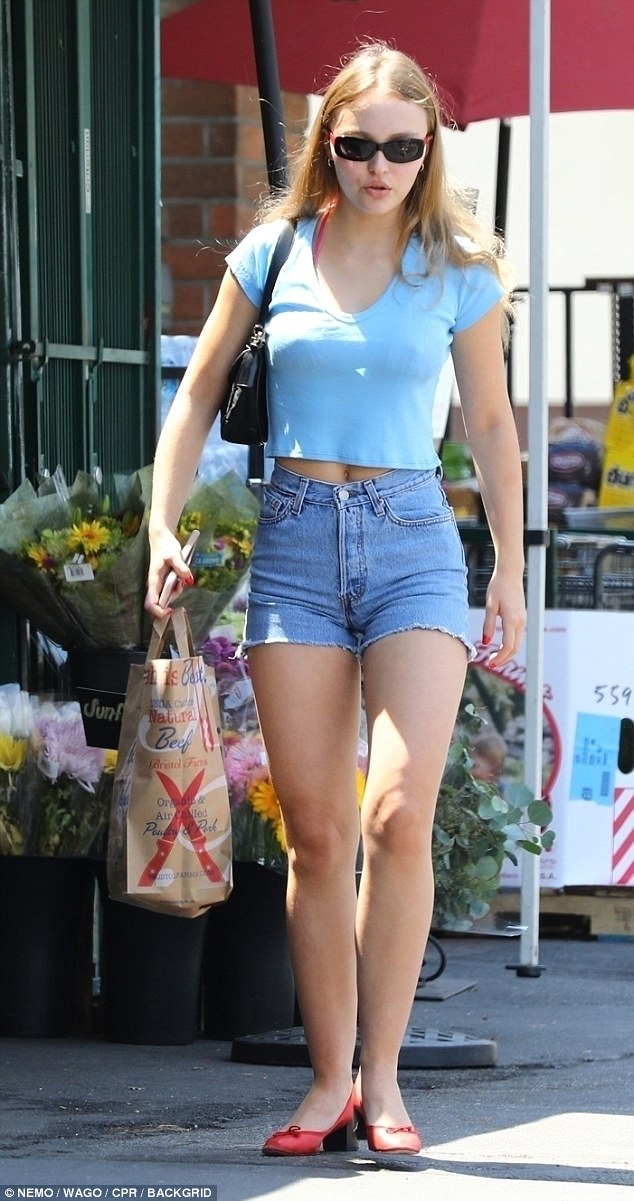 Lily-Rose went for a blue ensemble of short-sleeved cotton top with a scoop neckline that rose up above her belly button.

She added denim cutoffs with distressed hems that showcased her lean legs and a pair of low-heeled red shoes.

The teen wore her long blonde hair loose with a center parting.

She sported sunglasses, small gold hoop earrings and a shade of polish on her fingernails that matched the color of her shoes. 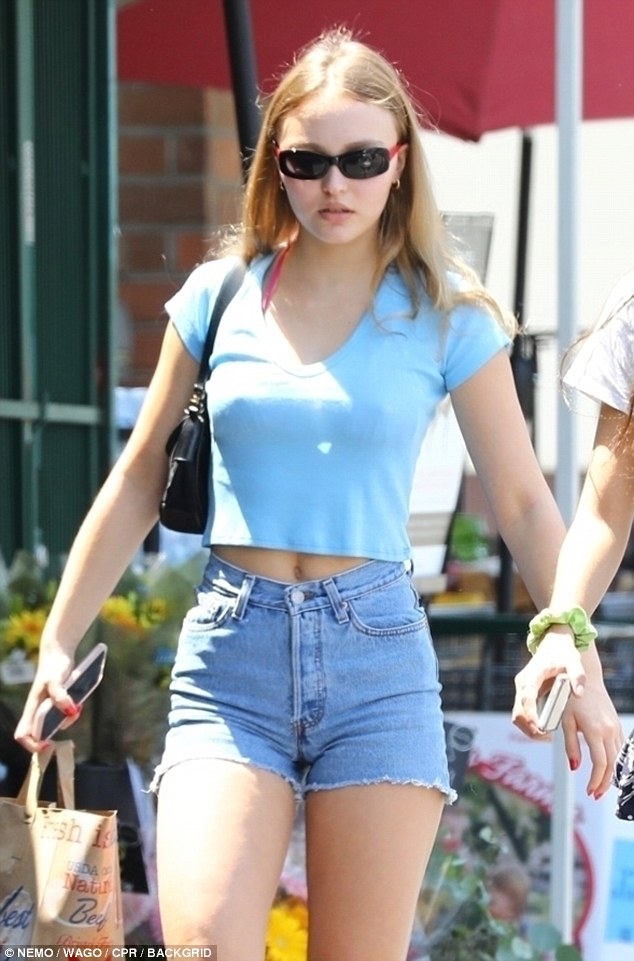 Pretty: The teen wore her long blonde hair loose with a center parting and sported sunglasses, small gold hoop earrings and a shade of fingernail polish that matched the color of her shoes 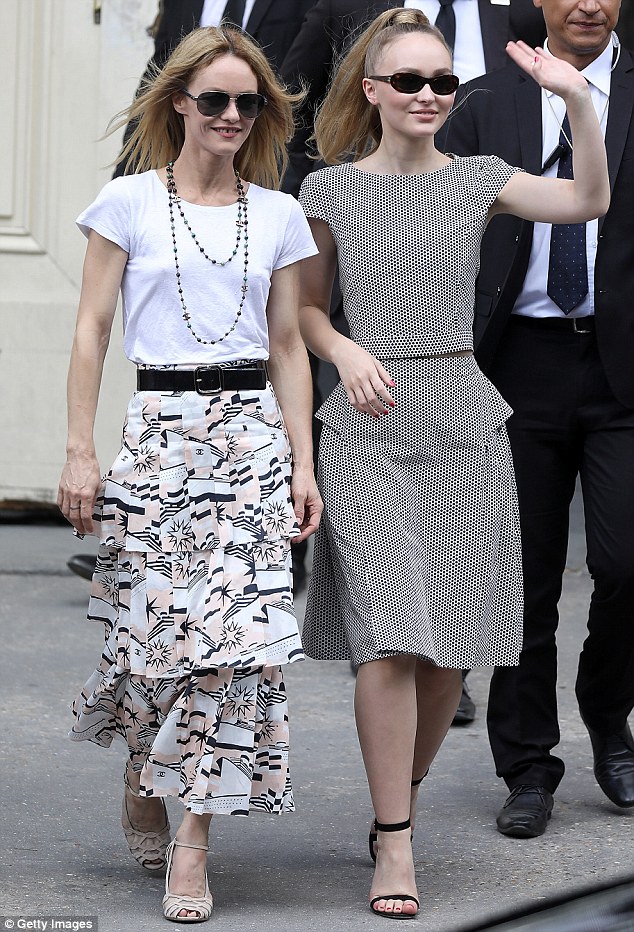 Lookalikes: : Lily-Rose stepped out with her mother, French model, singer and actress Vanessa Paradis, 45, for Paris Fashion week in July 2018

Lily-Rose is following in the footsteps of both her parents, forging a career as a model for Chanel as well as an actress with several film roles under her belt.

The 5-foot, 3-inch celebrity offspring has been modeling since her early teenage years and has been the face of Chanel’s fragrance No. 5 L’Eau in 2016 and appeared in a campaign for Chanel’s beauty line in 2017.

She has also appeared on the cover of British Vogue and Vogue Russia.

Her acting career includes roles in movies like Tusk (2014), The Dancer (2016) and Planetarium (2016) opposite Natalie Portman.

More recently Lily Rose has been filming the historical drama film The King, which stars Robert Pattinson, Timothee Chamalet, Joel Edgerton, Ben Mendelsohn and Sean Harris. It is expected to premiere in 2019. 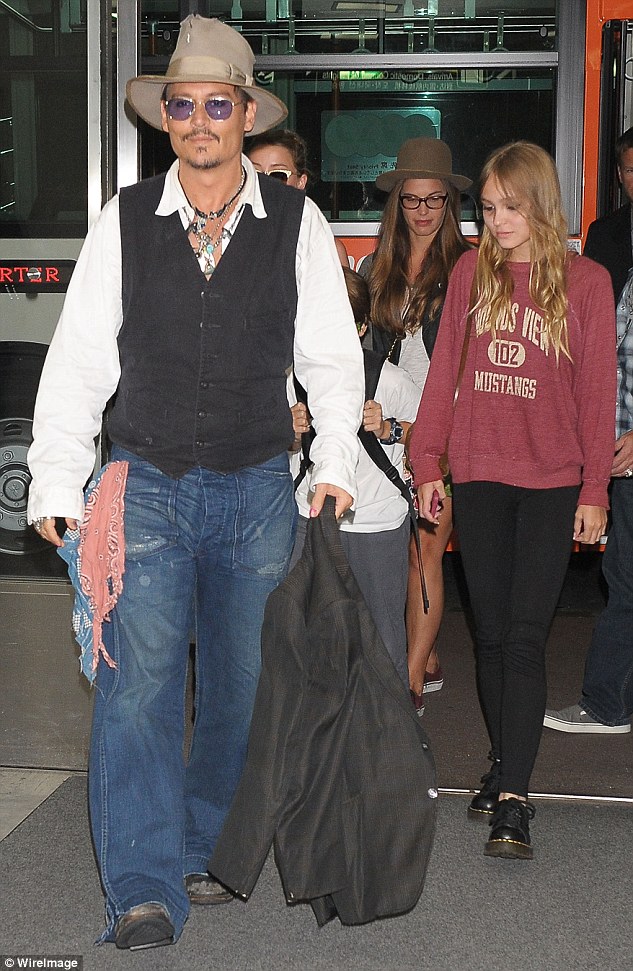 Daddy’s girl: Lily-Rose’s dad is Hollywood star Johnny Depp who split from her mother in 20912. They’re pictured together in Japan in July 2013