Liverpool have been working hard in pre-season, but Mohamed Salah took some time out to be a tourist during the club’s trip to the United States.

Salah is now back in England with the Liverpool squad, but the winger certainly enjoyed his time in the United States and posed for a picture in Times Square, where he spotted a mural of himself on a nearby building.

He accompanied the picture with the caption: ‘Concrete jungle where dreams are made of…’. 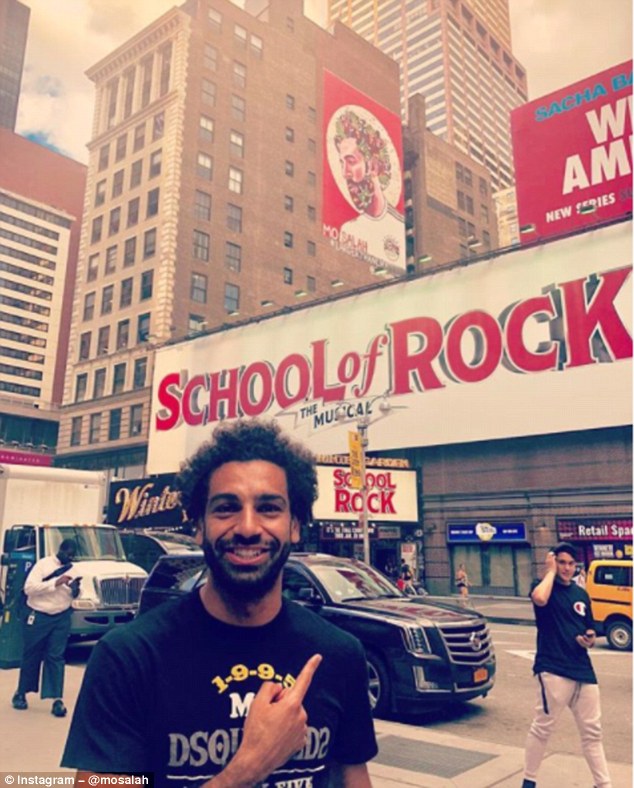 The Egypt international enjoyed a sensational debut season at Liverpool during which he scored 44 goals in 52 games across all competitions.

Although the World Cup didn’t go to plan for Salah or Egypt as they went out in the group stages, the 26-year-old is back with Liverpool and is determined to make a major impact again at club level.

Check this out  Woolly jumper! Video of ‘Bacon’ the sheep exercising on trampoline goes viral

Salah played 45 minutes as Liverpool beat Manchester United 4-1 in Michigan on Saturday and is expected to feature again when the Reds continue their preparations for the new campaign against Napoli in Dublin on Saturday. 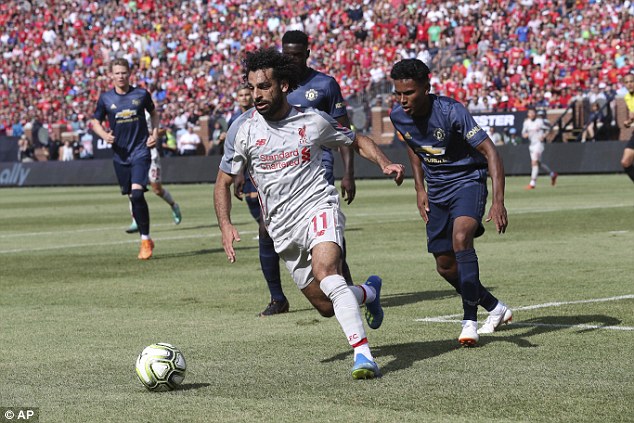 Following that game Liverpool have one more friendly, which sees them face Torino on August 7.

Liverpool’s Premier League season gets underway on August 12 with a home game against West Ham.

It has been a busy summer for Liverpool in the transfer market, with Naby Keita, Fabinho, Xherdan Shaqiri and Alisson all arriving at the club for a combined fee of £174.25million.