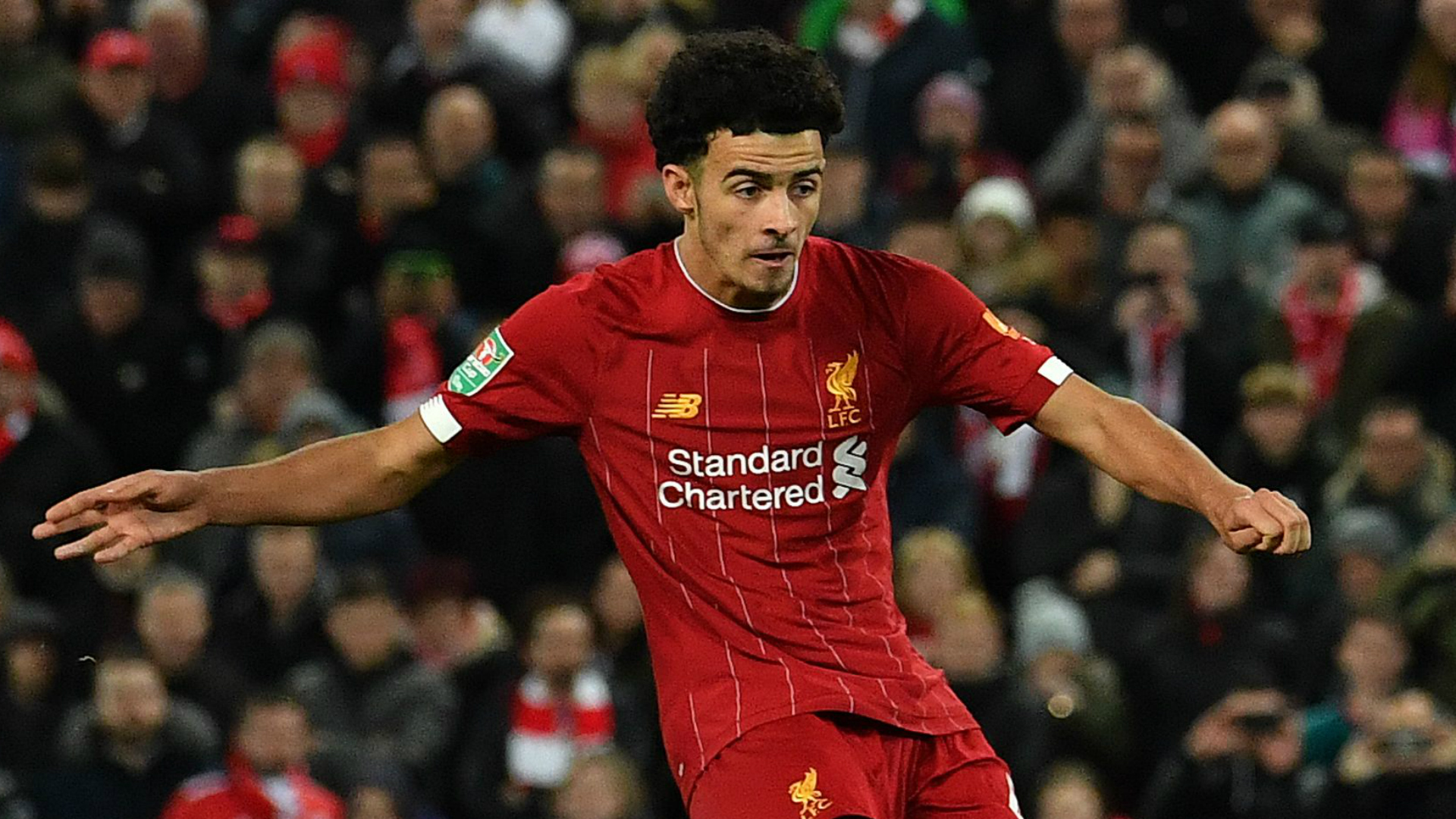 Liverpool midfielder Curtis Jones says he is looking forward to getting more playing time after making his Premier League debut for the club.

The 18-year-old came on for the last 15 minutes of Saturday’s 3-0 victory over Bournemouth to feature for the Reds for the fourth time, having already played in the FA and Carabao Cups.

And the England Under-19 international, who has been with Liverpool since the age of nine, was honoured to be given his first run out for the league leaders and says coach Jurgen Klopp gave him the confidence he needed before stepping on to the field.

“Growing up and being a local lad, I think it’s everyone’s dream to go and play for your boyhood club,” he told Liverpool’s official website.

“And to do it at a young age is a massive honour and I’m grateful, and I just say a massive thank you to the gaffer and his staff for having the belief in me.

“As everyone could see the scoreline was perfect, so I could come on and be relaxed and play and show what I’m capable of doing.

“I spoke to the gaffer when I was getting warmed up and he was telling me to go on and be calm and go and play my game, which gave me all the confidence I needed. I went out there and I just tried to play my game.

“When you go into different kind of games and you play with a few of the youth lads, who don’t have that experience, it’s always that little bit harder.

“But today I think the rest of the boys around me made it that little bit easier and I’m looking forward to a few more of them games.”

The youngster tweeted after the game that he had been “dreaming” of his first top-flight appearance for the Anfield outfit for a long time.

“I grew up dreaming of this day,” he posted. “Unbelievable feeling making my Premier League debut for [Liverpool] today. Another great win and another 3pts for the team. Thanks for all the messages and support!”

Liverpool’s win over the Cherries extended their lead at the top of the table to 11 points, while they now sit 14 points ahead of reigning champions Manchester City after they lost at home to Manchester United.

ALAN Titchmarsh reveals his pick of the National Trust spots you...

Autistic son of NYPD cop ‘froze to death after he was...