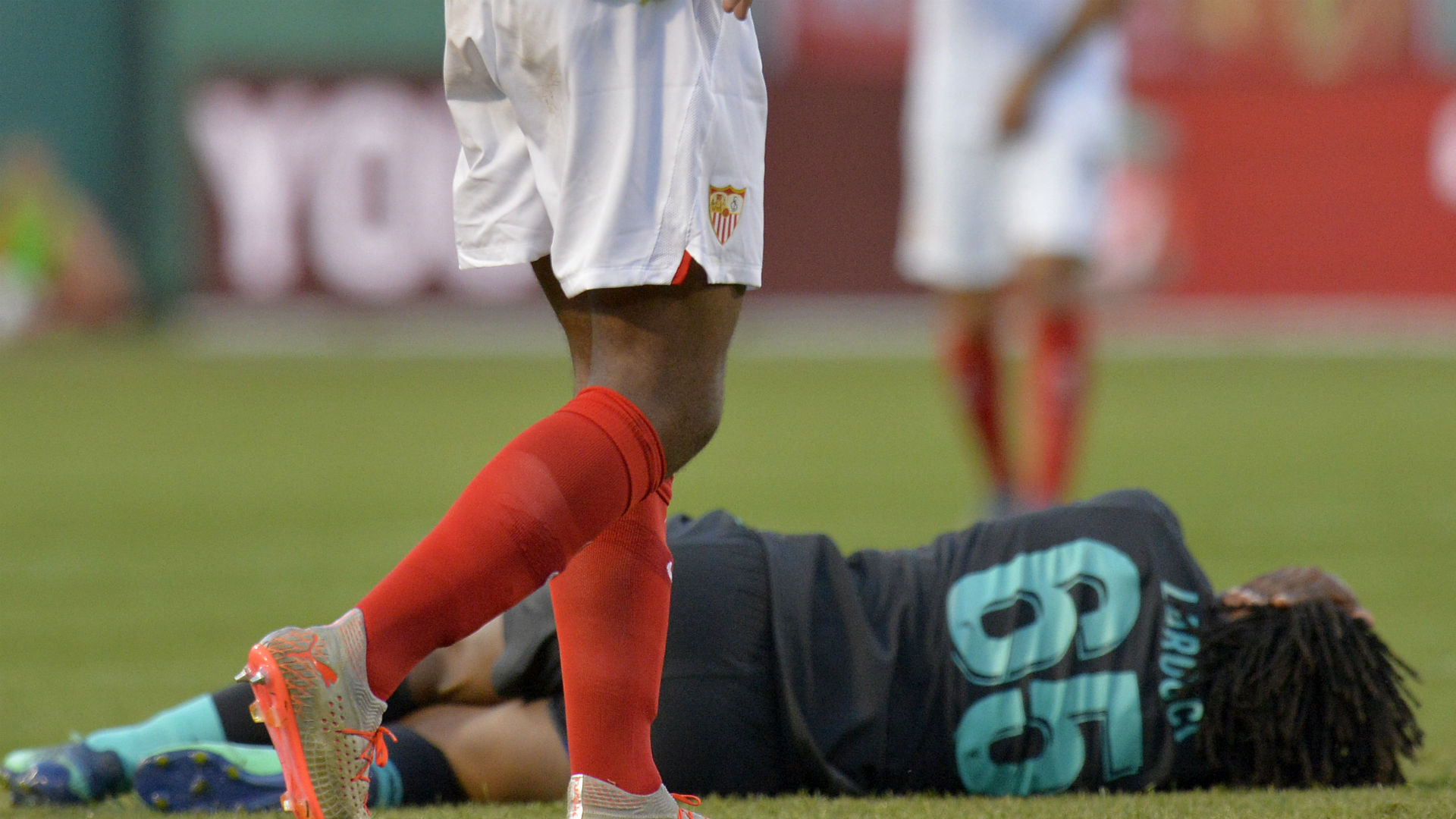 James Milner was scathing of Joris Gnagnon’s “disgraceful” challenge on Yasser Larouci that marred the friendly between Liverpool and Sevilla.

Gnagnon was shown a straight red card for a horrendous tackle on Liverpool teenager Larouci, who was forced to leave the field on a stretcher in Sunday’s 2-1 loss to Sevilla .

Sevilla defender and second-half substitute Gnagnon wildly kicked out at the 18-year-old with 14 minutes remaining in Boston, where tempers flared.

Gnagnon apologised post-match but he received harsh words from Virgil van Dijk after the whistle, with the Reds defender blasting him further post-match .

And Van Dijk’s team-mate Milner had similar feelings toward Gnagnon, telling LFCTV: “Was it too much? I thought so yes, it was a disgraceful tackle.

“We know it’s only a friendly, but I mean, you don’t see many red cards in friendlies, do you?

“Their guy said it is down to the referee and it’s a tackle and a foul, but it’s very disappointing. We [responded] in the right way.

“It is a tough one for the referee because you don’t want to use red cards in friendlies and it is a rare thing to see.

“It’s not easy to get hold of the game, you don’t normally see too many tackles [like Gnagnon’s] but it is a disgrace really.”

Check this out  Salah, Mane and Aubameyang nominated for African Player of the Year award

“[Gnagnon] was very, very worried and knows it could have been a bad injury,” Lopetegui told reporters.

“I am worried about the player [Larouci] but I asked Jurgen [Klopp] and he said the player is okay, it isn’t a bad injury and I am happy for that.

Klopp said after the match Larouci may have avoided the worst, but the team would have to wait and see to be sure.