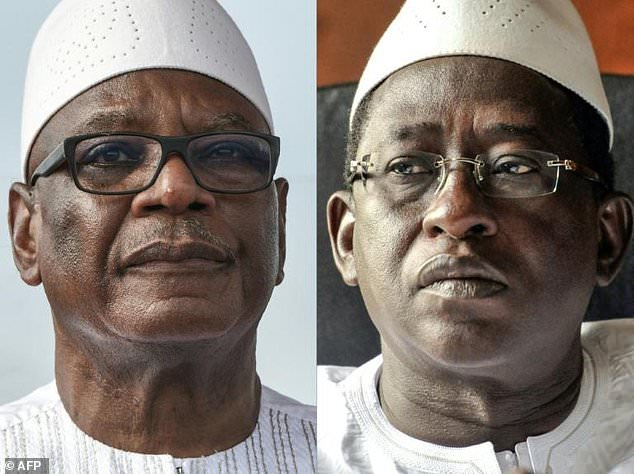 Malians vote on Sunday in a presidential runoff expected to return Ibrahim Boubacar Keita to the helm of a country battling jihadist violence and ethnic attacks.

The second round — a rerun of the 2013 election between Keita and former finance minister Soumaila Cisse — is the climax of a campaign in which Mali’s security crisis has taken centre stage.

After a first round marred by violence and accusations of fraud, Keita, 73, was credited with 41.7 percent of the vote while Cisse, 68, picked up 17.78 percent.

Despite trailing badly, Cisse insisted on Friday he could “turn things around” on polling day.

“I am not worried about being behind, because I know the difference is due to fraud,” Cisse told French radio RFI.

The international community hopes the winner will revive a 2015 accord that Mali, a linchpin state in the troubled Sahel, sees as its cornerstone for peace.

Check this out  Portrait of Picasso's mistress of pain

Despite the deal, gathering the government, government-allied groups and former Tuareg rebels, a state of emergency remains in force and heads into its fourth year in November.

Jihadist violence, meanwhile, has spread from northern Mali to the centre and south and spilled into neighbouring Burkina Faso and Niger, often inflaming communal conflicts.

France still has 4,500 troops deployed alongside the UN’s 15,000 peacekeepers and a regional G5 Sahel force, aimed at rooting out jihadists and restoring the authority of the state.

Keita is accused by his opponents, including several former ministers, of floundering in his response to the bloodshed. Nearly 300 civilians have died in ethnic clashes this year alone.

But in a pre-election interview with AFP, the president described these attacks as “pockets of violence and remnants of terrorism” and said the state was making a “colossal financial effort” in fighting violence. 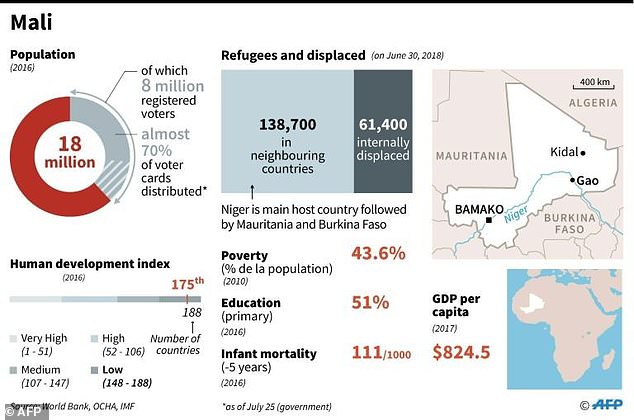 Another concern is falling living standards.

The country became Africa’s first cotton producer in 2017-2018, and the economy has been growing at over five percent annually for several years.

But income per capita has fallen since 2014, according to the World Bank, and nearly half of Mali’s 18 million citizens live in poverty.

Cisse failed to unite the opposition behind him after the first round on July 29.

Two losing candidates, businessman Aliou Boubacar Diallo and former prime minister Cheick Modibo Diarra, who came in third and fourth, said on Thursday they would not support anyone.

As a result, Keita, commonly named “IBK” after his initials, is clear favourite in the runoff.

“The main question is whether IBK will win by a landslide, as happened in 2013,” political analyst Souleymane Drabo told AFP.

The election campaign and vote were marred by bouts of violence, mainly in the restive northern and central regions.

Check this out  Is your handbag crippling you? Physio reveals how heavy shoulder bags can cause long-term damage

Not a single ballot was cast in 871 polling stations due to violent attacks, representing nearly a quarter of a million voters. 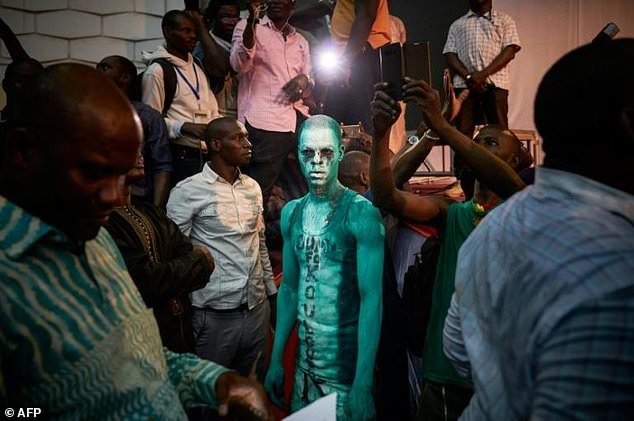 Accusations of fraud mounted in the days following the first round, with three main opposition candidates petitioning the country’s top court over alleged ballot-box stuffing and other grievances.

Their challenge was rejected by the court on Wednesday.

Teams from the European Union, the African Union, the regional ECOWAS grouping and the Francophonie organisation sent observers to the poll.

EU observers repeatedly called on the government to publish a detailed list of the results of the first round of voting, while calling for more transparency for Sunday’s runoff.

The Malian government responded bluntly, calling on the mission to avoid “jeopardising the electoral process.”