Adorable pictures have emerged of a man proposing to his girlfriend of three years with a tiny golden retriever puppy.

Joel Booth, 30, from Kalispell, Montana, proposed to his girlfriend Kadie Latimer, 28, on 11 July 2019 in the most perfect way – with an adorable golden retriever puppy.

The pictures were taken at Montana’s Glacier National Park and Kadie was under the impression she was simply modelling for some local photographers.

‘When I first turned around I was very surprised to see him holding a golden retriever puppy – my first question was whose it was,’ said Kadie, an aesthetician.

‘When he replied “This is our dog,” I didn’t believe him, especially with Joel being such a joker.’ 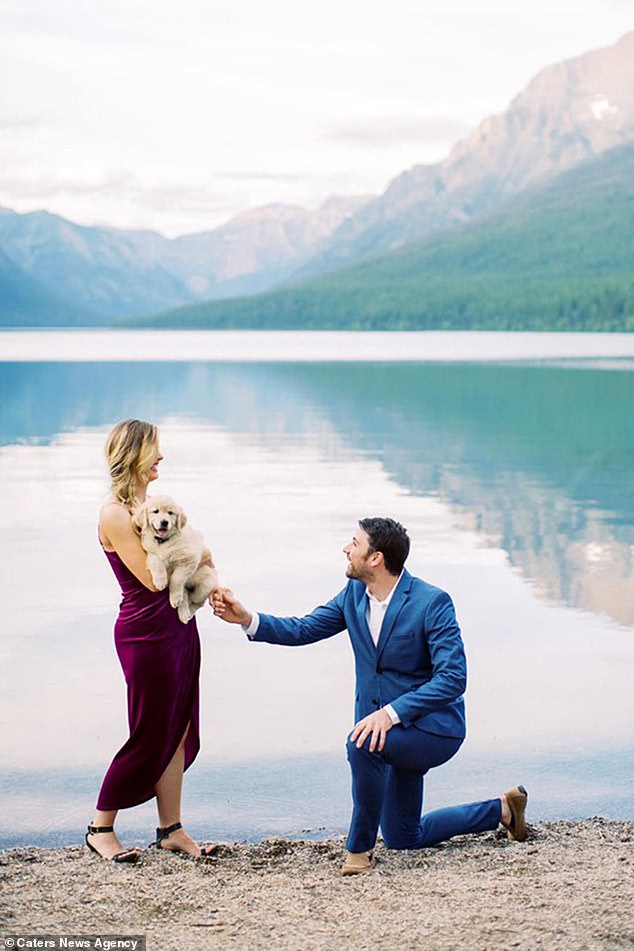 Joel Booth, 30, from Montana, proposed to his girlfriend Katie Latimer, 28, at sunset, in the state’s Glacier National Park, using an adorable puppy 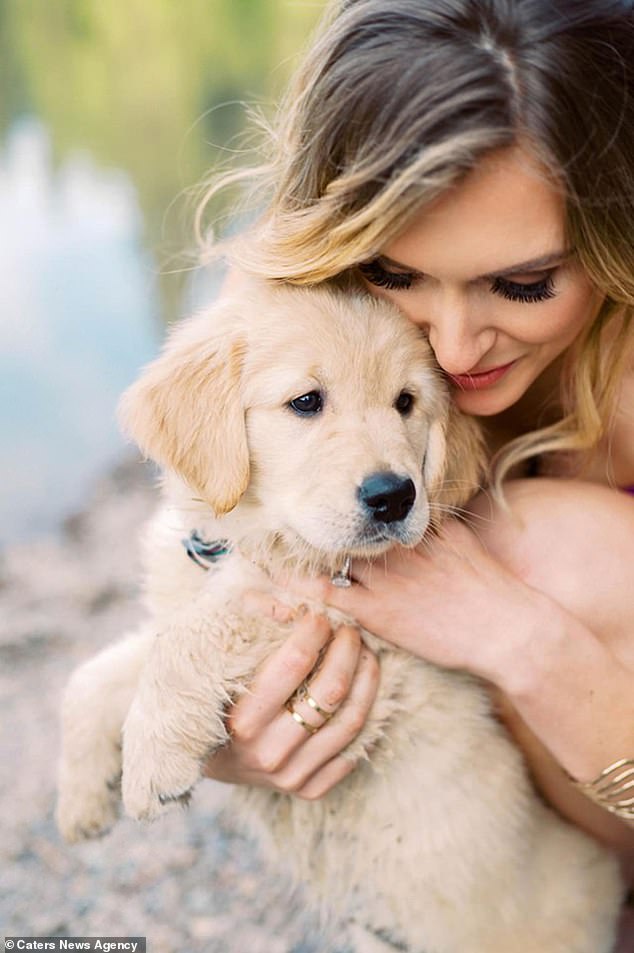 The couple named the Golden Retriever pup Bowie, as they got engaged by Bowman Lake on 11 July 2019

She added: ‘I asked if he got a dog, and he said that it was our new dog and then handed her over to me.

‘I looked at her name tag and it said “Kadie” and I initially thought he’d named the dog after me – but I looked closer and underneath it it said ‘will you marry me’?

‘My first reaction was to ask if Joel was joking, but then he got down on one knee and I knew it was for real. Everything was overwhelming in the best possible way!’

The proposal took place at sunset, which Kadie believed to be a great setting for a photo shoot, but Joel knew it was the perfect, romantic time to pop the question. 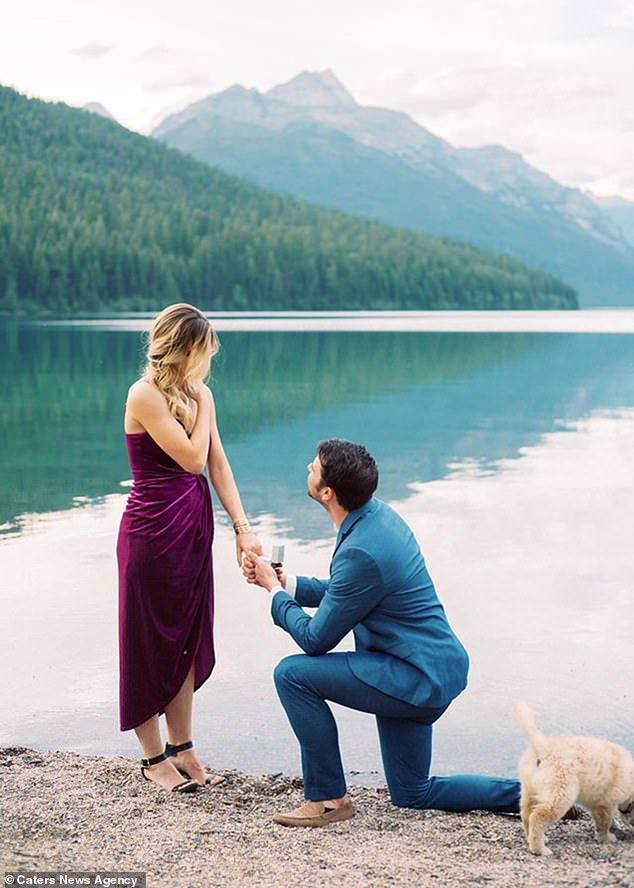 Kadie (pictured left) explained the dog’s name tag red ‘Kadie, will you marry me,’ and that she found herself overcome with emotion

‘Kadie is special to me and I wanted to do something special for her, that she wouldn’t forget,’ said dentist Joel.

‘I have had a male golden retriever for three years called Jackson, so it’s just been the boys for a while.

Joel had known he was going to propose sometime in the summer, and had been mulling over the idea of getting another dog.

‘Ince I knew I was getting the dog, I figured that would be a good time to purpose,’ he said.

‘The photographers had asked me to model for them in the past and Kadie has done some modelling, so I reached out to Jeremiah and Rachel to see if they would ask us to do a couples photo shoot, kind of stage a fake reason to take pictures, and they really came through.’ 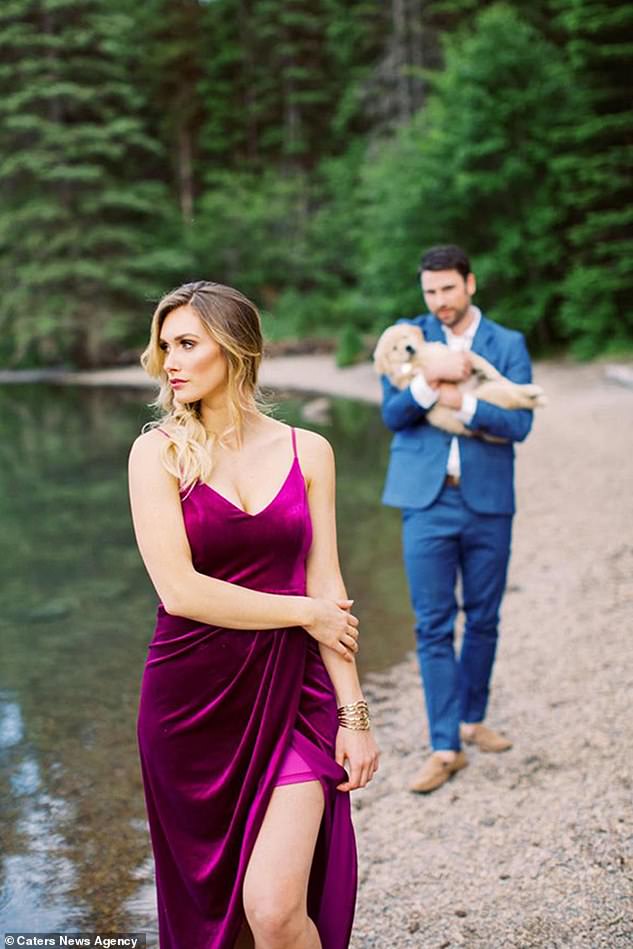 The young woman (pictured) thought she was just posing for a couple of glamour shots, but Joel had other plans 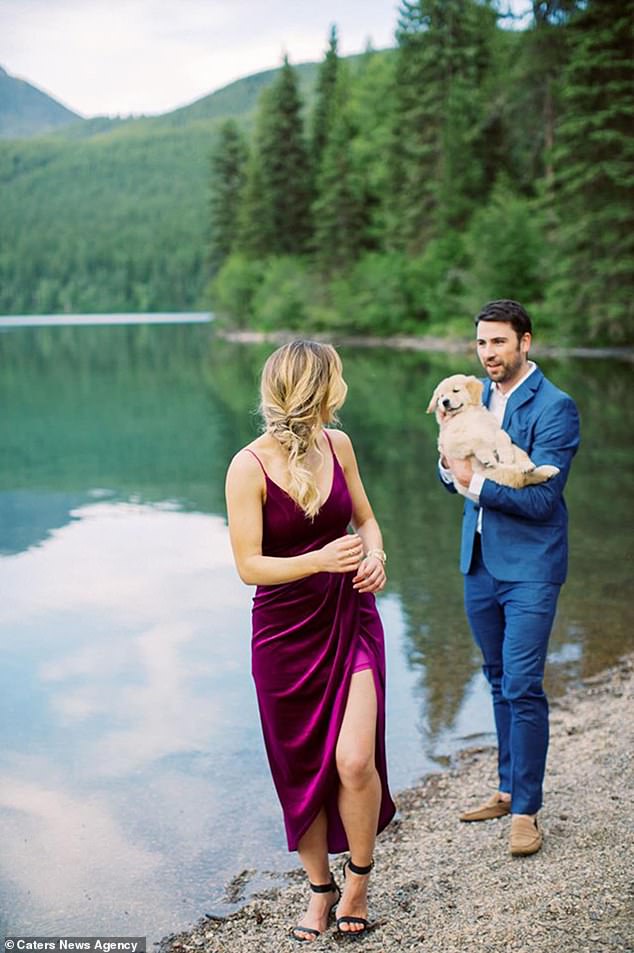 Young dentist Joel surprised his now fiancee, an aesthetician, with the adorable puppy during a photoshoot 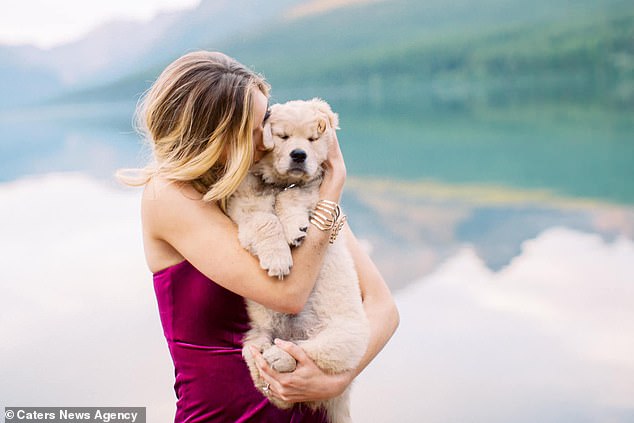 Joel said he was thinking of proposal in the summer and was thinking about getting another dog, which led to the very cute proposal. Pictured, Kadie and pup, Bowie 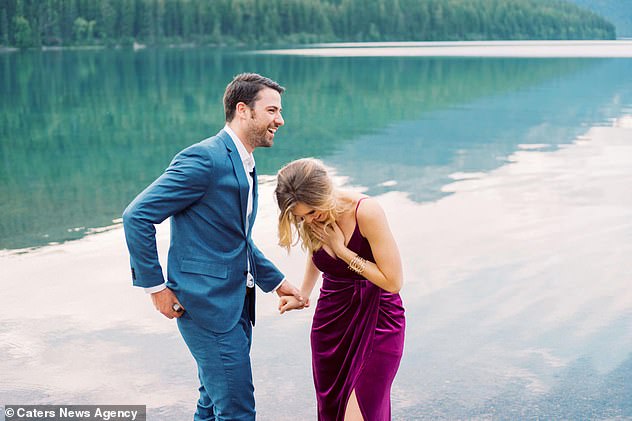 Kadie had no idea that Joel (both pictured) would propose that night, and even less of a clue she would be getting a puppy

He added: ‘Kadie didn’t know it was all a setup – I had made it a couple months with this plan and she hadn’t caught on!’

Due to the proposal taking place at Bowman Lake in Montana’s Glacier National Park, Kadie and Joel both thought a fitting name for their new four legged friend was ‘Bowie’.

‘I had know idea that night was going to turn into one of the most memorable nights of my life and that I’d be leaving with a puppy and a diamond ring,’ said Kadie. 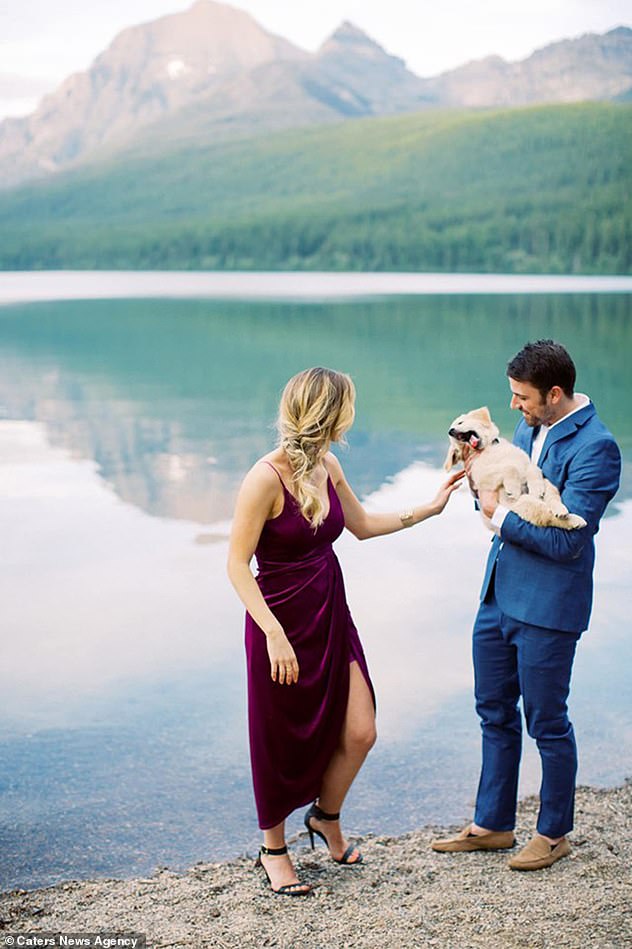 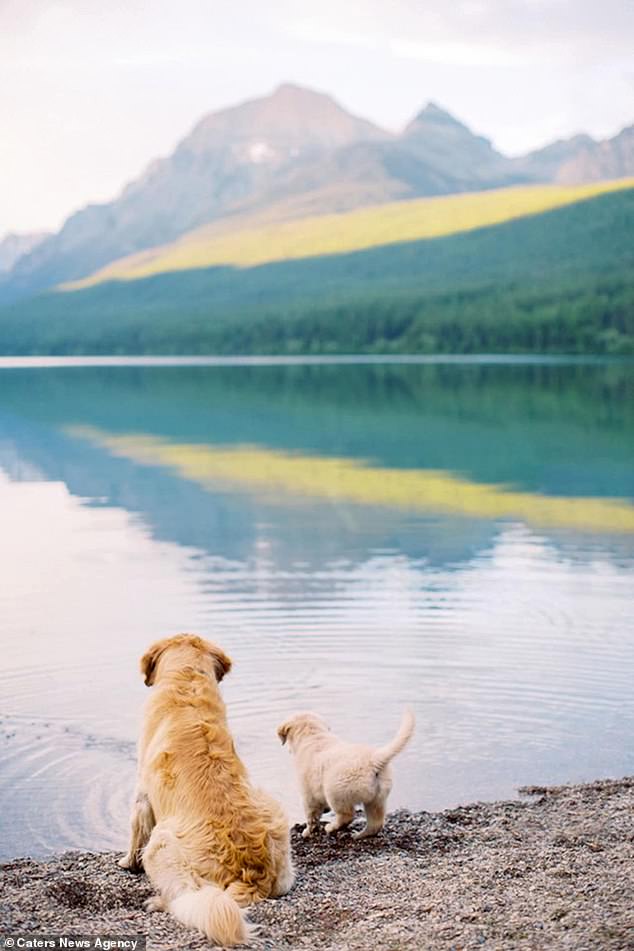