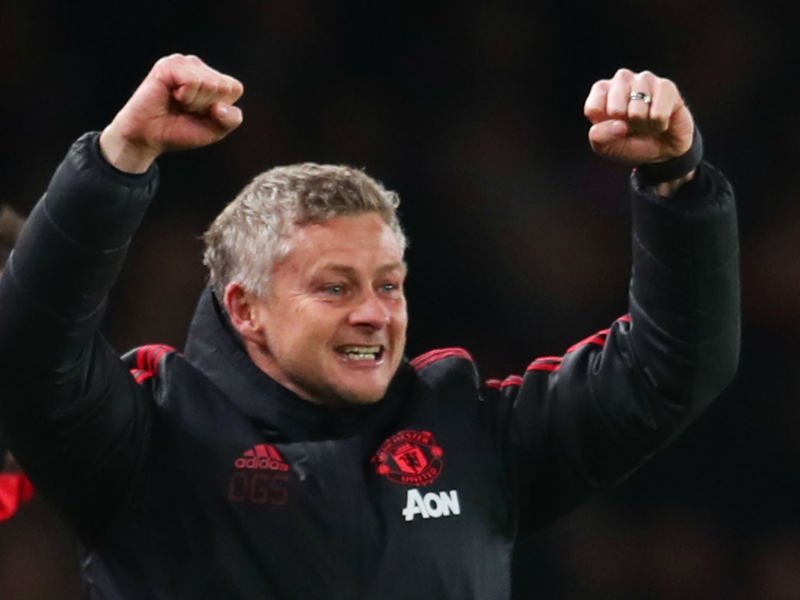 Ole Gunnar Solskjaer thinks his chances of landing the Manchester United manager’s job on a full-time basis depends on the players’ response to his methods.

Solskjaer was announced as the shock interim replacement for Jose Mourinho in December following the Portuguese coach’s sacking and he has made a remarkable impact.

Not only have United won eight of his nine matches at the helm, the football they have played has been a world away from that produced by Mourinho’s team.

Marcus Rashford, Anthony Martial and Paul Pogba – players Mourinho one time or another treated controversially – have excelled, becoming essential for an attack-minded United.

Solskjaer’s strong start has seen some call for him to be given the job on a permanent basis, but he insists his players will have as much to do with any such situation as him, should it come to that.

“This job is like a wheel spinning round,” he told reporters ahead of Sunday’s trip to Leicester City. “I have to make the players perform better.

“If I can get the team playing better, get the players to respond to me, see the results get better and show that the playing style is there, then that will be a big plus for me.

“If we work together as a team and the players respond to that, it’s a big plus for the club.” #MUFC

“But this has never been all about me. I’m not here to talk about myself and other so-called big-name managers. What is a ‘big name’?

“For me, it’s about how you work with the players and work with the club. If I had set myself targets in terms of results, I think that would have been the wrong process.

“When I came in, it was about talking to the players about their performances and what we expect from the playing style.

“I knew that if we could get the playing style right, we would get enough points to be in with a shout of the top four towards the end of the season.”

Solskjaer joined United from Molde officially under the proviso he would return to the Norwegian club at the end of the season.

However, Solskjaer says even Kjell Inge Rokke – Molde’s owner – wants him to get the United job full-time.

“When I rang the Molde owner and told him that United had called, he always knew that this had been my dream,” Solskjaer added.

“Do you know what he said to me? He said: ‘Go over, enjoy yourself – and please don’t come back.’

“In fact, both Molde owners wished me all the best, because they knew this is something I have dreamt about. To get the backing from them was fantastic.

“Of course, if I go back to Molde I will do my best for them – but it now depends when I go back.”