Manchester City boss Pep Guardiola took the time to sample the fine dining at his restaurant Tast in the city centre on Tuesday evening.

Guardiola was accompanied by his wife Cristina Serra as the pair dined out at the eatery famed for its Catalan cuisine.

Check this out  Khamenei's arsenal: A MILLION troops, hundreds of missile launchers and navy for choking oil supply

The City boss, along with club CEO Ferran Soriano and director of football Txiki Begiristain, acquired Tast, which is headed up by two Michelin-starred Catalan chef Paco Perez, back in February. 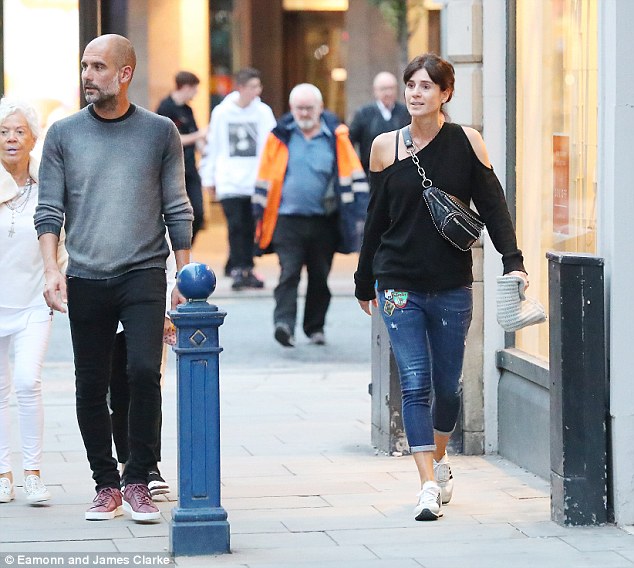 The Spanish manager enters the restaurant, which is located on King Street in Manchester

A MEAL AT TAST

The three-storey restaurant boasts a casual dining and bar area on the ground floor, a first-floor dining room and a second floor with private rooms offering a tasting menu.

Following renovations earlier this year, Tast opened back in July and on a sunny Tuesday evening Guardiola popped along to see how the operation was getting on.

The City boss has put his squad through an arduous pre-season and had to manage the fitness of his returning World Cup stars in the last few weeks ahead of the new season.

However, the Premier League champions’ title defence got off to a roaring start with a convincing 2-0 win over Arsenal last weekend, which certainly gave Guardiola cause to let his hair down.

Another week on the training ground is well underway as Guardiola’s men welcome Huddersfield to the Etihad Stadium on Sunday. 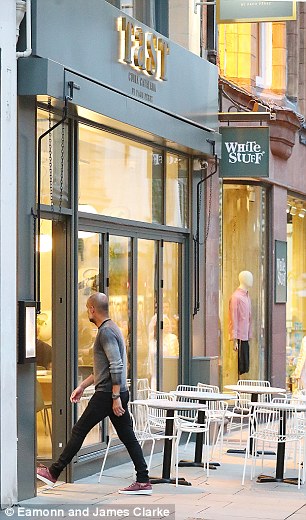