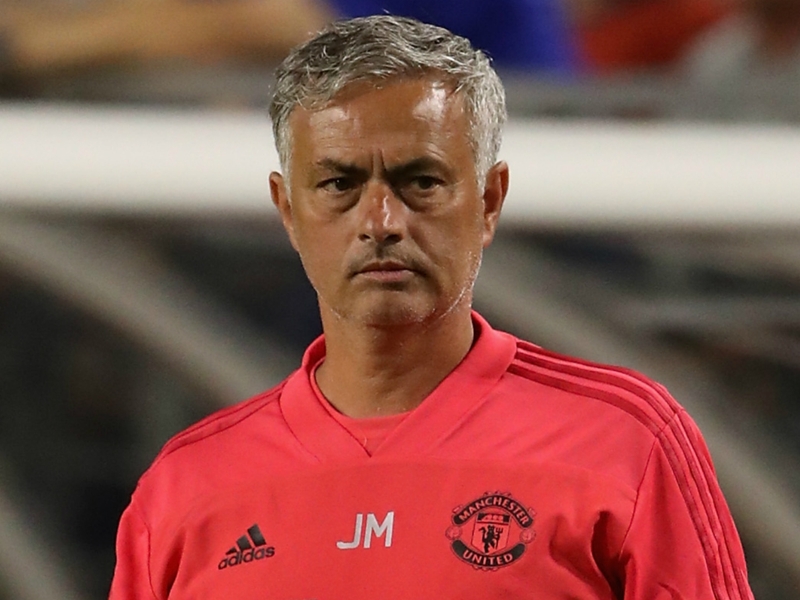 Manchester United manager Jose Mourinho insisted he is happy with his squad heading into the Premier League season, despite the club’s failure to meet his transfer demands.

Lack of new faces has been the source of Mourinho’s frustration during pre-season – a feeling also shared by Alexis Sanchez.

But Mourinho – preparing for his third campaign at United – is ready to enjoy 2018-19 following a runners-up finish last term.

“I have my players and I like my players. I like to work with my players, one lie repeated 1000 times is still a lie, but the perception of people is that it’s true,” Mourinho said.

“When you repeat 1000 times that my relationship with my players is not good, a lie repeated 1000 times is still a lie. I like my players and my group.

“I enjoyed last season, the fight to finish where we finished and to manage the best position this club has had in five years. I’m going to enjoy this season.

“I know the words you want me to say or not to say. It depends on the music, but words don’t come easy [at this stage].”

Mourinho declined to name title favourites for the season, adding that would sort itself out within a few months.

“By the end of November or December you don’t need words, you’ll see by then which teams are candidates to win the Premier League,” he said.

“At the moment, words are not important. Let’s play football and see by the end of November or December. You’ll see then which teams are candidates.”