Terrifying video shows a gang of thugs smash at a suburban front door at least 24 times during a burglary.

The masked thugs showed no fear of any occupants who may have been inside the home, or neighbours.

The incident happened in Loughton, Essex, on Tuesday night at about 9.45pm.

The video, taken from a security camera at the front of the property, was uploaded to a public page called ‘Spotted Enfield’ yesterday.

The clip was captioned: ‘Can your door withstand this type of battering? They were unsuccessful.’

Essex Police confirmed the property was burgled but it is not clear if the crooks had to find another way in.

The video shows one man wearing a baseball cap and a navy top and bottoms battering a door with a sledgehammer.

The thug strikes the door with all his might multiple times before having to stop for a rest. 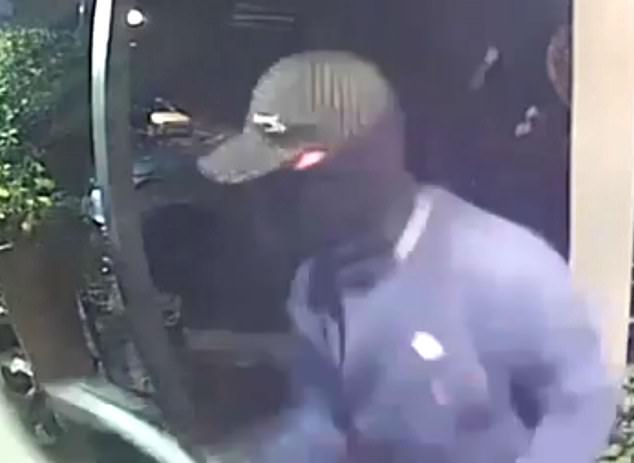 Masked thugs showed no fear of any occupants who may have been inside the home as they attempted to smash into the house in Loughton, Essex, on Tuesday at about 9.45pm 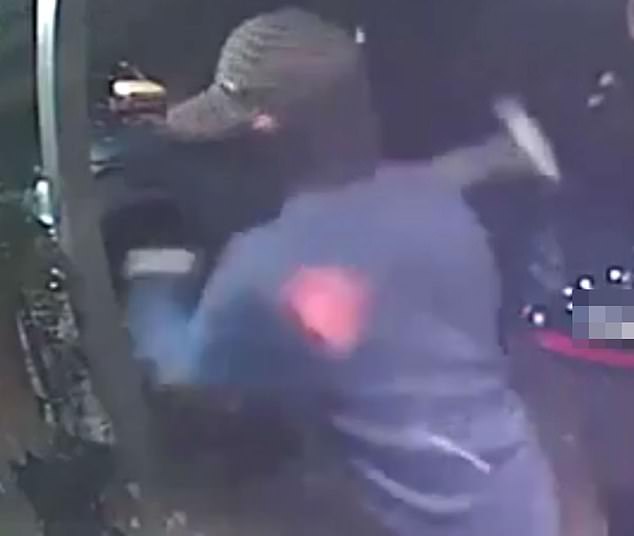 Two other figures emerge from the dark, one armed with a crowbar, and watch their accomplice break down the door.

Each hit results in a cracking sound that echoes through the night. After over 20 attempts the sledgehammer man tries a new tactic, to boot down the door, but is stopped by his colleagues.

The crowbar man puts a flimsy boot into the door which does little damage. The sledgehammer man says to him: ‘Hold that door, hold that door.’ 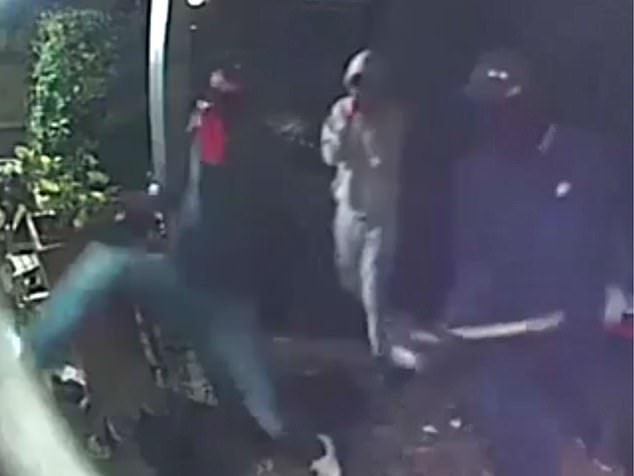 After over 20 attempts the sledgehammer man tries a new tactic, to boot down the door, but is stopped by his colleagues 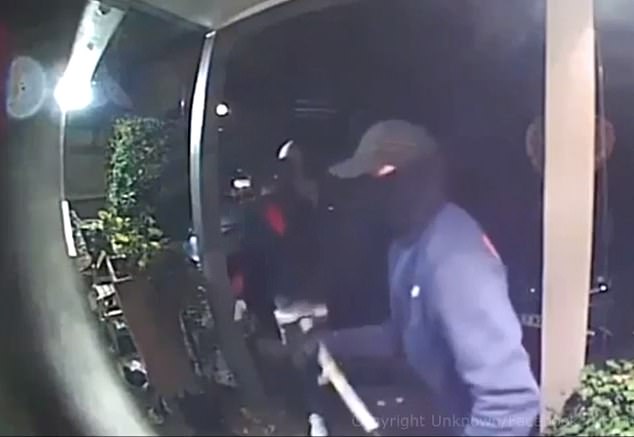 Although they are not seen breaking in, Essex Police confirmed that the suspects forced entry to the property ‘before carrying out a messy search and taking jewellery boxes’

The man with the crowbar puts hit weight into the door while the sledgehammer man prepares to strike.

Three more attempts later and the video cuts out with the men still trying to break in.

The video has angered many viewers, including Natalia Debek, who said: ‘What a twisted world we live in you can’t be safe in your own house. Soon enough we are going to have to place metal bars on our doors and windows for safety just like in America.’

Police confirmed they are looking for the thugs.

A spokesman from Essex Police said: ‘We were called at around 9.50pm on Tuesday 3 December with reports of a burglary at an address in Baldwins Hill, Loughton.

‘We received information that suspects forced entry to the property before carrying out a messy search and taking jewellery boxes.’