Worries about ageing are almost exclusively a concern for the ageing themselves.

The young are too busy living fast to give a thought to what happens when the mind and body start slowing down.

Even in Silicon Valley, where millions are being pumped into research aimed at turning back the clock, the leading practitioners and experts tend to be of a certain age themselves.

Laura Deming is only 25, yet her professional focus is entirely on finding ways to increase the healthy human lifespan of those in their 40s, 50s and beyond.

Her goal isn’t that pie-in-the-sky dream of life without any expiration date, but about how we can live longer, and grow old while still enjoying the physical and mental advantages of being young. 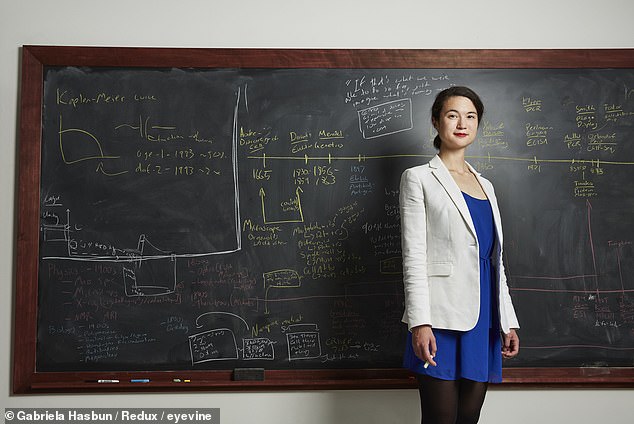 ‘Most people think of the body as something that breaks down over time and is unfixable, similar to a car rusting,’ she says. ‘But there are some cars that have been around since 1910 because people are maintaining them and replacing the parts. Our goal, eventually, is to be able to do that with the human body.

‘It’s trying to figure out what kinds of damage accumulates with age, how to reverse that accumulation and the search for switches that we can flip in human biology to increase a healthy lifespan,’ she says.

The science prodigy turned venture capitalist, who heads her own $37m (£30m) Longevity Fund that backs entrepreneurs developing therapies for age-related diseases, has already racked up some successes.

One company Laura supports is developing a drug that would eliminate senescent cells — decaying cells that are the drivers of many age-associated diseases. Another start-up she is excited about is one that is using the biology of hibernation to aid in recovery from heart attack and stroke.

‘It’s no longer implausible that in the future we will have drugs and therapies that will make us feel healthier or younger later in life, potentially increasing our healthy lifespan,’ she says.

We meet in San Francisco, amid Silicon Valley’s hottest new tech companies. Wearing a flowery sundress and Nike trainers, her dark hair tied back in a ponytail, Laura greets me with a firm handshake and an impish smile.

Dotted about her surprisingly modest office are pictures of illustrious scientists when they were young. She looks extremely youthful herself, with clear eyes and unblemished, make-up-free skin.

There’s the 19th-century Scottish scientist James Clerk Maxwell, who published papers on mathematical physics in his teens; the U.S. computer scientist Margaret Hamilton with the software she and her team produced for the Apollo Space Mission when she was 33; and Serbian-born engineer and physicist Nikola Tesla who, as a young man, designed the alternating current (AC) electric system that still powers the world today. 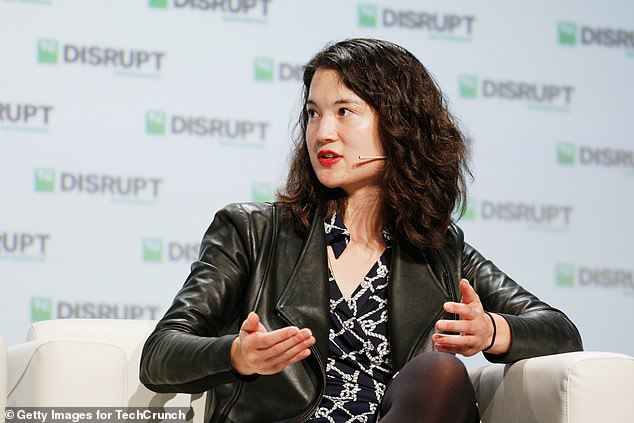 Laura (pictured) who was born in New Zealand in 1994, says her interest in life expectancy was sparked by her maternal grandmother Bertie

‘Some of these great scientists were geeky, awkward kids, who were just figuring life out and that was when their best ideas were coming to fruition,’ she says.

It’s clear she takes her inspiration from them and her own story is remarkable. Born in New Zealand in 1994, Laura admits she was also a ‘geeky kid’ and was home-schooled by her mother Tabitha and father John, who disliked formal education.

Laura says she taught herself calculus, probability and statistics as well as French literature and history.

She also loved science, and her interest in life extension, finding ways to reduce or reverse the effects of ageing, was sparked by her maternal grandmother Bertie, who had neuro-muscular problems in her 70s and 80s.

‘When you see a family member suffering from the ageing process, you realise the rate at which someone ages or the time he or she dies is so random and variable,’ she explains.

‘It’s determined by their environment and their genetics and isn’t set in stone.

‘I wondered “why can’t we predict this?” I thought we should be able to control those factors and change what happens.’

The average UK life expectancy for a woman — it is 79.2 for men

When she was 12, she wrote a fan letter to Cynthia Kenyon, a renowned American molecular biologist, who studies the genetics of ageing and who is now vice-president of the Google-backed healthcare subsidiary Calico.

Kenyon, one of the world’s foremost authorities on ageing, was impressed by the precocious child’s passion and invited Laura to work in her laboratory. Laura’s father, who works in finance and whose job was transferable, agreed to move, and the whole family upped sticks to the United States.

While other boys and girls her age were partying and going to the beach, Laura was in a lab coat conducting experiments with possibly profound implications for the human race.

Soon, she was helping to genetically engineer worms in her mentor’s laboratory to make them live longer. 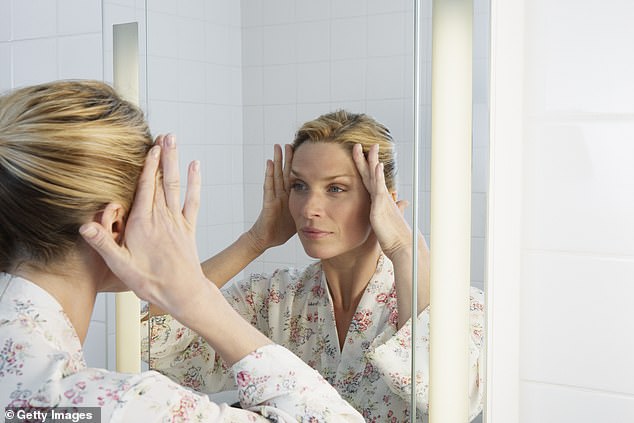 At 14, she got a place at the highly acclaimed Massachusetts Institute of Technology (MIT) and the family moved again, to Boston. ‘I took it for granted that my family let me have these opportunities, but I see now that I was really lucky,’ she laughs.

She was invited to take part in an unusual educational experiment funded by billionaire Peter Thiel, co-founder of PayPal and an early investor in Facebook. He offered her and other bright young things $100,000 (£82,000) over two years to drop out of formal higher education and pursue other work.

Aged 16, Laura grabbed the opportunity and founded her venture capital firm that invests in life-extension technology. Not many people took the teenager seriously at first — unsurprisingly perhaps — but she persisted and has raised millions from investors.

Until the 1980s, anti-ageing research was regarded as a scientific backwater. Then, in the 1990s, researchers discovered that ageing is not necessarily an inevitability.

Separate groups of scientists, including her mentor Cynthia Kenyon, determined that the worm species Caenorhabditis elegans, which is evolutionarily related to the genes that humans have, could be genetically engineered to live twice as long as its usual 20-day lifespan.

‘These worms are fascinating because they were the first animals to challenge the idea that ageing is fixed,’ says Laura.

‘You can genetically change their core DNA and double their lifespan or even increase it ten-fold. It suggests there are pathways to regulate ageing and if there are pathways, there are proteins and that means you can eventually develop drugs.’

It was also discovered that some genes, when mutated, can make mice live longer. 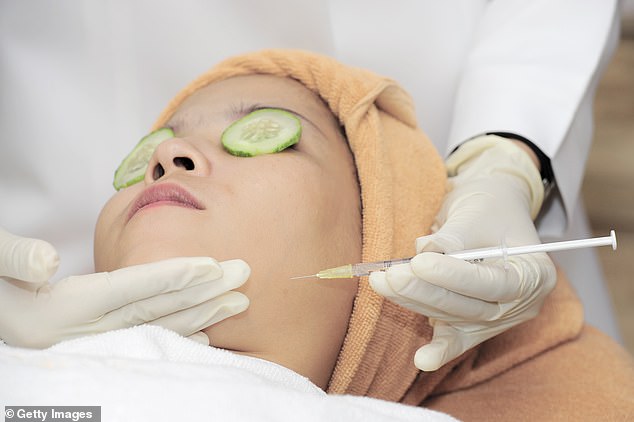 ‘These worms don’t have bones, blood, skin, hearts or any of the things that mice have, but the same genes that are found in worms to make them live longer also make mice live longer.

‘And these fundamental mechanisms in very different species is one of the reasons people are very excited about ageing research. You impact aging in worms and mice and then move onto humans,’ she continues.

Laura’s job is to seek out and invest in ground-breaking research projects that may help undo the ravages of time — and make money for her investors, of course.

She does not believe, however, that we are going to see massive increases in lifespans any time soon.

‘The first drugs to come to market within the next few years will maybe add a couple of years [to lifespans],’ she says. ‘It’s not going to be a big leap, but the exciting thing is that we’re no longer seeing ageing as a pre-ordained decline.’

The most common question she is asked is how do we live longer now, while we wait for the scientists to do their work? What can we do to maximise our chances of living golden years?

Calorie restriction or intermittent fasting (including popular diets such as the 5:2) is popular among people who want to stay youthful longer. In the 1930s, scientists found that feeding rats less made them live longer. It also works in mice, but long-term human studies are sparse, says Laura.

‘I think intermittent fasting — fasting for eight-plus hours a day or five days a month or other cycles — might be helpful, but it’s not going to give you a two-fold increase in lifespan,’ she says. 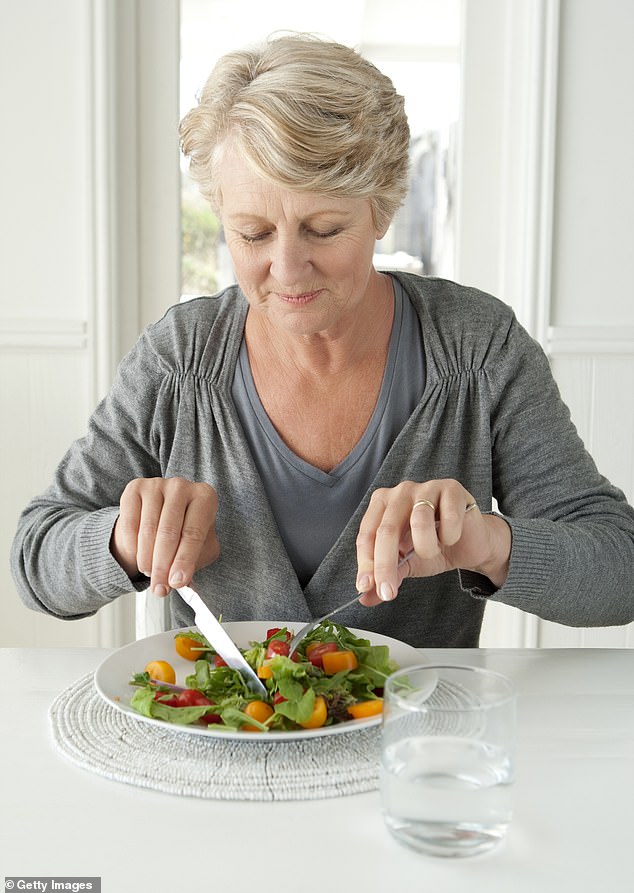 ‘When researchers tried calorie restriction in mice, half lived longer and half of them lived shorter. So, these types of intervention can be helpful, but in a way that might be very personal to each individual.

‘But intermittent fasting has aided recovery in patients undergoing chemotherapy — it makes them more robust — so I think that it could be of interest.’

But she sounds a note of caution about other techniques.

Cryotherapy, where the body is exposed to extremely cold temperatures for several minutes per session, is also said to have rejuvenating effects. ‘I don’t know enough about it to recommend it,’ she shrugs.

Check this out  In pictures: Stars dazzle for 2018 Emmys

Parabiosis, the transfusion (or drinking) of blood from a younger person, has been thought to be a rejuvenation method since ancient times.

In 2011, research was published showing that injecting young blood into old mice made them better at remembering things, and improved heart and muscle function. This led to a wave of start-ups offering the procedure for humans.

‘These things are very much unproven. We don’t have any evidence they work. I wouldn’t say I know enough to say they would never work, but I would not recommend that anybody go and look for a blood transfusion clinic,’ she laughs.

There may already be some drugs on the market, however, that can help with anti-ageing, she points out. 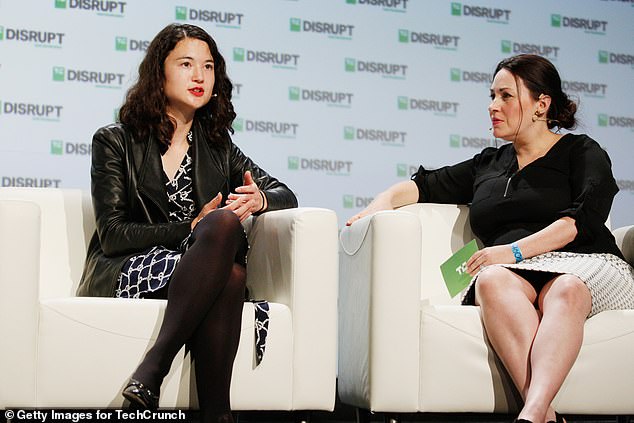 The drug metaformin, which is taken by millions of people with Type 2 diabetes, is thought to add more benefits to patients’ lives than just treating their illness. Research is ongoing into whether this drug also helps with cognitive function as well as giving protection against Alzheimer’s, cancer and heart disease.

Trials of an immune function drug called rapamycin are under way with hundreds of elderly patients in the U.S., she says, to see if it has anti-ageing properties.

‘We know rapamycin makes mice live ten to 14 per cent longer than normal and it appears to be making these patients healthier and improve their immune system function later in life so that’s hopeful,’ she says.

Of course, Laura points out, other ways of getting the best out of our advancing years is to eat well, exercise and have a purpose in our lives. These are all terrific anti-ageing medicines.

‘I wish I could give you an answer, but it would be scientifically inaccurate to try,’ she laughs. ‘We could not predict in the 1950s that we could make worms or mice live twice as long as normal. On some level, the difficulty is not the science, but the time and cost of drug development — to achieve that would take a very sobering timeframe,’ says Laura.

I ask this 25-year-old if she personally worries about living to a ripe old age.

With the nonchalance of the young, she says she does not do anything special to take care of her health. ‘I should exercise more, and I eat a lot of cookies and chocolate,’ she confesses.

‘What I care about is not lifespan, it’s being cognitively alert as long as possible,’ she says. ‘I would love to tutor my grandchildren in their scientific projects, to be able to be properly conversant with them.

‘Ageing without illness — that’s the goal. What we want is to be able to give everyone in the world the ability to choose how long they want to live.

‘It’s about having the freedom of choice. I think that’s the most you can do.’