By Valerie Edwards For Dailymail.com and Associated Press

Secretary of State Mike Pompeo expressed US ‘outrage’ in a meeting Sunday with Egyptian President Abdel Fattah el-Sisi over the death of an American national imprisoned in Egypt since 2013.

Mustafa Kassem, a 54-year-old Egyptian-American who suffered from diabetes and heart problems, died January 13 after a hunger strike in which he ceased drinking fluids for four days before his death.

Pompeo, who met with the Egyptian president in Berlin on the sidelines of an international conference on Libya, ‘expressed outrage over the pointless and tragic death of detained US citizen Mustafa Kassem in Egypt,’ State Department spokeswoman Morgan Ortagus said in a statement. 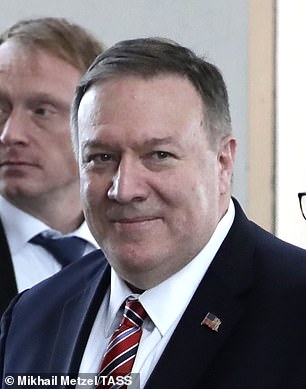 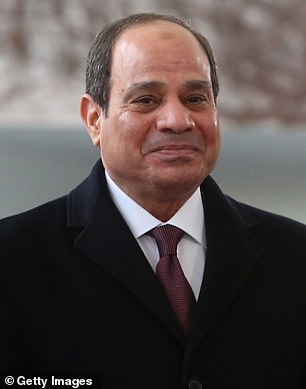 Pompeo had raised Kassem’s case with the Egyptian authorities before his death in custody, and the top US diplomat for the Middle East, David Schenker, has denounced it as ‘needless, tragic and avoidable’.

Kassem, who had emigrated to the United States and was a naturalized US citizen, was arrested in the summer of 2013 while in Cairo on a home visit in what his lawyers described as a vast dragnet during the violent dispersal of an Islamist sit-in that killed hundreds of people.

He had gone out to change money when soldiers asked for his papers only to beat and arrest him after he presented his US passport, according to lawyers representing his family.

He was sentenced in 2018 to 15 years in prison for allegedly taking part in anti-government demonstrations, but his lawyers said no evidence was presented against him personally during a mass trial that also included 700 other accused.

Kassem maintained his innocence throughout his detention and started a hunger strike last year in protest.

Washington had recently stepped up its remonstrations with the Egyptian government, despite the regular displays of friendship between President Donald Trump and his Egyptian counterpart. 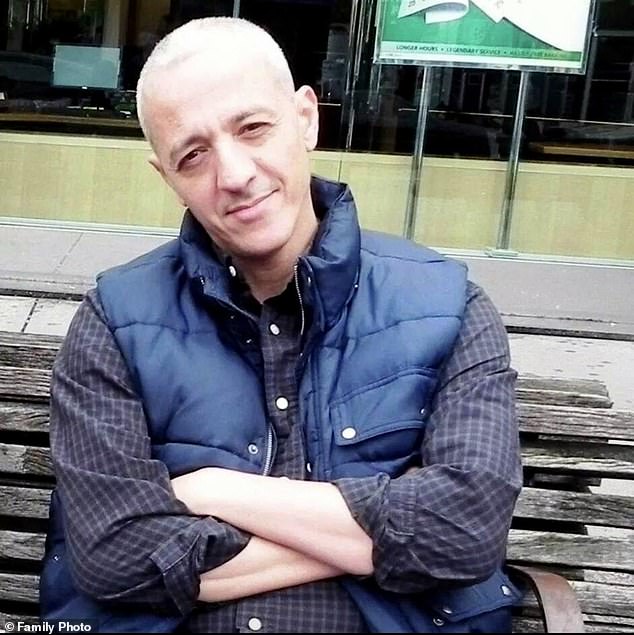 Mustafa Kassem (pictured), a 54-year-old Egyptian-American who suffered from diabetes and heart problems, died January 13 after a hunger strike in which he ceased drinking fluids for four days before his death

Check this out  15 aboard Hawaii flight treated after pepper spray goes...

The death of the auto parts dealer from Long Island, New York prompted an outcry from human rights groups, as well as accusations of medical negligence in Egypt’s prisons.

Activists and foreign affairs experts have called for the Trump administration to penalize its staunch Middle Eastern ally by slashing millions of dollars in security assistance.

The US grants $1.2billion in annual military aid to Egypt.

Pompeo expressed concern about freedom of the press and human rights in Egypt, in response to a series of arrests of journalists, intellectuals and activists following a rare outbreak of demonstrations against general-turned-president el-Sissi.

El-Sisi came to power in the summer of 2013 and has overseen a sweeping crackdown on dissent, jailing thousands.