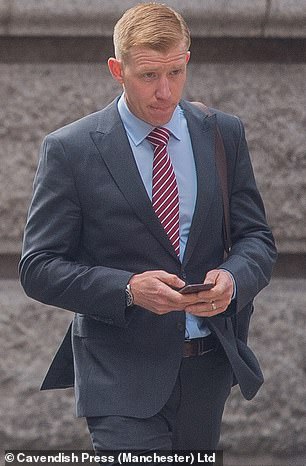 A military doctor who attacked his wife as he struggled with his father’s terminal illness and the trauma of helping child terror victims will keep his job.

Army Major David Roscoe admitted that he’d bottled up emotions after working with survivors of the Manchester Arena suicide bombing.

The 41-year-old grabbed GP Louise by the arms, branding her a ‘f***ing c***’ and a ‘stupid moron’ as they rowed over who should pick up their puppy’s poo.

He pushed the 39-year-old out of their home in Denton, Lincolnshire, while their three children were in a playroom.

Roscoe – who also treated Iraq War veterans at an military rehabilitation centre in Loughborough – was arrested and convicted of common assault.

Last week he faced a disciplinary hearing where it emerged the incident took place after Roscoe spent six months away from home rehabilitating children injured in the 2017 attack, in which Salman Abedi murdered 22 people.

He claimed his ‘stiff upper lip’ and ‘Commando mentality’ meant he thought he could ‘deal with more than he could’ and he has since undergone counselling.

Roscoe who has reconciled with his wife said in a statement: ‘I am deeply ashamed of both the assault but also the impact and fallout that this has had on everyone associated with me.

‘I have been very proud to be a firstly a Royal Navy Officer and latterly an Army Officer and my behaviour falls well below the professional military standards expected of me and those which I have set for myself. 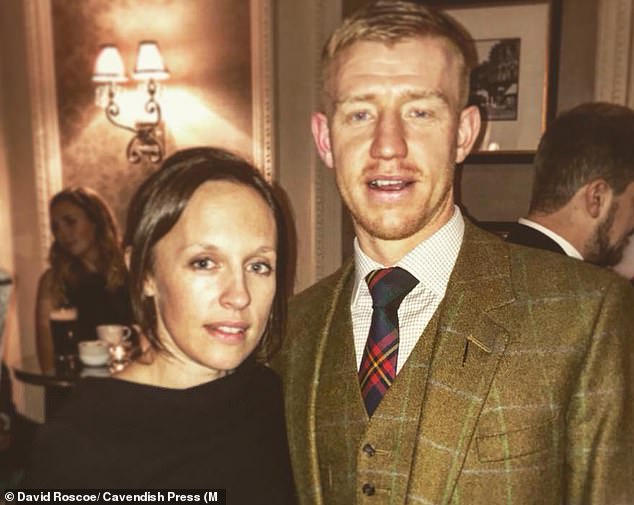 Roscoe (pictured with his wife, Louise) attacked the GP as he struggle with trauma suffered helping survivors of the Manchester suicide bombing and his father’s terminal illness

‘The counselling sessions have allowed me to explore and discuss personal issues that I have kept to myself for many years and I can see that has had an extremely burdensome and negative effect on me. I have come to accept that at times I have expected too much of myself. Things don’t fall apart if it is not me who is doing them.’

At the Medical Practitioners Tribunal Service in Manchester, Roscoe – whose father was a Royal Marine – was found guilty of serious professional misconduct but told no action would be taken against him and he is free to carry on working in medicine.

The General Medical Council had called for him to be suspended from medical practice.

Panel chairman Rachel Birks said that Roscoe was ‘visibly upset by his behavior’, has ‘taken full responsibility’ and admits when he is struggling.

‘He gave evidence about talking more and sharing his problems and experiences that whereas previously he felt that nobody would listen,’ she said. ‘Now now that he has opened up, everyone wants to listen. The Tribunal has seen for itself how open and willing Dr Roscoe now is to talk about his problems.’

She added that there were ‘exceptional’ stressors due to his professional circumstances and found him ‘highly unlikely’ to repeat the behaviour.

Roscoe and his wife – who have been together for 19 year – met at medical school at Leicester University.

Police attended their home on January 29 last year. After swearing at his wife Roscoe told her he wanted her to leave and then put both his hands on the top part of her arms and pushed her backwards out of the house. 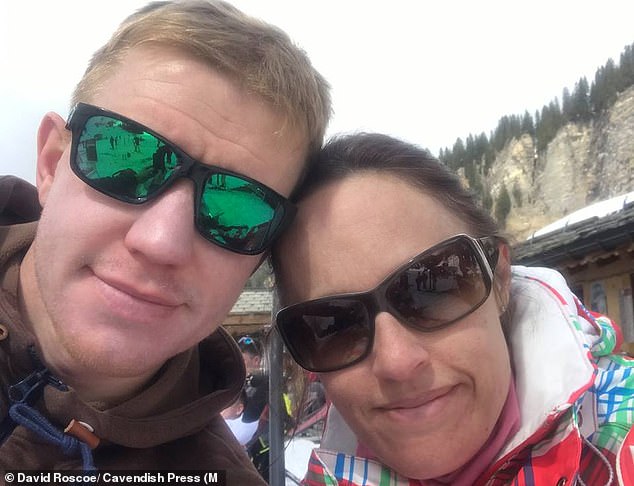 Roscoe and his wife, Louise, are back on track, he told the hearing, as he admitted that he had bottled up his trauma

Mrs Roscoe told police her husband was ‘unable to deal with things that were not up to his standard’ and would get frustrated over ‘minor things’ and would use his career in the military to ‘belittle’ her ‘as a wife and as a mother.’

Roscoe was given a conditional discharge for 18 months and ordered to pay costs of £105 when he appeared before Lincolnshire magistrates in March last year. He later referred himself to the GMC.

He told the hearing he’d been brought up to have a ‘stiff upper lip’ but in the year leading up to the assault he’d found out that his father was terminally ill. Roscoe also told the hearing he had a disabled brother and he tried to deal with the ‘manic’ build-up of worries with exercise.

‘Looking back to the incident, I just feel ashamed that it had got to that, it feels like I was a different person,’ he said. ‘I have no doubt my behaviour was wrong and my wife shouldn’t have had to suffer. She was clearly scared. I knew she was scared of what was going on, she was scared when I was suggesting the marriage was breaking up.

‘I’m not looking to excuse my behaviour. I suppose I had the commando mentality of “just deal with it”. My training post was disintegrating and it was something I had worked towards. I had been living away from home for six months. I was overwhelmed at the Manchester bombing, it just felt like another mountain coming at me.

‘At the time I lost touch with everybody and felt lonely but my marriage is different now. It was the perfect storm of life events. We, my wife and myself, are a team now’.

A senior doctor at the Royal Manchester Children’s Hospital which treated victims of the Arena attack gave a testoninal which said: ‘He has been open and honest about the issues that bring him to the tribunal.

‘I have been privileged to be party to his reflections on the difficulties that have brought him to this and he continues to impress with his professionalism and kindness throughout’.

Roscoe’s lawyer Claire Watson told the hearing: ‘There is a public interest in competent doctors, like Dr Roscoe, remaining in practice. His conduct in this case was truly uncharacteristic and it was an isolated incident, which occurred in unique circumstances.

‘He has excelled in his career in the military and testimonial evidence paints a picture of a conscientious, hardworking doctor with a caring and selfless attitude. ‘Dr Roscoe is not a man with anger management problems, but a man who did not seek help early enough and broke down because of truly exceptional stressors.’ 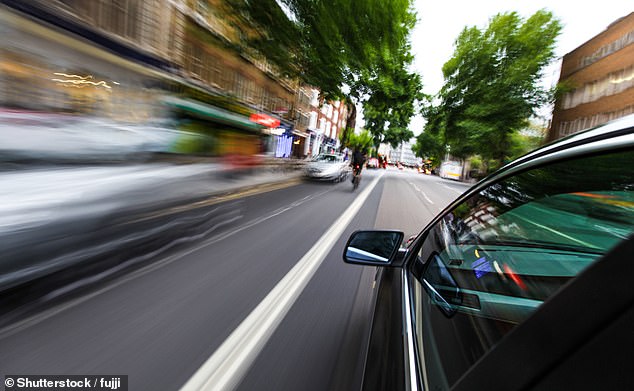 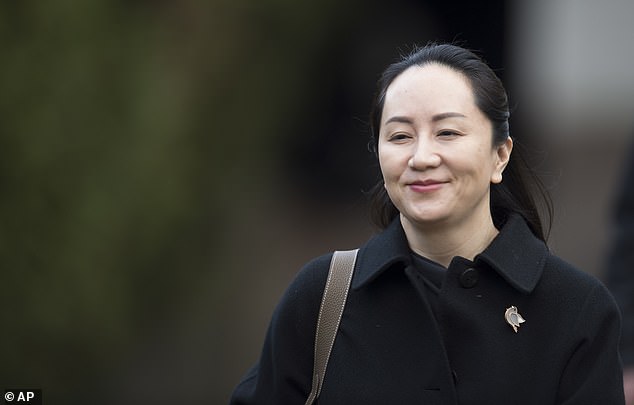 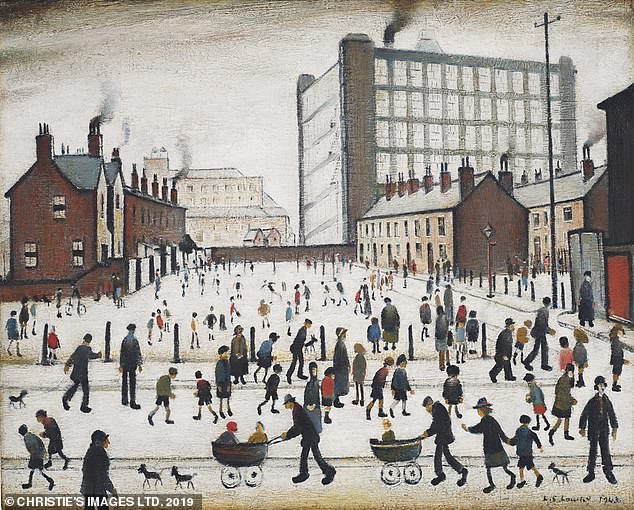 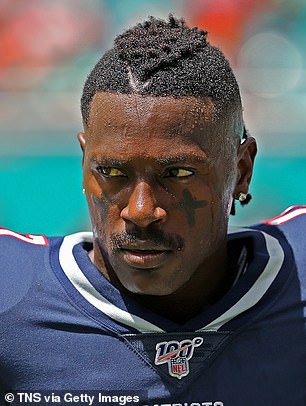