This is the moment the Kenyan president appears to forget Boris Johnson’s name during a press conference with Theresa May and refers to him as ‘the bicycle guy.’

Uhuru Kenyatta, who came to power in 2013, was seeking to remind dignitaries and assembled media of the former foreign secretary’s visit to the country.

However he had a spot of bother remembering Mr Johnson’s name and ended up calling him ‘the bicycle guy.’

Mrs May could not resist a wry smile at the embarrassing incident – which demonstrated again her inability to escape mentions of her biggest Tory rival.

Mr Kenyatta was asked about the agreement to allow stolen funds in Britain to be returned to fund Kenyan health, education and other development projects.

He said: ‘Last year if you recall the foreign secretary – then Boris, erm, Boris, Boris Johnson – the bicycle guy – Boris Johnson was here with ambulances. 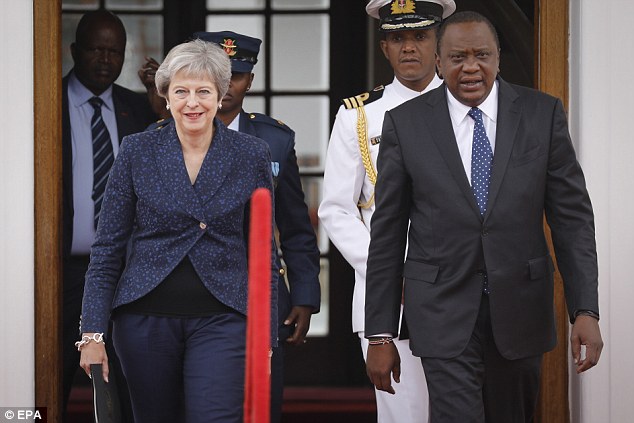 Theresa May walking with Uhuru Kenyatta while on the last stop of her three-country tour of Africa. She has also been to South Africa and Nigeria 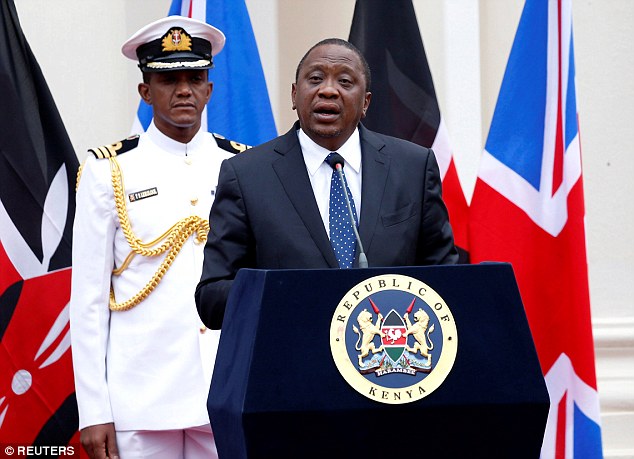 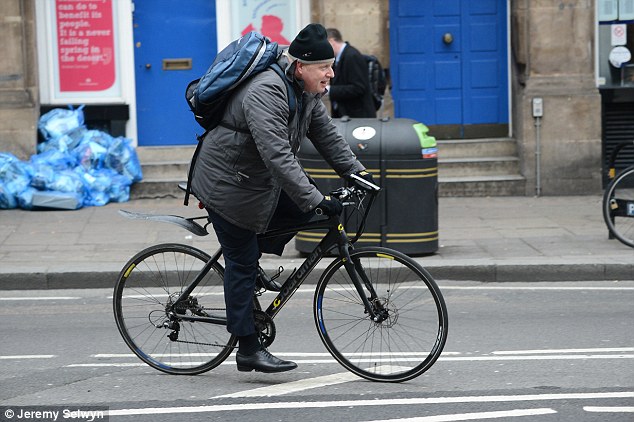 ‘These ambulances were bought courtesy of funds that had been seized, returned and utilised to buy ambulances which were distributed across the country.

‘I believe this only strengthens that and the ability of our two countries and legal systems to be able to work together to ensure that any assets that may have been acquired in the United Kingdom – that are associated with corruption or any other such crime – are successfully returned and put to use for the benefit of the people of the republic.’

Mr Johnson’s new nickname is sure to amuse Theresa May who was put under pressure as leader after he quit as foreign secretary earlier this year over Brexit.

Speculation has been mounting that he will launch a bid to oust the PM in the coming months.

Mrs May is currently on a three-day visit to Africa meeting political leaders and unveiling support to tackle instability and boost security across the region.

She is the first British Prime Minister to visit sub-Saharan Africa for five years and the first to go to Kenya in 30 years.

Another key pillar of the visit is to promote trade opportunities and boost economic ties with African nations in preparation for when Britain leaves the EU next year.

With that in mind the Prime Minister is travelling with a large business delegation and will firmly have trade in the forefront of her mind.

Yesterday she said Britain would fund a new ‘cyber centre’ to target UK paedophiles operating in Kenya, on the final stop of her tour.

Speaking at a joint press conference with Kenya’s President Uhuru Kenyatta, the Prime Minister confirmed the new ties between London and Nairobi.

The HQ will help police in the African country stop sick images being produced and distributed online.

Check this out  Inside the Love Island wrap party: Caroline Flack sees out series four with a silent disco

Currently the Kenyan authorities do not receive information from US-based global tech companies flagging up vile material because they do not have secure enough communications.

Mrs May also hailed new trade links, insisting it was mutually beneficial and telling reporters: ‘Investment here in Kenya will be good for Britain as well.’

The cyber unit is part of a wider UK-Kenya security agreement, which will be signed during the visit by Africa minister Harriett Baldwin and Kenya’s Cabinet Secretary for Foreign Affairs, Monica Juma.

British support will also include helping Kenya tackle violence against girls and women, and sharing expertise to strengthen the procedures for processing complex terrorist and organised crime cases.

The deal will see aviation security boosted with machines to detect explosives, protecting the 100,000 Brits who visit Kenya every year.