Time to check down the back of your sofa! More than £1.5bn in old fivers and tenners has STILL not been cashed in a year after they stopped being legal tender

The public has failed to cash in more than £1.5 billion worth of old five and ten pound notes since they ceased being legal tender more than a year ago.

In May 2017, the paper £5 notes were withdrawn with the £10 notes following in March 2018. Both were replaced by the new polymer notes.

The Bank of England offered to exchange the old tender free of charge if members of the public posted them or brought them to their London address on Threadneedle Street. 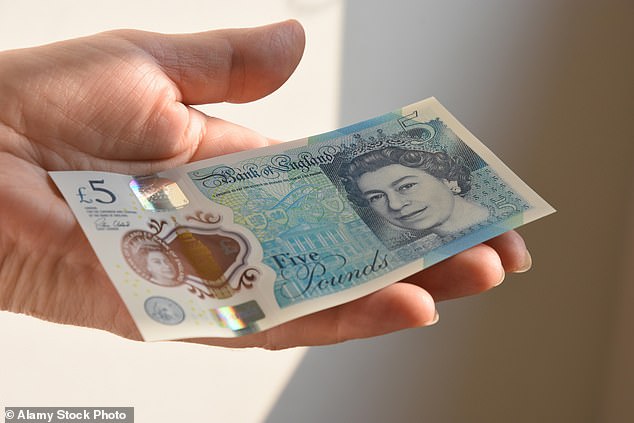 Pictured is one of the new polymer £5 notes. The Bank of England has said that there are 118 million of the older paper notes which have still not been returned

The Bank of England said there are 118 million paper £5 notes and 95 million £10 paper notes yet to be handed in, equalling around £1.5 billion.

A spokeswoman from the bank said the returned amount of £5 notes was lower than expected while the £10 notes returned were in line with expectation at around 697 million.

Check this out  'Are you not ashamed?' Fans SLAM Phillip Schofield for seemingly ignoring This Morning feud rumours

She added that people may not have seen any point returning the £5 notes or may have wanted to keep them as souvenirs.

The banknotes withdrawn from circulation ‘retain their face value for all time,’ she said. 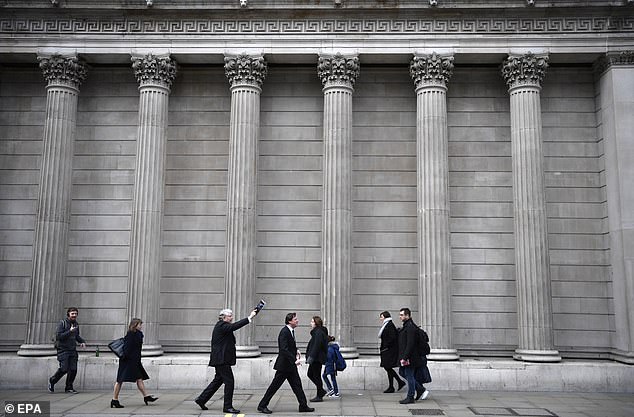 Workers pass outside the Bank of England on Threadneedle Street in London earlier this year. A spokeswoman for the bank said that old notes can be exchanged at face value at the bank or by sending the notes by post

‘There is no fee for this service and there is no expiry on the period in which we will exchange old notes. Banknotes can also be exchanged by post.’

The Bank of England drew criticism from vegans, animal rights and religious activists, after it was discovered that the new polymer notes would contain trace amounts of animal fats.

Despite the uproar, the bank said stopping production and withdrawal of the notes could give rise to counterfeiting cause a greater environmental impact.

Check this out  Yum profits strong in 2Q, some weakness in same-store...

The bank also replaced the old circular £1 coin with a chunky 12-sided version in October 2017.

Vegans and vegetarians pledged to boycott the £5 note when it was released after it emerged it contained tallow, a type of animal fat.

The Bank said at the time that it may use palm oil as an alternative – although environmentalists were not happy about that either.

Controversial palm oil, often found in peanut butter, has been linked to deforestation on a large scale as trees are cleared to make way for plantations.

The Bank of England said it was the ‘only practical alternative’.