More than 1,000 dementia patients are ‘dumped in hospitals’ every DAY because of UK’s crumbling social care system, figures reveal

By Eleanor Hayward For The Daily Mail

Record numbers of dementia sufferers are being ‘dumped in hospital’ because of the collapsing social care system.

The number of emergency hospital admissions for those with the condition has reached 379,004 a year, or more than 1,000 a day. The annual number has soared by 100,000 in just five years, an astonishing rise of 35 per cent.

Of those admitted to hospital, more than 40,000 ended up stranded there for more than a month, NHS data showed. 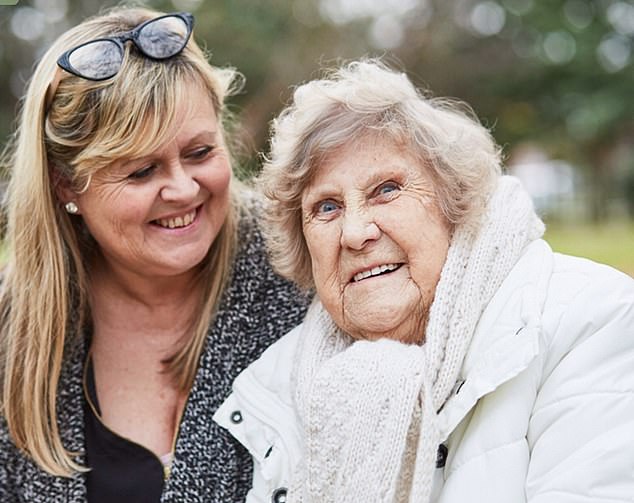 Sam Evans, 45, of Portsmouth, said her mother Dotty Harman, 91, spent four months trapped in hospital because there was no social care place for her

Last night, the Alzheimer’s Society said elderly dementia sufferers were ‘falling through the cracks’ of the system.

They are often admitted for falls, dehydration or infections that could have been avoided if they received adequate social care. Many patients then become stuck in hospital despite being medically fit to leave, because there is no place for them in a care home.

The emergency admissions, combined with the cost of keeping dementia patients in hospital, cost the NHS £445million a year.

The Daily Mail is campaigning for an end to the dementia care crisis which forces thousands of people to sell their homes to fund crippling care costs. 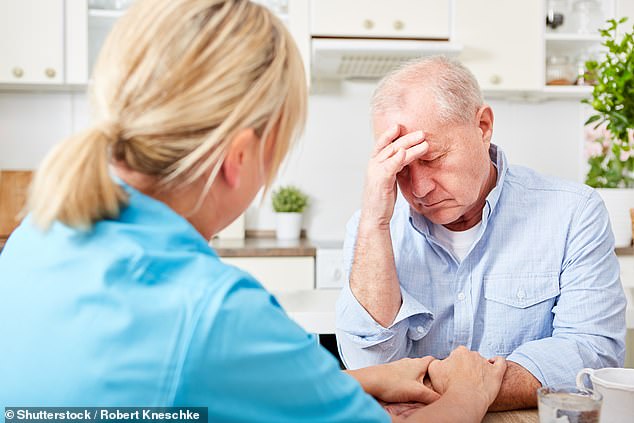 The number of emergency hospital admissions for those with the condition has reached 379,004 a year, or more than 1,000 a day

Sally Copley, of the Alzheimer’s Society, said: ‘Families across Britain have been privately struggling to care for their loved ones with dementia, left to pick up the pieces of a social care system that’s coming apart at the seams. This can’t go on any longer. The Government must live up to its promise to fix dementia care.’

The figures from NHS Digital, analysed by the Alzheimer’s Society, lay bare the ‘intolerable’ strain of the crisis on the NHS and families.

In 2017-2018, the latest year for which figures are available, about half of the 650,000 people in England with dementia went through an emergency hospital admission.

Alzheimer’s Society chief Jeremy Hughes said the figures show ‘the stark reality of how many people with dementia are left to fall through the cracks in our broken social care system’. 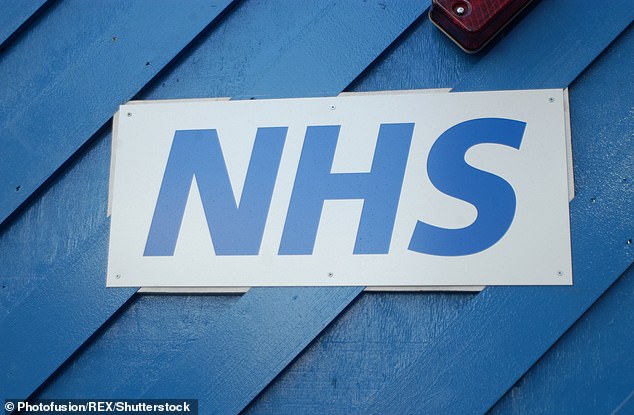 Check this out  After 28 years, Jason Donovan is back on stage in Joseph... and he's still braving a loincloth

Of those admitted to hospital, more than 40,000 ended up stranded there for more than a month, NHS data showed

He added: ‘People with dementia are all too often being dumped in hospital and left there for long stays. Many are only admitted because there’s no social care support to keep them safe at home.’

In his first speech as Prime Minister, Boris Johnson promised to ‘fix the social care crisis once and for all’. But he has failed to outline any clear plans.

Sam Evans, 45, of Portsmouth, said her mother Dotty Harman, 91, spent four months trapped in hospital because there was no social care place for her.

Mrs Evans, 45, said: ‘The ward was full of people with dementia who needed to be in a home where they could live properly, it was heartbreaking. My mum became really distressed and unhappy – she didn’t understand where she was or why she was there.’

The Department of Health and Social Care said: ‘We have given councils an extra £1.5billion next year for children and adults’ social care and are determined to find a long-term solution so that every person is treated with dignity and offered the security they deserve.’

The figure, which includes unsettled claims and estimates of future claims, was secured via Freedom of Information requests by the BBC.

The NHS receives more than 10,000 compensation claims each year. Legal bodies said the cost is driven by failures in safety and a culture in which patients’ concerns are not listened to.

The Department of Health has pledged to tackle the ‘unsustainable rise’ in the cost of clinical negligence. Health bosses have been trying for years to tackle what they describe as a ‘compensation culture’ in the NHS.

But solicitors said patients sue because medical authorities do not listen. Suzanne White, of the Association of Personal Injury Lawyers, said: ‘What they want is to find out what went wrong.’

Dr Christine Tomkin, of the Medical Defence Union, which supports doctors at risk of litigation, said: ‘We are awarding compensation in sums of money higher than almost anywhere in the world.’