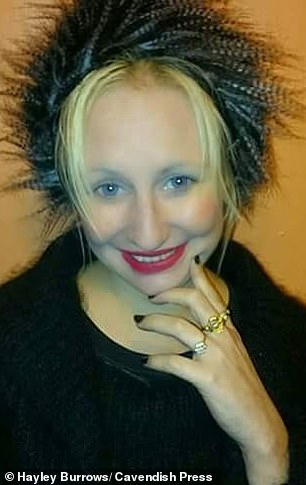 A mother-of-one took her own life after an intimate video of her and an ex-boyfriend filmed covertly was leaked on social media, an inquest heard today.

Hayley Burrows was left devastated after a passerby took recorded mobile phone footage of her with an ex-boyfriend in a churchyard.

The video was believed to have been posted online by a dog walker in June last year after the stay-at-home mother met up with a former partner.

Relatives thought the 36-year-old had ‘shrugged off the tape’ which was viewed by some 35,000 people.

But nine months later Ms Burrows was found hanged by her long term partner at their home in Oldham, Greater Manchester after they had enjoyed an evening in the pub together.

It emerged she had twice taken overdoses and had ‘been bottling up her emotions.’

David Rowbotham, the father of Ms Burrows’ 23-month-child via IVF, said he feared the video footage may have contributed to her death.

Mr Rowbotham, who met Miss Burrows 14 years ago, told the inquest she had ‘laughed off the social media coverage she laughed it off and got back to being her normal self, just trying to forget about it.’

He added: ‘We never spoke about it although it was strange for a few weeks between us. We’d just had a baby who was six months old at the time. I had to see if I could forgive her. Then over the next few months things did get better. 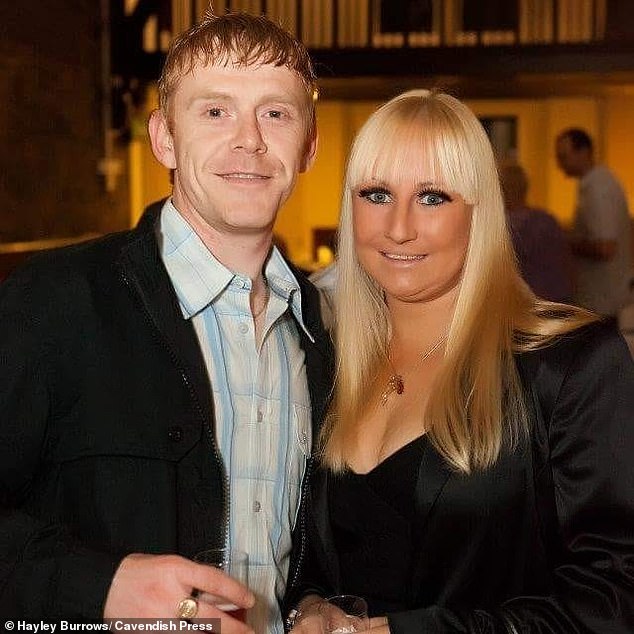 Check this out  Crime pays for the eco mob! Extinction Rebellion coin in £40,000-a-day in donations

David Rowbotham, the father of Ms Burrows’ 23-month-child via IVF, said he feared the video footage may have contributed to her death. The couple are pictured here together

‘I’m not sure if that whole situation had something to do with her taking her own life. She had very good friends and cousins and she was a very bubbly girl. But she could be good at hiding things and she probably wouldn’t tell me if things were bothering her.

‘She was a tough person but what happened last year could have had an effect. It’s possible.’

Mr Rowbotham said they had a baby after IVF treatment and his partner was ‘happy with being a mother’ and ‘loved her son to bits.’

He added: ‘She would talk about the future and our son getting to school. Her plan was to get him into nursery then look to go back to work part time.’

Mr Rowbotham said they had been out to a pub the day before he found her on March 30 this year. He added: ‘I woke up and got dressed for work in a rush and left. I tried to call her from work at 11.45am but couldn’t reach her and I didn’t think much of it.

‘When I came back from work I went upstairs and found her. She’d never spoken about taking her own life before. She wasn’t suffering from depression that I know of.

‘There was nothing odd in the weeks leading up to her death. I don’t know if this was just a cry for help and I don’t think she wanted to do it. She had so much to live for.’

Check this out  Police searching for Trump Tower jewel thief suspected of swiping $350,000 in jewelry from renters

Police later found several empty wine bottles in the room with tests showing she had 189 milligrams of alcohol per litre of blood in her system.

The hearing was told Miss Burrows took overdoses in 2009 and on April last year before the video went public, which her family did not know about.

Ms Burrows’ mother Jacqueline, 61, described her daughter as a ‘clever girl and a great mum.’

She said: ‘She had lots of close friends and we were very close as a family. We’d see her every day or she’d call us.

‘On March 29 we went for a drink with Hayley and David and were talking about Mother’s Day and laughing and joking.

‘The next day whilst we had the baby, we got a knock at the door and it was the police. We thought Hayley had bumped her car or something. Then we were given the worst news in the world. Then David came round and he was in an absolute state of shock.

‘If something was troubling her she tended to bottle it up. The issue with social media and the public interest that generated – she was ashamed after it but she bounced back. David was prepared to stand by her.

‘She got through it and we never thought she’d do anything like this. Today is the first I’m hearing about her previous attempts.’

She said her daughter had booked a family holiday, a day racing a car on a track and plans to go back to work.

She added: ‘We were retiring so we could look after the baby a bit more. We’re trying to get our head round it but can’t. She had everything to live for. She had a new baby a new car and had no relationship problems with David. She had ups and downs like everyone but nothing major.’

Det Insp Lee Hopwood told the inquest the couple ‘had a silly argument’ when they returned home from the pub so Mr Rowbotham slept on the couch.

Police found no note or cause to suspect third party involvement.

Recording a conclusion of suicide coroner Julie Robertson said: ‘In this case I understand that members of the family feel this is very uncharacteristic of Hayley and feel this is not something she intended to do and was possibly a cry for help.

‘However I am satisfied it was a deliberate act and that she knew the consequence would be her death. I have no doubt that she had a very close relationship with every one of you. But she did not always confide in you and she was someone who bottled things up. Considering that alongside her previous attempt, I do believe she intended to take her own life.’