In today’s world, many of us spend our days glued to our computer screens, only to head home where we spend our evenings on our iPhones.

This is exactly why one woman, Virginia Tapp, decided to ditch her iPhone – for good.

After getting rid of the smart device and replacing it with a basic model, the 27-year-old mother-of-two from New South Wales said she has never had better energy levels or such good concentration.

Here, Virginia reveals why quitting her iPhone helped ‘part of my brain to grow back’, and how it could help you too. 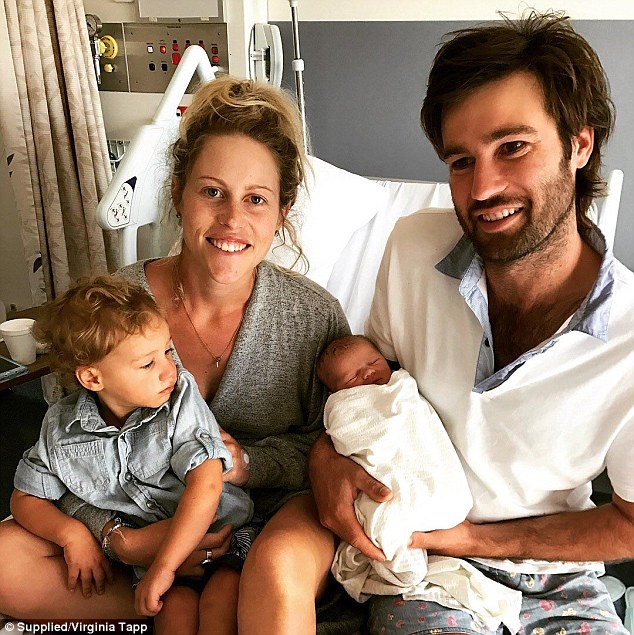 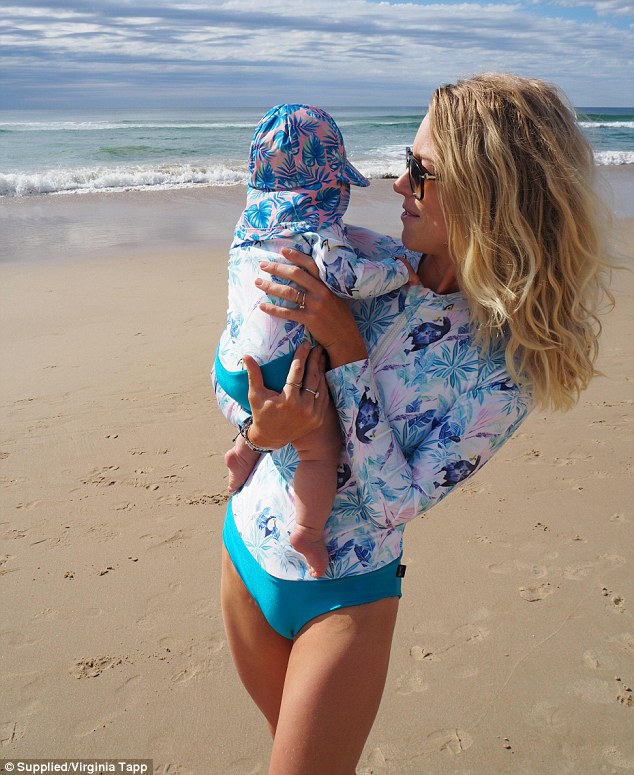 According to the 27-year-old (pictured with one of her children), she wasn’t always addicted to her iPhone, but it developed because she was working and breastfeeding

According to the 27-year-old, who blogs at Bush Bambinos, while she wasn’t always ‘addicted’ to her iPhone, it ‘developed due to a combination of things’.

‘I work in freelance writing and PR which is a job that requires heavy social media, email and general phone use,’ she explained on her blog.

‘I’ve also breastfed two babies and it’s hard not to reach for your phone when you’re sitting down to feed 8 to 12 times a day.’

Virginia said her overuse of her phone struck her first three years ago when she was breastfeeding, as ‘something didn’t feel quite right’ about how the phone use might be affecting her child.

The second reason was the mum-of-two’s own mental health. She said she would compulsively check her phone in the lead up to quitting and ‘it was exhausting’.

‘At the height of my addiction, I was constantly forgetting things, I was very touchy and I found it extremely difficult to maintain focus on stories I was writing,’ Virginia said. 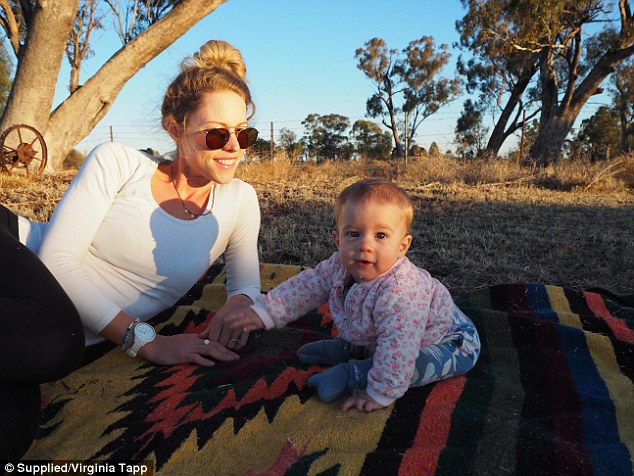 Taking matters into her own hands two months ago, Virginia went into a post office and bought a $50 basic phone – she said she wasn’t ‘capable of a healthy relationship’ with her iPhone

Taking matters into her own hands two months ago, Virginia said she went into her local post office and bought a $50 basic phone.

She said she realised she was ‘not capable of a healthy relationship’ with her technology:

‘I was like an alcoholic working behind a bar. My iPhone had to go,’ she said.

And before she knew it, she felt better about herself.

‘As the day wore on I noticed my actions flowing more easily – it wasn’t disjointed, haphazard and constantly interrupted by a lit up screen or phone vibrating. I got more done but I felt less busy,’ she wrote.

Virginia was also in a better mood and had more energy. 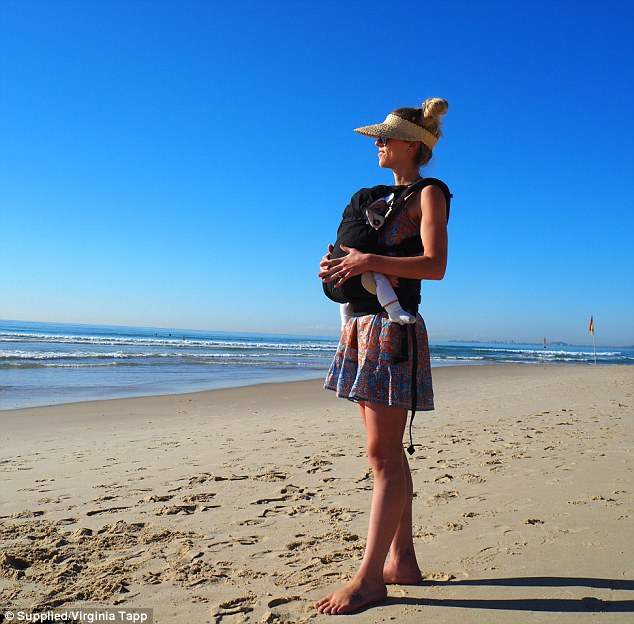 While the busy working mum (pictured with one of her kids) said that the majority of the changes have been positive, she has also felt ‘uncomfortable technology withdrawals’ at times

While the busy working mum said that the majority of the changes have been positive, she has also felt ‘uncomfortable technology withdrawals’ at times.

Check this out  Barbara Windsor's husband, 56, says the actress, 82,asks to get in touch with her late mother

She used to check her social media accounts first thing in the morning, and then at repeated times during the day.

But now, Virginia said she’ll only check them on a desktop after lunch when her kids are napping and occasionally after they go to bed.

‘The good news is that the brain is malleable and by limiting my phone use I am effectively growing back parts of my prefrontal cortex, lowering my stress levels and improving my concentration,’ she explained.

She also said she has been able to engage with her family, read books and just sit and think rather than idly fill time.

‘I’ve come to realise that there is nothing I do, or nothing anyone else can want from me, that is so important it can’t wait till 1 or 8pm,’ she said.

‘And if it is really that important, call me.’

To read more from Virginia Tapp, you can visit her blog here.