A woman was strangled to death after she walked in on her murderer dismembering her father’s corpse, an inquest has heard.

The body of Marie Brown, a 41-year-old mum, was found in the bath along with the body of her dad Noel, 69, who was missing both arms from the elbow down and his right leg in Deptford, south-east London.

Both had been throttled with sock bandages and nearly two years after the double murder, the missing body parts have never been found.

The chief suspect, Nathaniel Henry, 37, was found dead in a cupboard nearly a month after he went missing following the murders. 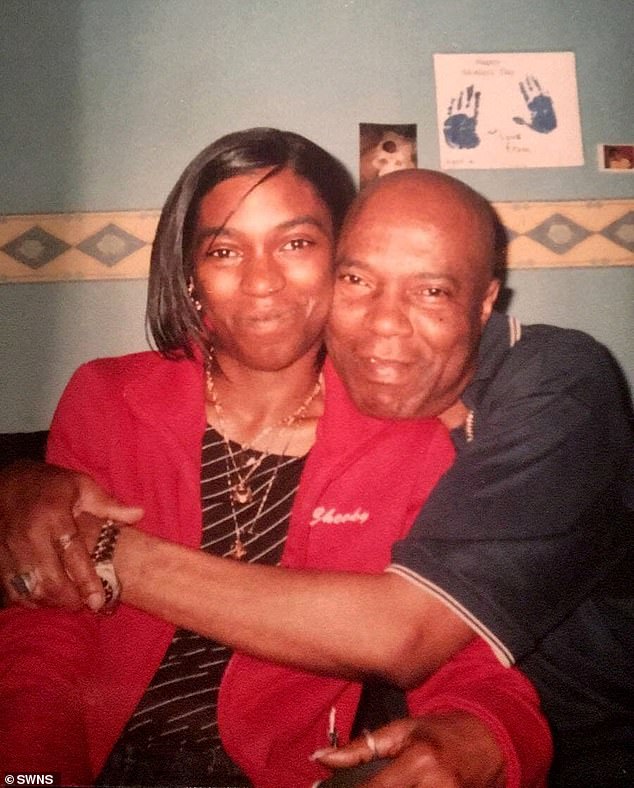 Marie (pictured left) and Noel Brown (pictured right) who were found dead in Deptford in December 2017. The body of Marie Brown, a 41-year-old mum, was found in the bath along with the body of her dad Noel, 69, who was missing both arms from the elbow down and his right leg

An inquest last month heard he had locked himself in from the inside and had taken an overdose of an over the counter cough and flu drug.

Southwark Coroners Court was told that Marie took a bus to Deptford to see her dad after he had failed to answer his phone for a few days in December 2017.

After she failed to return, her teenage daughter Venita became concerned and contacted police who made the grisly discovery.

Assistant coroner Tony Badenoch, QC said: ‘I understand the hypothesis was the suspect was in the process of dismembering and he killed her to conceal his crime.

‘The body of Noel Brown was dismembered and parts removed from the flat over several visits. Bleach was found near the body which suggested the defendant was trying to clean the scene.

‘Both arms from below the elbow and one of his legs was missing and has never been found.

‘The body of Marie Brown was clothed in outerwear and her possessions which would have assisted in the identification process were removed.

‘It was suspected that Marie Brown had disturbed the killer dismembering her father and was then strangled by him.

‘Extensive inquiries led by the Metropolitan Police ultimately did not lead to any arrests. The chief suspect took his own life before he could be charged. 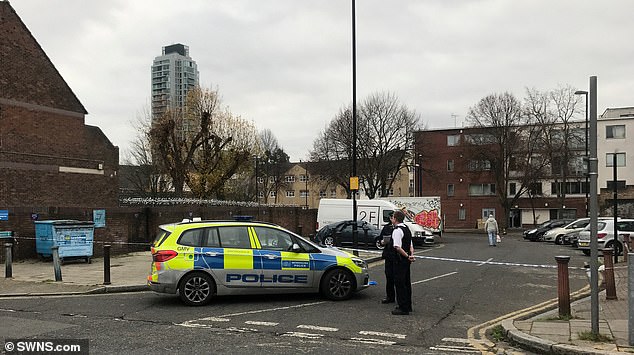 he scene in Deptford where Noel Brown, 69, and his daughter Marie were found dead, on December 5 2017

‘Met Police are not looking for any suspects and the investigation is closed. I am satisfied Noel and Marie Brown were murdered.

‘Accordingly, my conclusion of unlawful killing is returned.’

Noel Brown was a registered sex offender having been convicted of one count of rape and six counts of indecent assault in September 1999.

He was sentenced to eight years in prison.

A post-mortem confirmed that Noel died from strangulation, was partially dismembered and was found in a bath with his daughter. Burst capillaries were discovered that were in line with strangulation in both bodies.

Home Office Pathologist Dr Simon Poole noted that Noel had an underlying heart condition, but this was not a contributing factor to his death.

DCI Simon Harding said the ligatures Noel and Marie were strangled with were sock bandages.

He said: ‘Noel wore them on a daily basis as he had problems with his legs. These bandages were discovered in several places in the flat. Bleach was also found and it appears the suspect was trying to clean up. 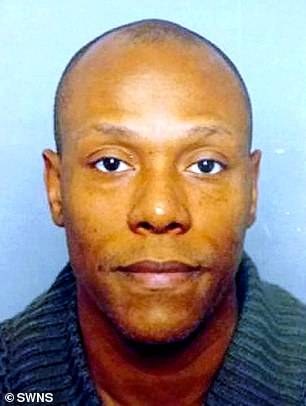 The chief suspect, Nathaniel Henry, 37, (pictured) was found dead in a cupboard nearly a month after he went missing following the murders

‘We were unable to locate the missing body parts.’

Abrasions were discovered on Marie’s neck, which may have been self-inflicted as a way to try and relieve the compression on her throat.

Venita, Marie’s 19-year-old daughter, provided a witness statement that was read out by the assistant coroner.

She said: ‘My mum, Marie Brown, was going to check on my granddad. They were very close as long as I can remember.’

Venita said when her mum couldn’t get hold of her granddad on November 30 or December 1, she asked his neighbour Jennifer Hilton to check on him. The next day, Marie took the bus to Deptford.

She said: ‘My mum said she would call me with what she found. When I arrived at university at 1.30 p.m., she still hadn’t called.

‘I tried to call throughout the day but it didn’t go to voicemail, it just rang and rang. I finished at university at 9 p.m. and went home, and my mum wasn’t there. This was very out of character.

‘I called the police to file a missing person’s report and they said they would take me to my granddad’s.

‘They told me they had found two bodies, one male and one female. I was so worried it was my mum and granddad. There was no reason why anyone would want to harm my mum or granddad.

‘My mind is still blown by this situation. I do not know how to even begin dealing with this.’

She said she was close friends with Noel, and would go with him to Paddy Power every day for him to bet on horse-racing.

She said: ‘I never knew of any issues with him with anyone.’

Jenny said she went round to Noel’s flat at around 10.30 a.m. for their daily trip to the betting shop when there was no answer at the door.

She said she only got concerned when Marie called and asked for her to check on Noel, which she did and again there was no answer.

Police then arrived at Jenny’s door at 2 a.m., with Venita, who had not heard from her mum.

Jenny paid tribute to Noel, saying: ‘He was my best friend and I trusted him with my life.’

Assistant Coroner Badenoch asked: ‘No one was investigated, arrested or charged. Someone was of suspicion but it has not been taken any further. Is this correct?’

DCI Harding confirmed: ‘We have come to the conclusion no one will be brought to justice for this crime.’

Assistant Coroner Badenoch added: ‘There has been some interest in the perpetrator issue since it is a matter of record that Noel Brown was a convicted sex offender.

He said: ‘Noel and Marie Brown both died from compression of the neck. In the case of Noel, he also had an underlying heart condition.

‘It was not a contributing factor in his death.’