Motorist cheats death TWICE when he slips over on a road, narrowly avoids getting crushed by one car and then rolls out of the way of a second as vehicles pile up around him

By Jack Newman For Mailonline

This is the dramatic moment a desperate man trying to warn oncoming drivers about a huge pile-up cheats death twice after nearly being struck by cars.

The incredible footage of the black ice crash was captured near Seoul in South Korea, and appeared on social media last week.

As many as 20 cars careered into each other resulting in three people seriously injured including an 87-year-old woman. 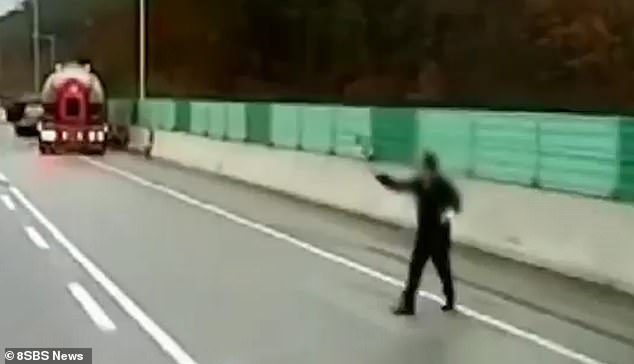 The dashcam clip shows a driver quickly approaching the scene of an accident while a man at the side of the three-lane road waves him down to a stop because of black ice.

He then quickly runs away to escape an oncoming car driving at speed and ends up slipping and falling over while the car spins out of control.

But the man then has to quickly dive away while still on the ground as a car misses him by inches again. 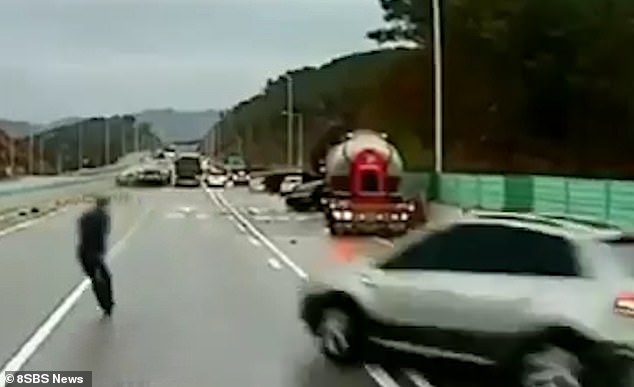 But after waving down one car he has to quickly dodge another approaching car, causing him to fall over 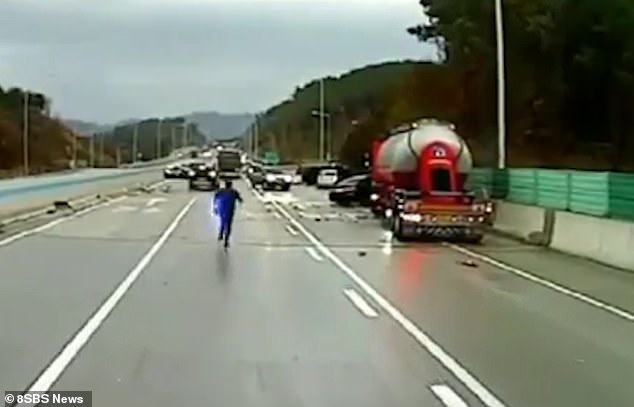 After running away, more mayhem ensues as one after another, cars arrive at speed and either crash or spin into the stationary vehicles.

The pile-up reportedly saw as many as 21 cars involved in a 30-minute period before authorities were able to bring the situation under control, according to RT.

The pile up was caused by patches of notoriously dangerous black ice.

It took place at the intersection of the Dongyangpyeong Expressway and the Gwangju Wonju Expressway near the capital, Seoul.

Mayhem ensues as one after another, cars arrive at speed and either crash or spin into the stationary vehicles 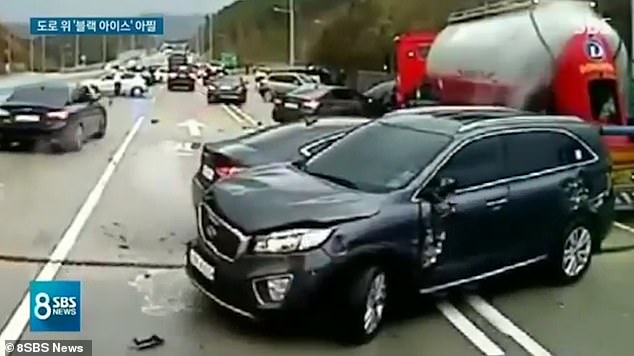