An elderly spaniel and his ex-Army owner are close to ‘bagging’ all 282 of Scotland’s Munros.

Since then the pair have become hiking partners, and have tackled 268 Munros – a mountain more than 3,000 feet tall – and have 14 still to complete. 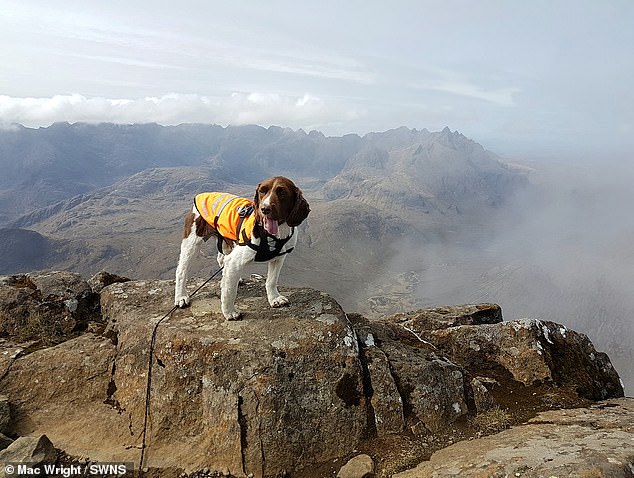 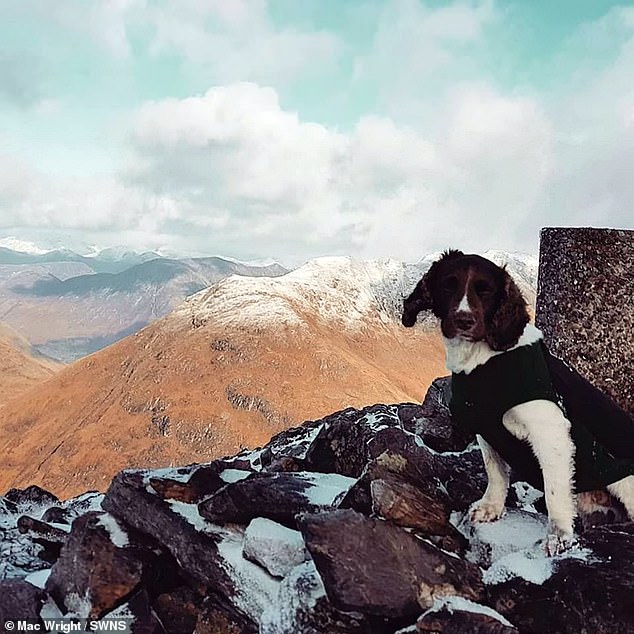 To reach the top, Mac hoisted Genghis to the peak using a bag and a climbing rope.

They are hoping to complete their mammoth challenge by the end of September, when Genghis turns 11. 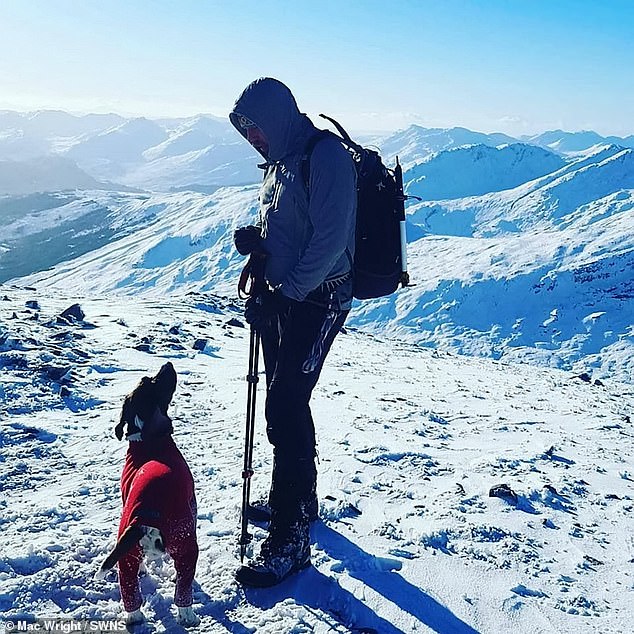 Genghis up Gaor Bheinn with owner Mac Wright, 52, who spent 25 years in the army 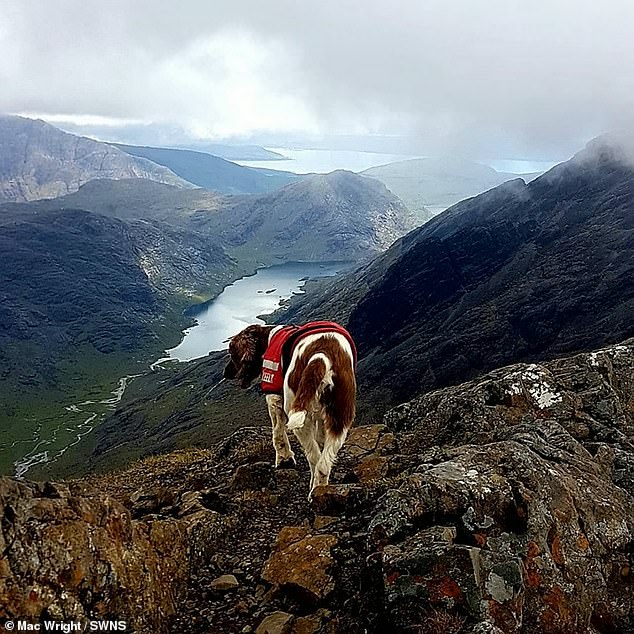 Genghis up Sgurr na Banachdaich. They are hoping to complete their mammoth challenge by the end of September, when Genghis turns 11 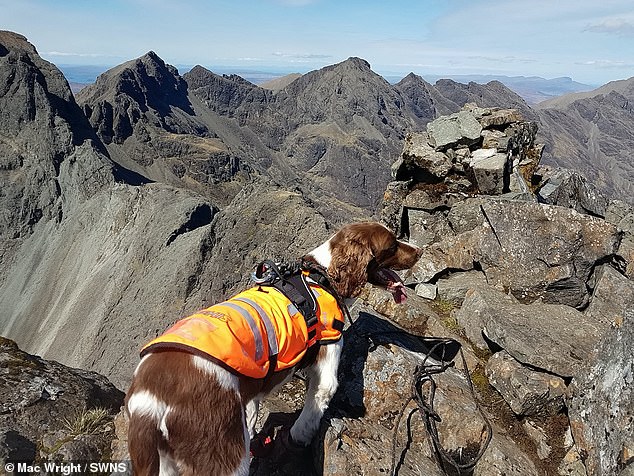 Despite the parallels with founder of the Mongol Empire Genghis Khan, who was born on a mountain and buried on a mountain, and encouraged mountain worship, the spaniel’s name was chosen by his previous owner.

‘It wasn’t an easy decision.

‘I was walking him and taking him away for a few days.’ 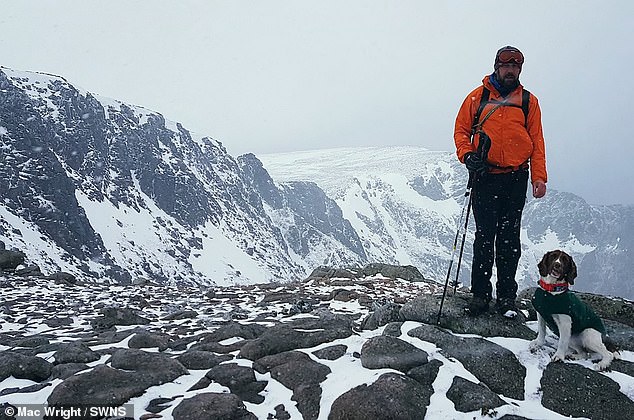 Genghis up Coire an t-Sneachda. The construction worker said: ‘His owner died and six months after his widow gave me the dog – it wasn’t an easy decision.’

Trained as a gundog, Genghis was used to being out and about, so Mac, from Milnathort, Kinross-shire, had to find a new way of exercising his intelligent pet and keeping him occupied.

He set up a Facebook page, Genghis the Spaniel, to document their adventures.

Mac said: ‘He was a gundog and we wanted to share what Genghis was doing now, instead of shooting. 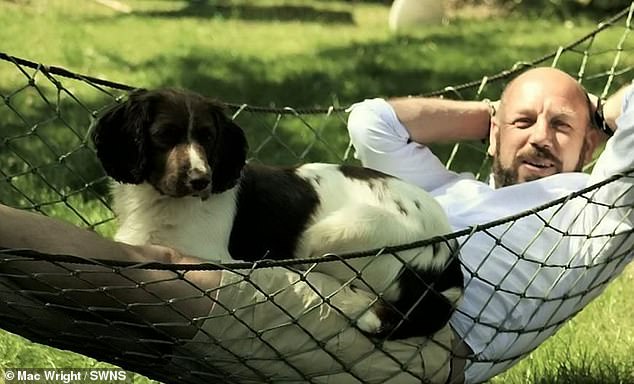 Genghis, a ten-year-old springer spaniel, was adopted three years ago by Mac Wright (pictured) and since then the adventurous duo have become keen hiking partners

‘We had a really good winter in 2016 and we were doing winter climbs up until May.

‘We’ve repeated so many Munros but around October or November 2017 we started bagging them.

‘We’re doing the Cuillins at the moment. 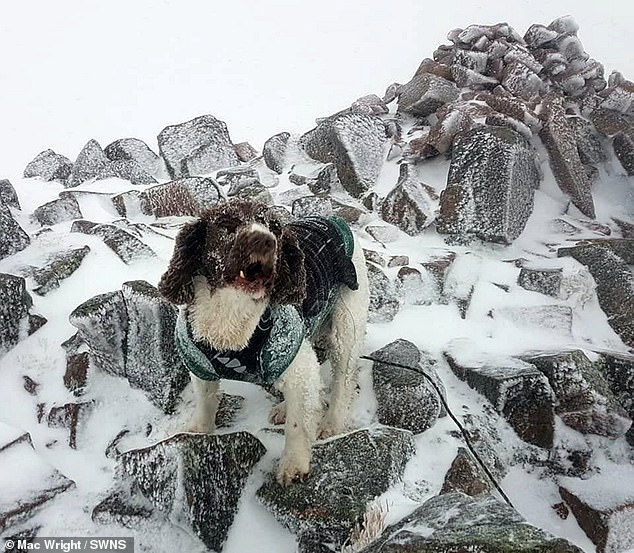 Genghis up Ben Nevis. The ‘Munro bagging’ dog and his mountaineering owner are closing in on completing all 282 of Scotland’s highest peaks

The first Munro the pair hiked was the 985 metre Ben Vorlich near Loch Earn, Perth and Kinross, which they completed in the winter of 2016.

Mac and Genghis have completed 268 Munros to date and are hoping to complete their mammoth challenge at Glencoe by the end of September, when Genghis turns 11. 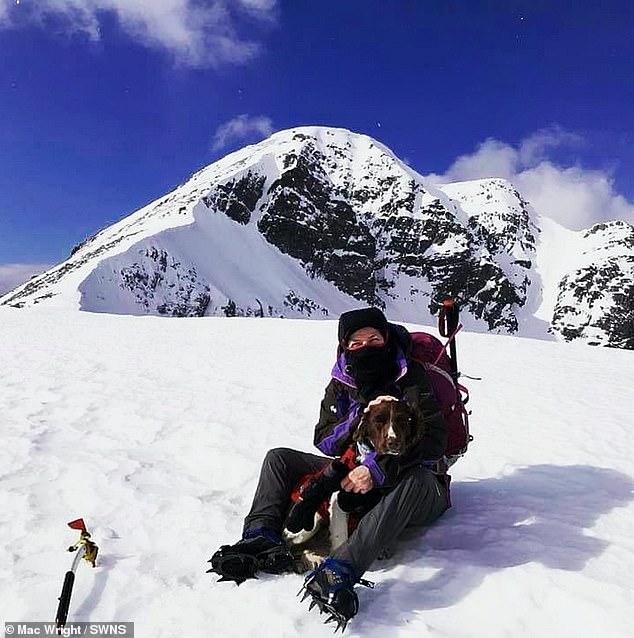 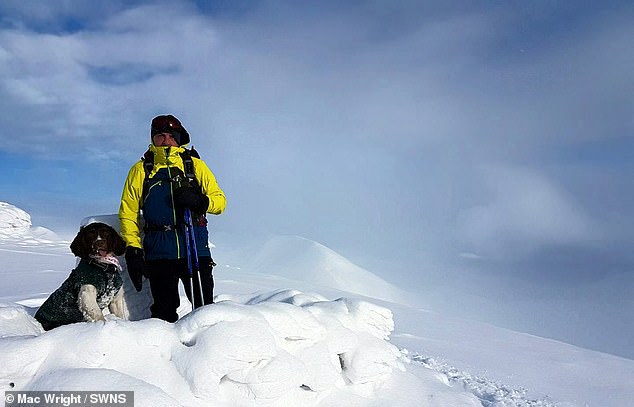 Genghis up Beinn a’Ghlo with his mountaineering owner Mac Wright. Mac started up the Facebook page Genghis the Springer to show what the pair were up to

As well as visiting Skye, Mac has planned a trip to Ullapool, Knoydart peninsula and Glencoe in his VW camper, called ‘Giovanni’.

In Glencoe they will scale the 994 metre Sgor na h-Ulaidh, completing their 282nd and final Munro.

Despite having to endure some harsh conditions over the past three years, including nearly losing Genghis in a snow cornice on Ben Lomond, Mac said ‘expeditions’ into the mountains are always ‘good fun’. 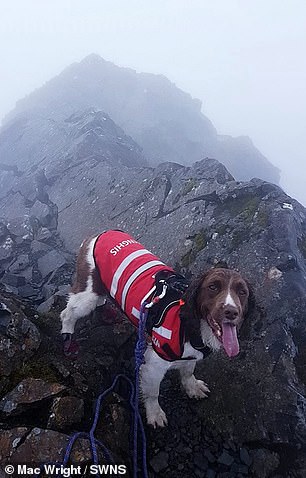 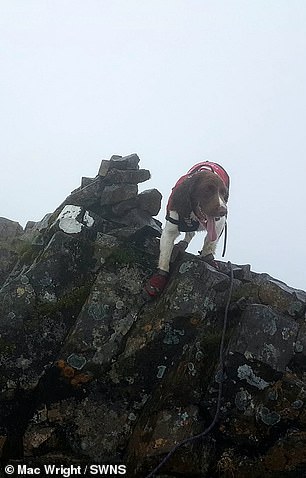 Mac said: ‘The biggest range we did was Glen Shiel, with seven Munros in one day.

‘Ben Lawers is great as well because there’s a bit of everything for everyone.

‘It’s my favourite range, but I also like Ben Nevis.

‘Expeditions are always good fun, taking trips with a tarpaulin or tent.’

But once the Munros have been ‘bagged’ the expeditions will not stop there.

Construction worker Mac said: ‘Instead of doing Munros we’ll go back to places like Snowden and visit the Lake District.

‘I’ve enjoyed climbing since I was a young lad and I was in the army for 25 years, so I was brought up in the outdoors soldiering and training. 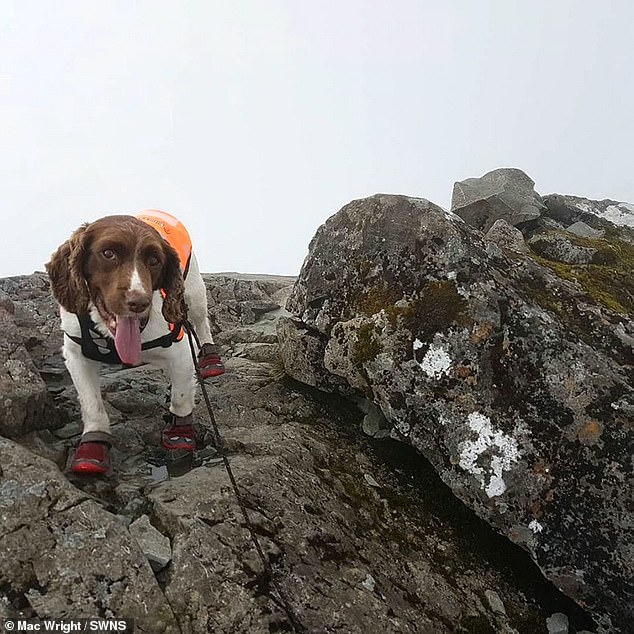 Genghis up Sgurr Alasdair. Avid climber Mac, 52, took Genghis in when he was eight-years-old after his owner passed away in 2016