Handy hack! Instagram cleaning sensation Mrs Hinch reveals she keeps her vegetables tidy by storing them in a mini crate bought on eBay

The TV personality, 29, from Essex, who goes by the name Mrs Hinch, told fans that after wanting to organise her vegetables, she had finally bought herself a vegetable crate to place all of her groceries in.

Taking to her Instagram Stories, the cleaning expert wrote: ‘Who remembers me saying the other day I want to organise my veg well…straight onto eBay I went! 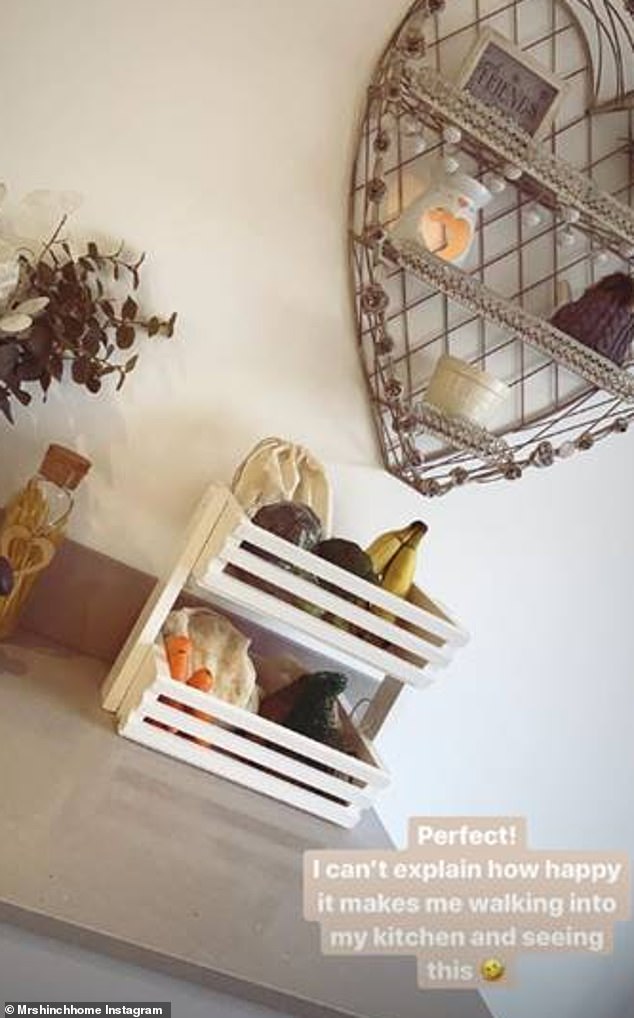 Sophie Hinchliffe, 29, from Essex, who goes by the name Mrs Hinch, shared a series of images of the vegetable crate (pictured) she had purchased from eBay

Check this out  Passengers reveal their worst ever flight experiences

‘Sorry don’t even know why I laughed but we have so much veg in the house right now because of casseroles soups etc that I want to keep them organised!’.

Mrs Hinch went on to tell fans that while the crate was not the cheapest product she had ever purchased she could tell that its creator had made the crate from scratch.

She continued: ‘They may not ever see this story but to the person that made this… it’s perfect! I’m so pleased I bought it on eBay because it’s exactly what I’ve been looking for!

‘Also I am, over the moon with this eBayer! It wasn’t my cheapest eBayer but I can tell someone has made this from scratch painted it! It was all labelled up bless them!’.

The mother-of-one later joked: ‘Yes I am 29. Yes I am excited over my veg crate but that’s just me.’ 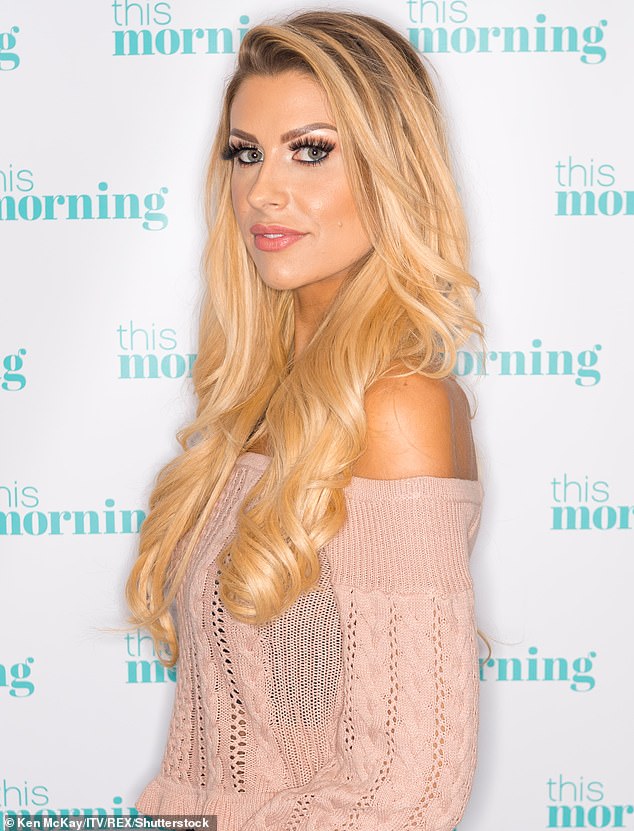 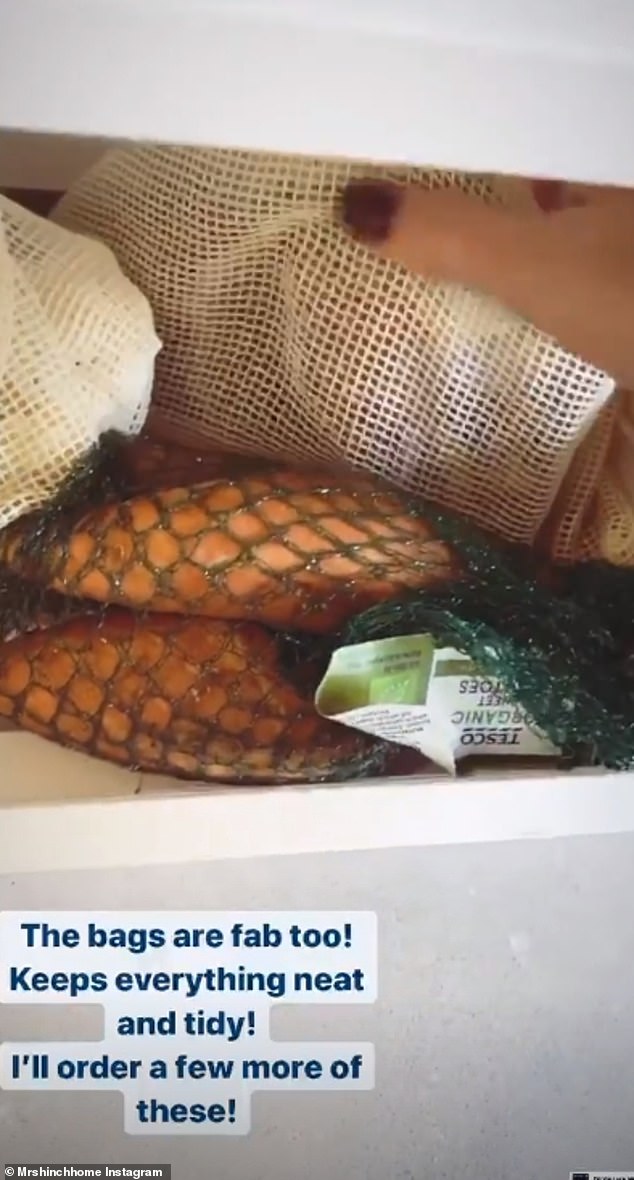 The social media influencer, who initially began running her account anonymously before finally revealing her identity on This Morning last year, later told fans that she had recently learnt that bananas release a gas which can affect other fruit and vegetables around it.

The shocked mother said: ‘Also I have learn’t today that bananas let off a gas that basically can kill off your other veg so can’t believe that.

‘Don’t look at them the same anymore. So I moved them out. Put them somewhere else. I’ll put them back on the banana tree that’s what I’ll do.’

Check this out  Iran says it is seeking solution to sell oil and...

The mother-of-one, who rose to fame on social media with her ingenious cleaning tips and interior design hacks, has now gathered more than 2.8million followers on her Instagram page.

The cleaning expert first started sharing tips on her account when her husband Jamie began renovating their home, which they had bought two years previously.

Sophie’s easy tips and spotless grey interiors fascinated the nation and beyond, and saw her rack up followers from across the globe. 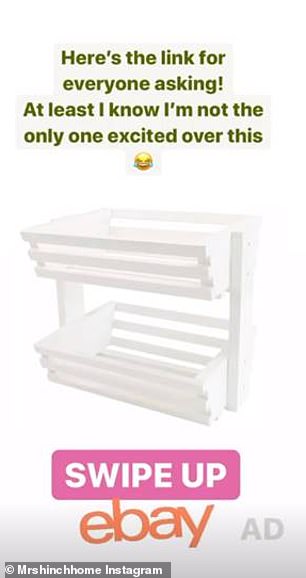 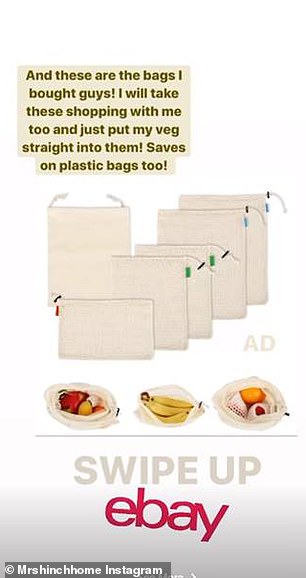 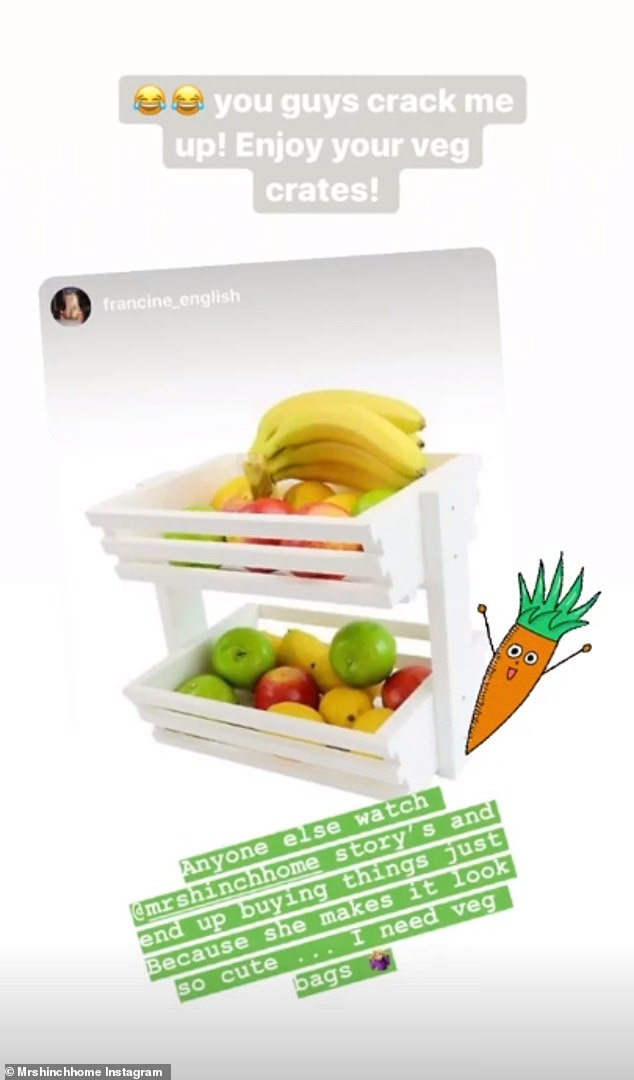 Mrs Hinch later shared a post made by a fan of her page and wrote: ‘You guys crack me up! Enjoy your veg crates!’