When something devastatingly sad has happened to you, one of the best roads to recovery can be helping someone else. It puts your own sorrows into perspective and eases the pain.

That was my approach when I lost my husband, and it proved enormously therapeutic.

After Liam died of prostate cancer, at the age of 76, I knew I needed new life in my now-silent house in North London. Detached with three bedrooms, it was too big for one person, so I decided to care for a rescue cat.

What I didn’t realise was that the cat would care for me, too. That it would, in fact, deliver the greatest of gifts: love once again with a wonderful man. 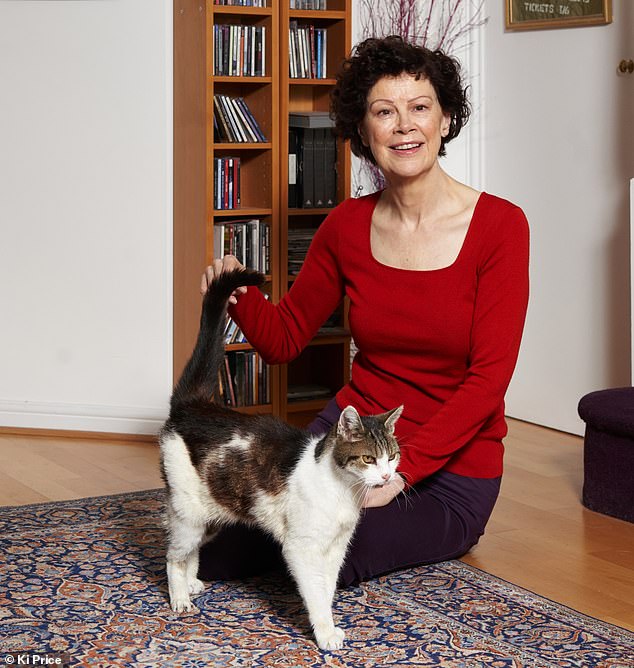 Maureen Paton (pictured with Sir Jasper) recounts dating a man who would ignore her cat Sir Jasper, following the death of her husband Liam

Back then, in 2006, I was 54 and working from home as a freelance writer, which can be very isolating. I wanted company and needed to be needed (though a new partner was the furthest thing from my mind).

Liam and I had always had cats throughout our 32-year relationship. I’ve always thought it a good sign of character if a man likes animals and is tender towards them. Liam had an instinctive sympathy for vulnerable creatures, human or otherwise.

He knew that our cats were my child substitutes, since I wasn’t able to have any due to endometriosis.

They were more than just furry ‘children’, though. Some cats have real empathy with humans and ours were very consoling when either of us was upset.

We hadn’t got round to replacing our last-surviving cat, Polly, before Liam’s diagnosis. And after that was a whirlwind. By the time the cancer was discovered, after Liam fainted several times, it had already spread to his bones and little could be done. He died 15 months later.

Soon the emptiness of the house became unbearable. So after the funeral I contacted an animal rescue charity. Within a month, I had adopted two rescue cats — terrified little brothers who had been locked outside in all weathers by their previous owners.

Looking after someone, or something, else takes you out of yourself and stops you brooding. As soon as they let me stroke them, I felt comforted. Unfortunately, Gerard, always the more adventurous one, ran away. Yet Sir Jasper, as I now call my spoilt only cat, stayed. 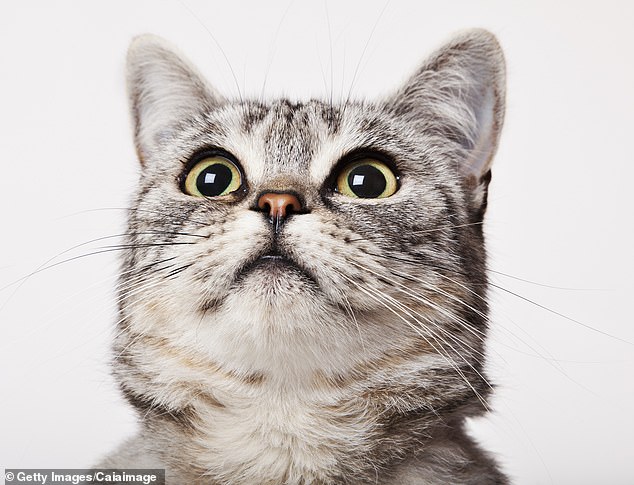 Maureen recalls 70-year-old Z, almost squashing Jasper the first time he came to her house as he flung himself on the sofa without looking (file image)

At first, he would watch warily when I reached to stroke him. It took months for him to trust me enough to sit on my lap. But we soon developed a close bond.

My marriage had been such a happy one that within a year of widowhood, I started wishing to find another wonderful man, one who would love me and my cat — the magic combination.

One of Liam’s friends — I’ll just call him Z — a 70-year-old silver fox 14 years my senior, was always in the background. He was one of the first I called when Liam died and we’d always got on.

Though I knew he was an incorrigible flirt twice-divorced, I was lonely. And, as a friend warned me, vulnerable.

In hindsight, warning signs were there from the start. Like the day he first came round and nearly squashed Jasper by carelessly flinging himself on the sofa without looking. Jasper sped through the cat flap like a streak of furred lightning and didn’t come in again for hours, flinching whenever Z went near him.

When I protested, Z just said: ‘Stop getting hysterical.’ 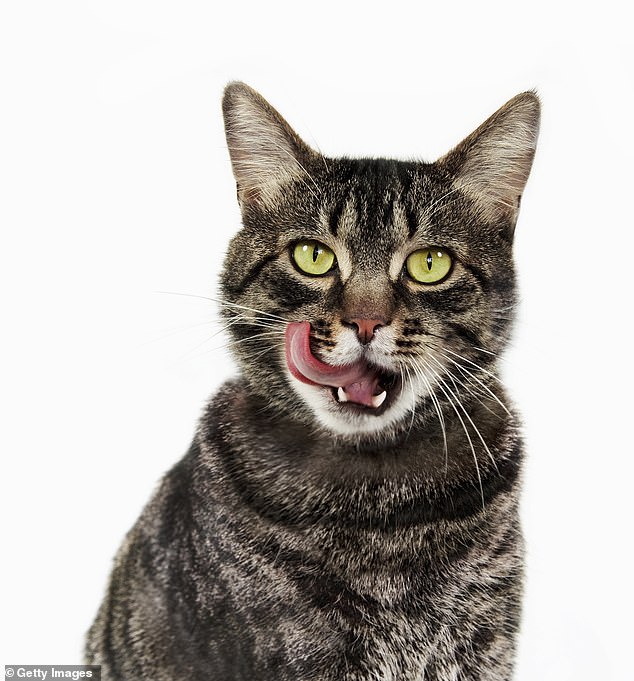 Maureen says Z would ignore her cat and anyone else who didn’t interest him, despite being outwardly progressive-minded (file image)

It wasn’t that Z was ever cruel to my cat, but he ignored him — as he ignored anything or anyone who didn’t interest him. Outwardly progressive-minded, Z paid lip service to feminism and all the right causes, but was, in fact, too self-centred to care about anyone but himself. Sometimes he would even refer to Jasper as my ‘loyal little parasite’, a horrible expression that summed up Z’s cynical approach to life.

He would mock me for having Jasper on my lap or worrying when he didn’t come in at night.

Yet somehow, shamefully, I put up with Z for five years.

Blame loneliness and the usual female mistake of thinking I could remake him into something resembling my husband.

In his chaotic flat, things were constantly breaking down, so he spent more and more time at my place because of its conveniences (including me). But I could never rely on him to feed Jasper if I was out; he would shrug and say he forgot.

Check this out  Man, 35, is arrested for swinging a SWORD on Empire State Building observation deck

It was when Z wanted to move in that I finally realised I didn’t want him around my cat when he couldn’t be trusted to care for him. So I ended the relationship. 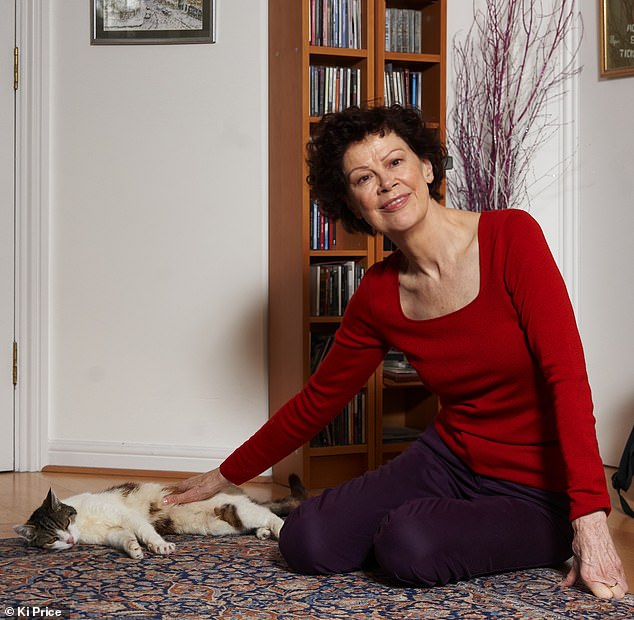 Living with Jasper had made me emotionally stronger. I decided I could be happy single.Yet what I found wasn’t that I needed to be single to look after my cat, but that I should trust my cat to judge the character of any new partner.

Some months later, through online dating, I met Norman, a widower seven years older than me. After a few dinner dates I decided to invite him round to (drum roll!) meet Jasper.

‘He’s such a pretty boy,’ Norman said admiringly. ‘But he flinches whenever I go near him. Why is he so frightened?’

To hear that kind of empathy was such a relief. Whenever he visited after that, Norman, now 75, gave Jasper endless attention and kindness. I could see this was a man both of us could trust. So I invited him to move in.

That was four years ago. The final proof that Norman is the right man for me is that Sir Jasper, now 14, loves him back. It’s now Norman’s lap he chooses over mine, gazing worshipfully up at him.

Sir Jasper has given our relationship the ultimate seal of approval. So if you’re trying to decide whether you’ve really met The One, the feline test is the way to find out.