He was soon to be king of the world; she to tangle with the devil in the form of Al Pacino. Leonardo DiCaprio reached new heights with Titanic while Charlize Theron’s career was taking off with The Devil’s Advocate.

The year was 1997 and Theron was celebrating her 22nd birthday, a white flower in her locks, her hand on DiCaprio’s shoulder. It was a time before the omnipresent cellphone camera – the best one on the market was a flip phone that cost about $1,000 – and Randall Slavin captured the candid black and white snapshot.

Slavin was, like many, a struggling actor trying to make his way in Los Angeles. Along the way, he took some iconic images of Hollywood royalty while some at the top of their game, like Jennifer Aniston who was starring in Friends, the TV juggernaut that continues to enthrall, on the cusp of major stardom like Hilary Swank, and those who were on their way, like Jeremy Renner.

Now a well-known celebrity photographer, Slavin has released the photos as part of a new book, We All Want Something Beautiful, out on November 5. 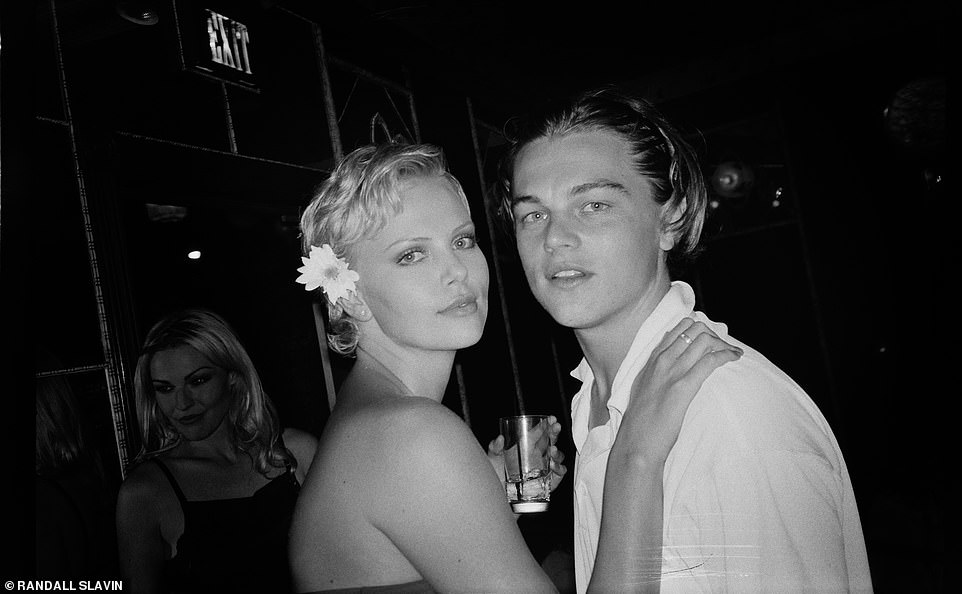 Charlize Theron, left, and Leonardo DiCaprio, right, at her 22nd birthday party. Randall Slavin, who took the photo, wrote in a recent piece for the Daily Beast that the party was held at ‘now-shuttered Bar Marmont on Sunset Blvd. I didn’t know Leo well, but we hung in the same circles… I love this picture of him and Charlize because I don’t know if either of them have ever looked more beautiful than they did on this night in August 1997. Iconic. (And no, they were never an item. Just friends)’ 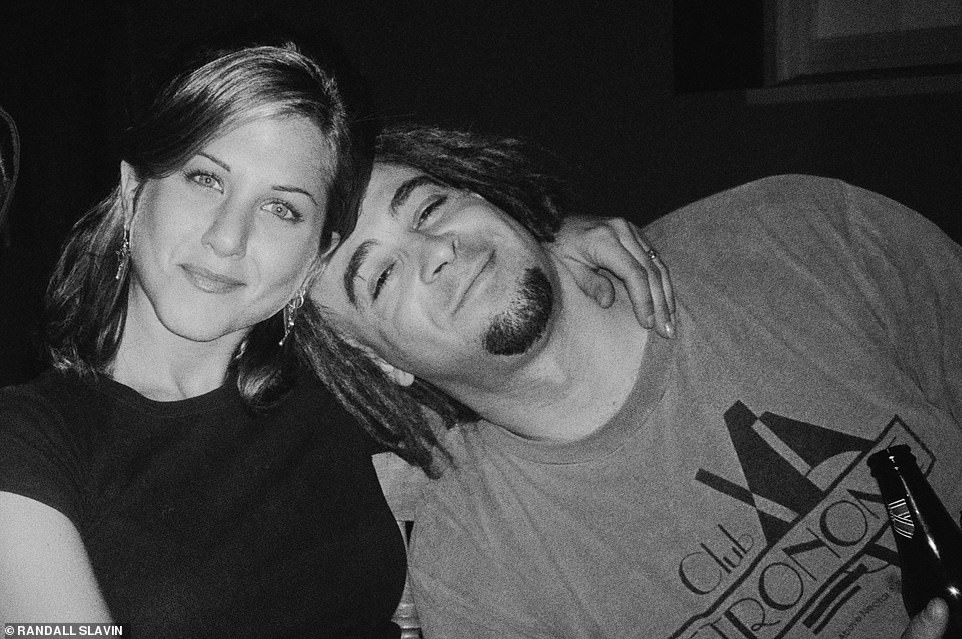 Friends premiered on September 22, 1994 and ran until May 6, 2004. The show celebrated its 25th anniversary this year, and the public’s love for it has not wavered. Above, Jennifer Aniston, left, with Adam Duritz, right, in 1995. Slavin told DailyMail.com that he and Duritz, who is the lead singer of the Counting Crows, had met before the band hit it big with songs such as Mr. Jones. The song has the line ‘We all want something beautiful,’ which Slavin said is the inspiration for the new book’s title

Check this out  How the Duchess of Sussex wore £211,693 worth of new items this year 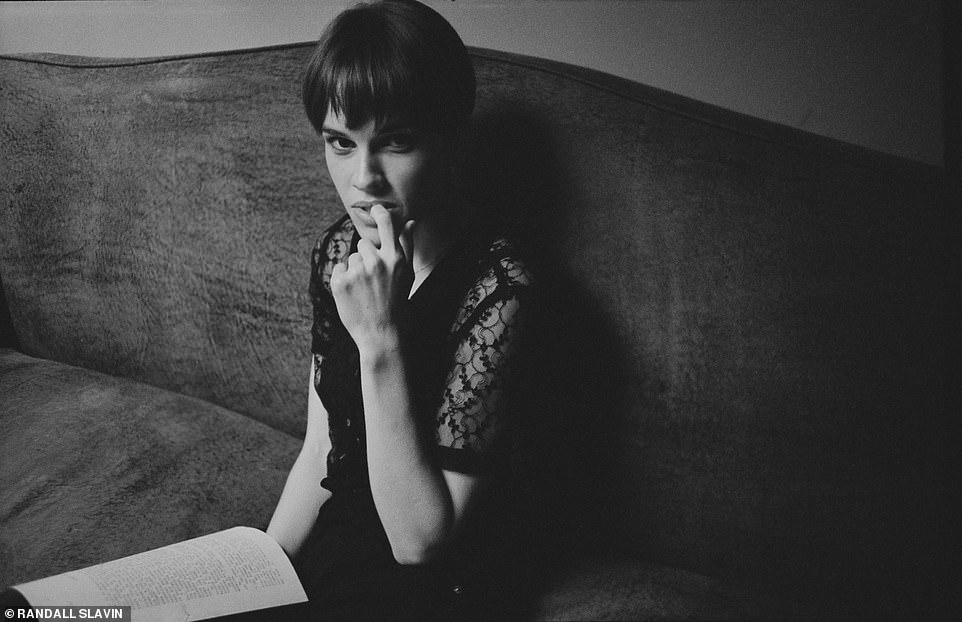 Randall Slavin, a native of Los Angeles, was an actor who had the same agent as Hilary Swank. He told DailyMail.com that the  above photo of Swank was taken in 1995 in her agent’s office. ‘We did a lot of photo shoots back in the day,’ he said. Swank had starred in The Next Karate Kid the year before, and she would win an Academy Award for Best Actress for her performance in 1999’s Boys Don’t Cry 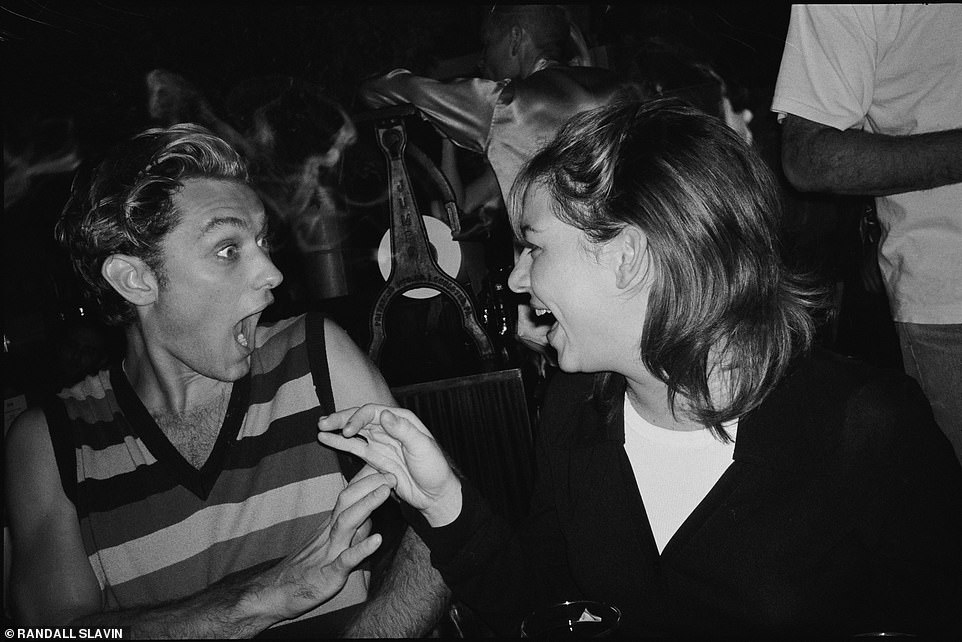 Slavin said that a group of people had gone to New York City in 1995 and at a bar they went to, they met Jude Law, left, with Tracy Falco, right, now a producer. ‘All the girls had mad crushes on him,’ Slavin recalled. ‘He just glowed.’ Law is now playing Pope Pius XIII, but in the 1990s, he was known for his parts in Gattaca, Midnight in the Garden of Good and Evil, and The Talented Mr Ripley

As a struggling actor, he hung out in Los Angeles with his friends, some of whom were also trying to make it in Tinseltown. He worked at a pizza joint that catered to the late-night crowd, telling DailyMail.com that was how he met people: musicians invited him to gigs at clubs like the Viper Room.

He also started to take headshots to earn some money, he told Good Times, a magazine.

‘I was always obsessed with photos… It rather snowballed until it was something that I couldn’t ignore or keep on the backburner anymore.’

Slavin decided to become a full-time celebrity portrait photographer around the year 2000, he told the magazine.

For years, the photos that Slavin had taken stayed in his closet, writing in the Daily Beast that: ‘As the years went by and careers exploded, the pictures stayed private. Eventually, the more I shot, the more I fell in love with it. Taking photos soon overtook my world and became an obsession.’

He told DailyMail.com that he decided to publish the photos in a book after the images generated buzz on social media.

‘I started posting some on Instagram… and people just went crazy.’ 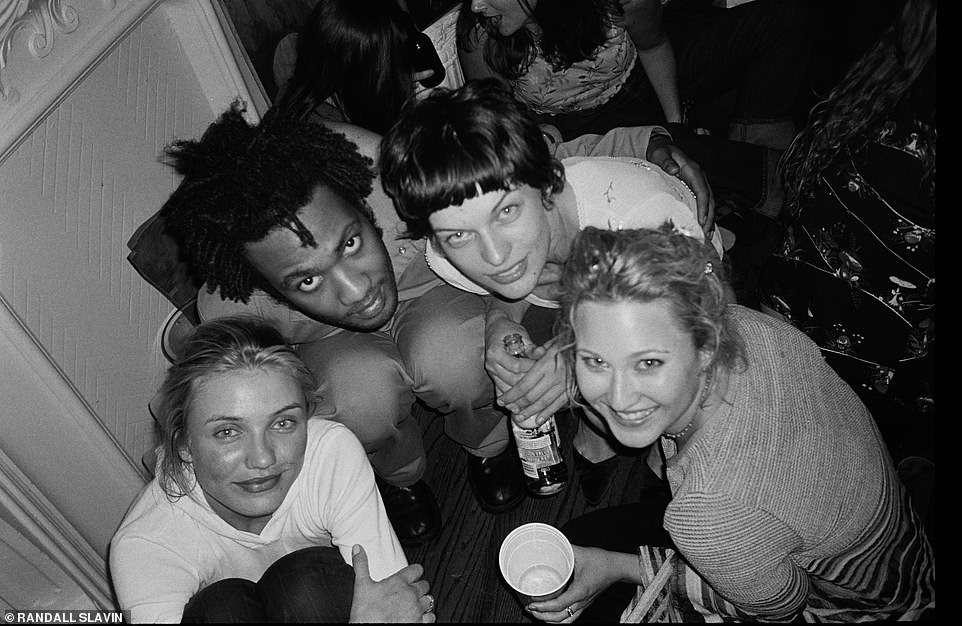 Cameron Diaz, left, burst onto the scene with her role in 1994’s The Mask, starring Jim Carrey at the age of 21. During the 1990s and early 2000s, she starred in films such as There’s Something About Mary and Charlie’s Angels. Milla Jovovich, center, is a model and actor who starred along Bruce Willis in 1997’s hit The Fifth Element. Slavin said that the above photo was taken in 1999 after a Remy Zero gig. Between Diaz and Milla Jovovich is the band’s bassist, Cedric LeMoyne. The other woman in in the photo is unidentified 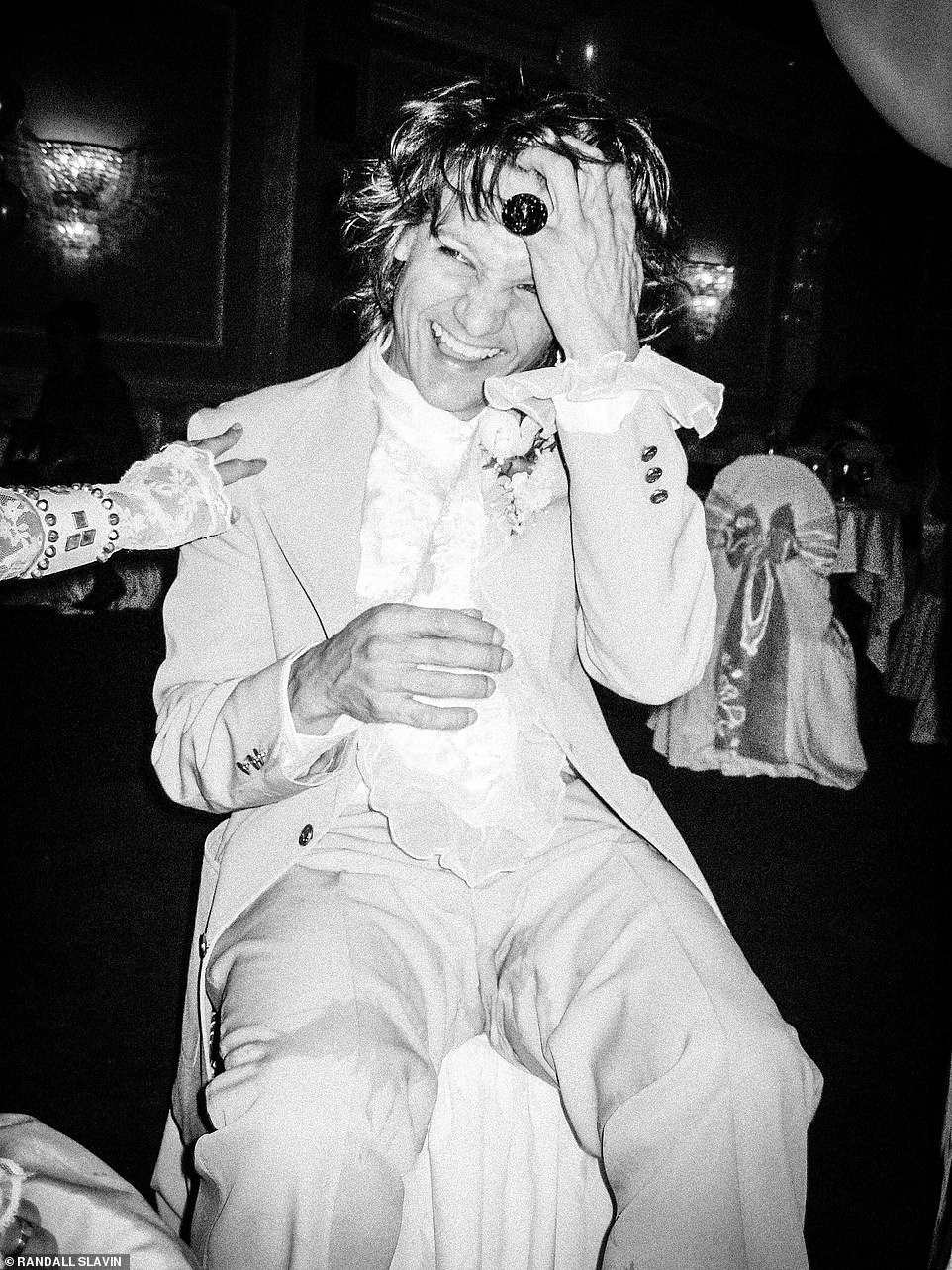 In his Daily Beast article, Slavin explained that his friend, Mary Weiland, was having an 1980s birthday party, and that Jeremy Renner, above in 2005, ‘worked as a makeup artist and did all of the girls’ makeup and teased the girls’ hair to an appropriate ’80s height. Here he is at the party in a hideous lime-green tuxedo moments after spilling a large cocktail on himself.’ Renner would win an Academy Award for his role in 2009’s The Hurt Locker 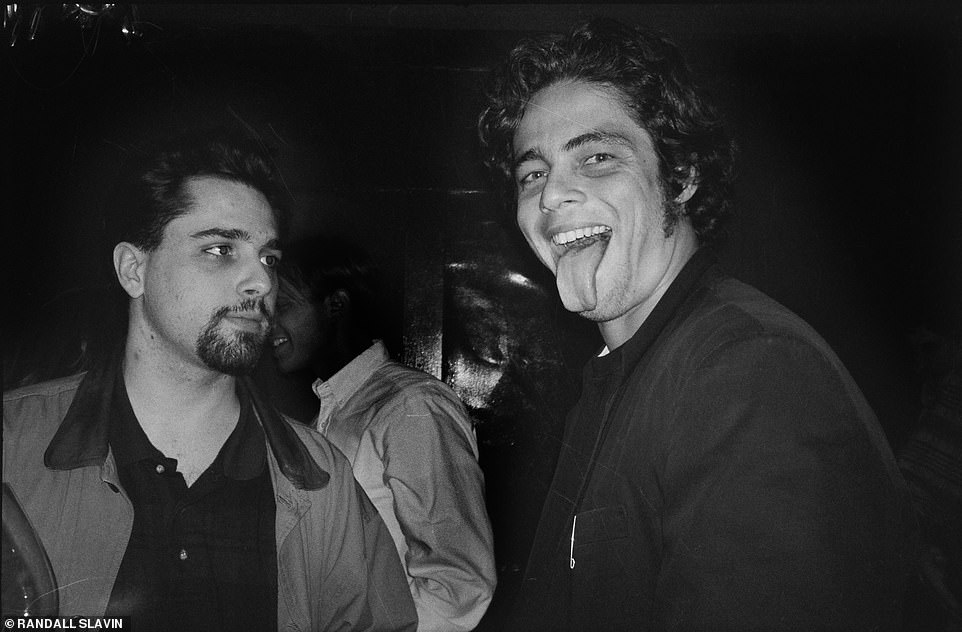 Randall Slavin told DailyMail.com that he was an assistant to Kevin Spacey for about three weeks for a movie that Benicio del Toro, left, had a part in. Slavin took the image above ‘at a secret Counting Crows show at the Viper Room’ in 1996. Joe Kraemer, left, is now a film composer

During his twenties, Slavin wrote in his Daily Beast article that he had a pocket camera with him, and he ‘would click away thinking that, someday, all of these people were going to rule the world.

Check this out  Ryanair's extra fees on baggage and boarding helped airline to rake in £2.2billion a year

Slavin went to clubs like the Viper Room and the Hollywood Roosevelt, according to InStyle.

‘Hollywood in the nineties was the last good time,’ he told the magazine. ‘You went out, and things would happen, and no one would know about it, which fostered an incredible sense of fun and party atmosphere. It was a different era, because people could let go and no one would take their picture… except for me a bit! Now, everyone has a high-def camera in their pocket. Everyone is paparazzi.’ 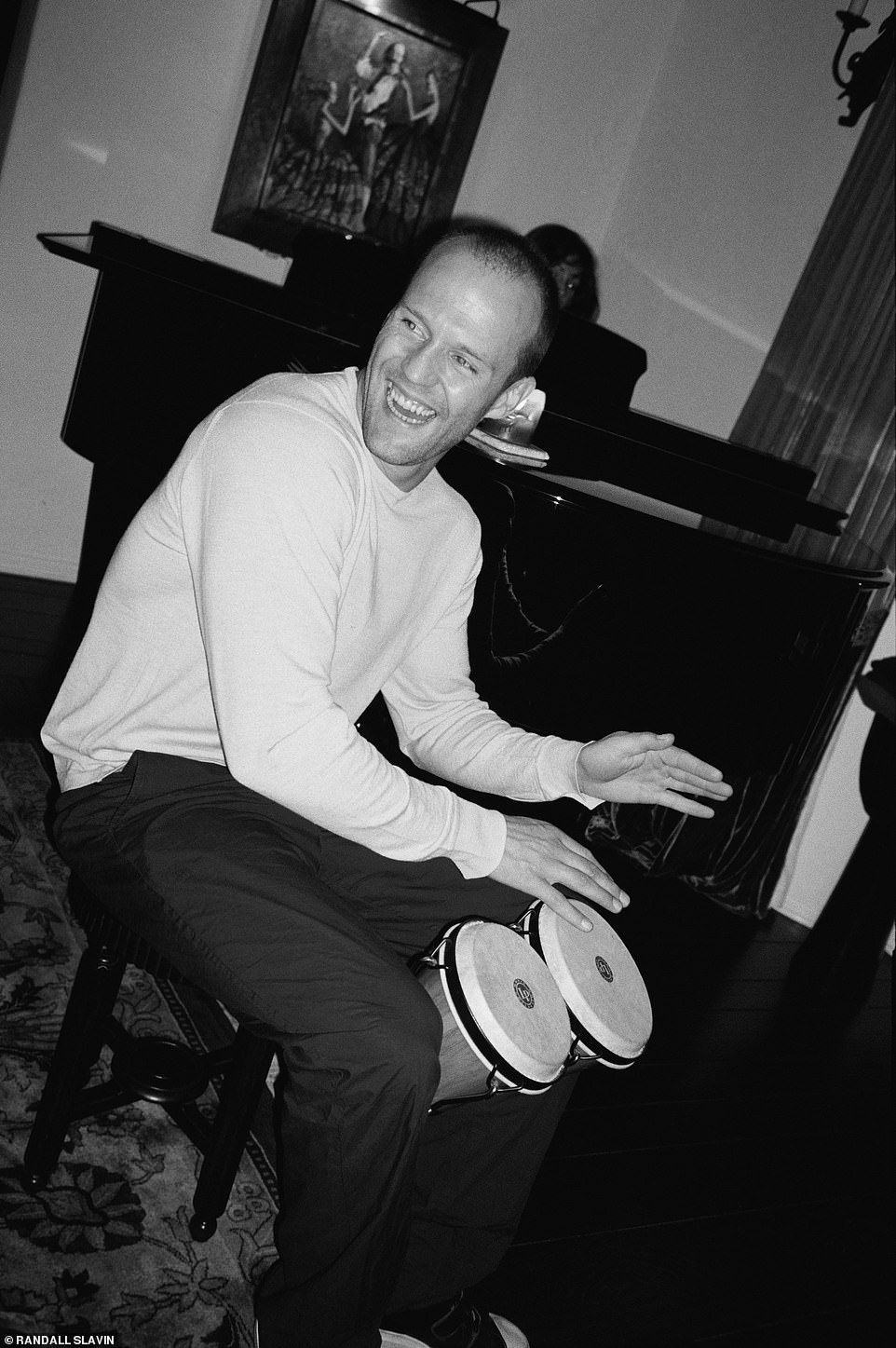 Jason Statham, seen above in 2003, is known for his roles The Transporter and the Fast and Furious franchise. Randall Slavin wrote in his Daily Beast article that Statham, who is British, had ‘just come over to do The Italian Job,’ and ‘an impromptu jam session broke out with Jason on the bongos… It’s nights like these that I look back on and realize what an incredible life I’ve been blessed with. To be surrounded by so much passion, beauty, talent and joy has really been incredible’ 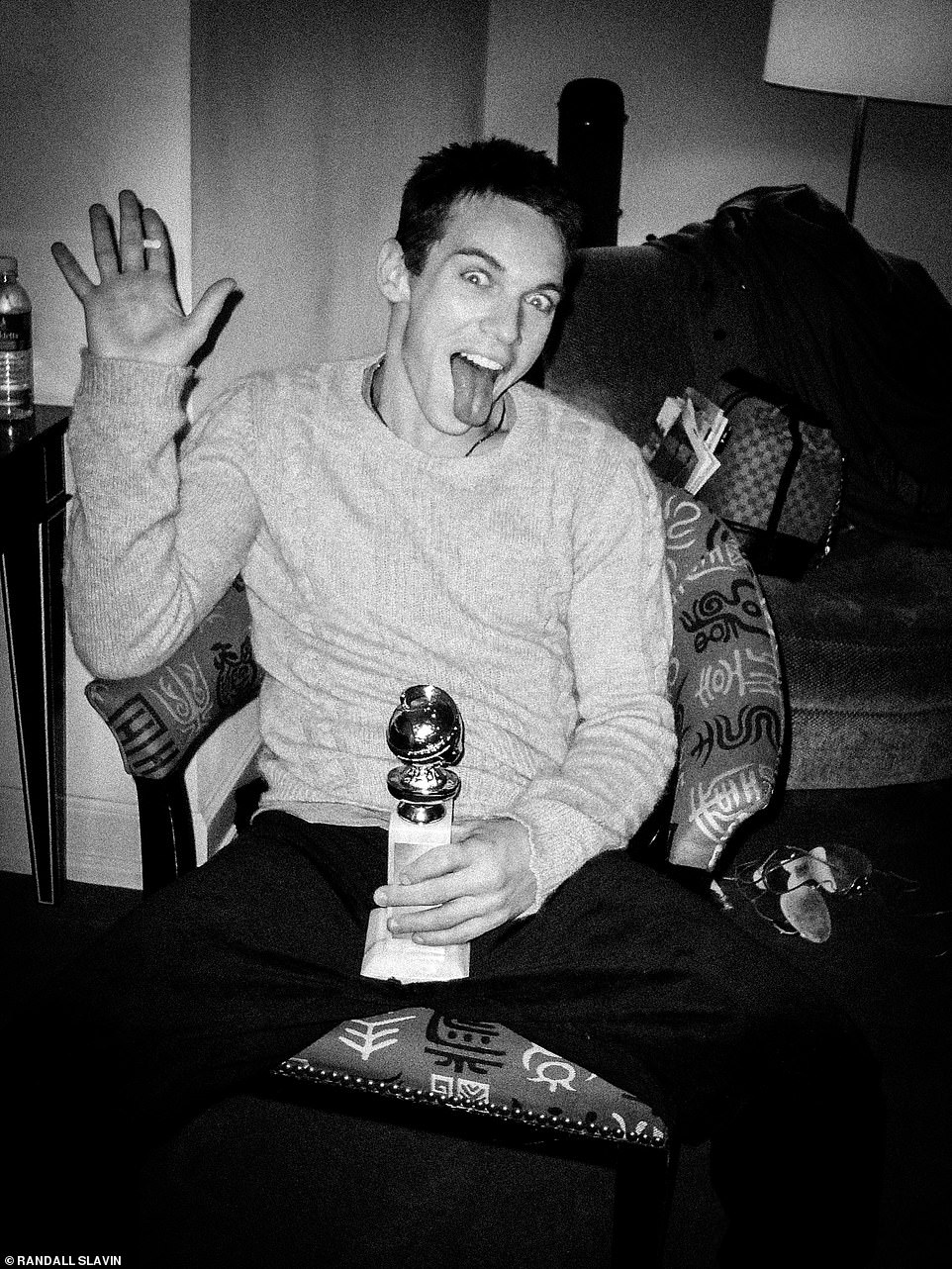 Jonathan Rhys Meyers, above, in 2005 at the Chateau Marmont. Slavin told DailyMail.com that Meyers ‘was in a deliriously good mood. He was so excited’ about winning a Golden Globe for playing Elvis in a TV mini-series of the same name 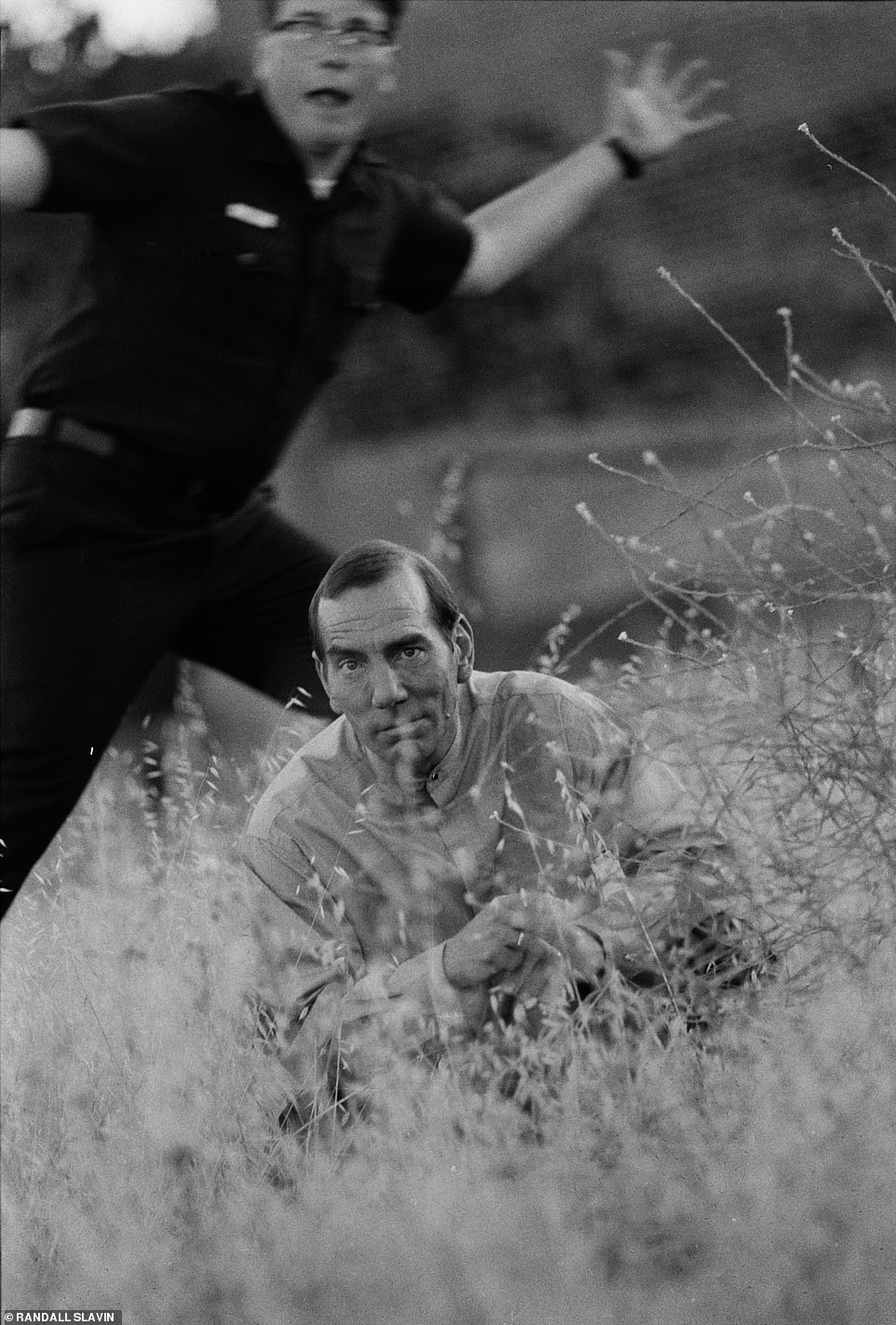 Christopher McQuarrie, in the back with glasses, was a former roommate of Slavin’s. While they shared a studio, McQuarrie wrote a screenplay that would be the hit movie, The Usual Suspects. Slavin visited the set and took this photo of McQuarrie, who went on direct movies, including Mission: Impossible – Fallout, and Pete Postlewaite in 1994. ‘I was shooting Pete out in a field and Chris jumped in the back of the picture,’ he told DailyMail.com