By Laura Lambert For Mailonline

It was not so much a case of new balls please as new clothes please for two unsuspecting players on Court 15 at Wimbledon on Friday evening.

For, despite it being a completely dry first week of The Championships so far, the mixed doubles pair of Laura Siegemund and Artem Sitak got an unexpected mid-match drenching.

Check this out  STEPHEN GLOVER: A huge personal triumph for Boris the barnstormer

During a changeover in their first round match against Great Britain’s Ken Skupski and Croatia’s Darija Jurak, the sprinklers malfunctioned and both players found themselves in the middle of the jets. 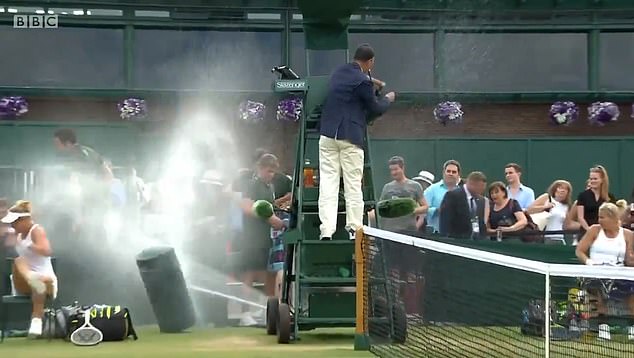 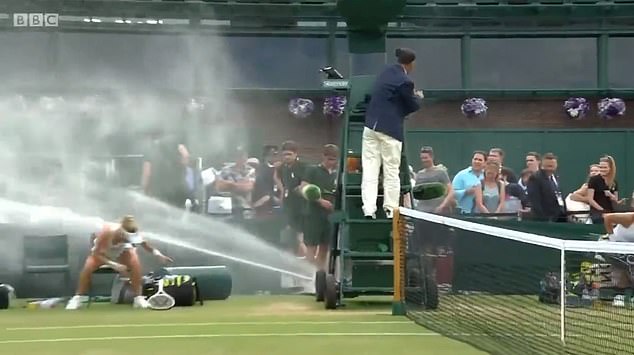 Videos of the amusing incident showed Siegemund jumping up from her seat and scrambling to retrieve her bags as the courtside bins were knocked over by the force of the water.

Yet one ultra-professional ballboy refused to move, standing completely still in the face of being covered.

Soon after the players had returned to their seats, the sprinklers went off again, leaving a steward to stand on the sprinkler cover to try to solve the issue.

However, with the court having been partially soaked as well as the players, it was not deemed suitable to play and the match had to be moved onto the neighbouring Court 16. 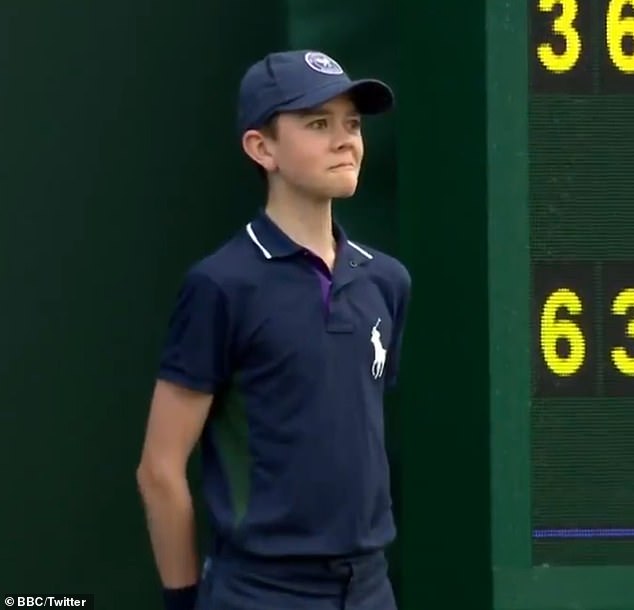 One ultra-professional ballboy refused to move, standing still in the face of being covered