Emily Thornberry today vowed to be an ‘unashamedly socialist’ Labour leader if she takes over from Jeremy Corbyn as she also pledged to quit if she floundered in the top job.

Ms Thornberry formally launched her leadership campaign with a speech in her home town of Guildford this evening as she desperately tried to make an impact on the race.

Her speech came after the publication of a new poll which showed the battle is increasingly a two horse race between Sir Keir Starmer and Rebecca Long-Bailey.

The YouGov poll suggested Sir Keir had extended his lead over his rivals with the shadow Brexit secretary on course to beat Ms Long-Bailey in the final round of voting by 63 per cent to 37 per cent.

That is an increase for Sir Keir on the company’s poll last month which put him on 61 per cent and Ms Long-Bailey on 39 per cent.

The numbers are likely to cause alarm in Ms Long-Bailey’s leadership team as she appears to be losing ground to her fellow front runner. She will launch her campaign at an event in Manchester tonight. 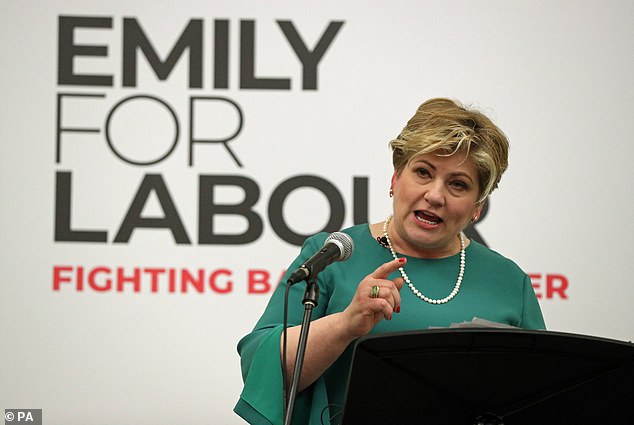 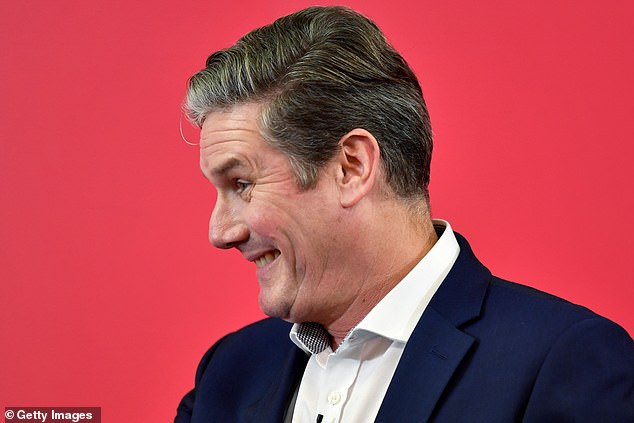 An earlier Survation poll of Labour members for the LabourList website published on Wednesday also suggested it is a two horse race.

It showed that Rebecca Long-Bailey had the support of 42 per cent of members with Sir Keir Starmer second with 37 per cent.

Jess Phillips had the support of nine per cent of members and Lisa Nandy had the backing of seven per cent.

Ms Thornberry was last out of the five candidates with just one per cent of support.

Ms Thornberry used an address in Guildford this evening to warn that Labour faces ‘a long, tough road back to power’ after the party last month suffered its worst general election defeat since 1935.

Check this out  Police uninjured as explosive devices thrown in...

She set out why she believes she is best placed to take the fight to the Tories.

‘In my 42 years as a member of the Labour Party, there is no fight or campaign our movement has waged where I have not been on the frontline,’ she said.

‘And since coming to Parliament 15 years ago, I’ve also been on the frontline in the fights against climate change, Universal Credit, and anti-abortion laws in Northern Ireland.

‘I’ve led the charge as shadow foreign secretary against Donald Trump and the war in Yemen.

‘And in the two years I shadowed Boris Johnson as foreign secretary, I showed him up every time for the lying, reckless charlatan that he is.’

Ms Thornberry said that if she becomes Labour leader she would put forward an ‘unashamedly socialist’ manifesto as she tried to carve out a space for her candidacy.

‘Who will stand up and lead the fight? Who will give us strength, experience and passion? Who will give us an unashamedly socialist but deliverable manifesto? Who will win back the voters we lost in the last two years? And crucially, who will take us to victory and take us back into government?

Check this out  Grenfell fraudsters made £775,000 of bogus claims over tower block blaze

‘And it’s because I believe I have the skill, the values and the vision to achieve all of those goals that I decided to stand up and fight for the Labour leadership.’

She also promised that she would step down as Labour leader if people did not believe she could win an election.

She said: ‘If I’m elected leader, and if I believe at any point, or you tell me, or my colleagues tell me, or the polls tell me, that I can’t win an election and take us into power, I will always put the Labour party first.

‘I will do what I believe is best to ensure we get a Labour government. So in those circumstances, I would stand down and give someone else the chance to achieve the only goal that counts for our country: getting a Labour Prime Minister back in power.’

Ms Thornberry squeaked into the next stage of the leadership race on Monday after managing to secure the backing of the required 22 MPs needed to progress.

Now the five candidates must win the nominations of 33 local constituency parties or three Labour affiliates, including at least two trade unions, to enter the final postal ballot of members.

Party members will then vote between February 21 to April 2 with the winner announced on April 4.