So what comes next for Donald Trump himself? 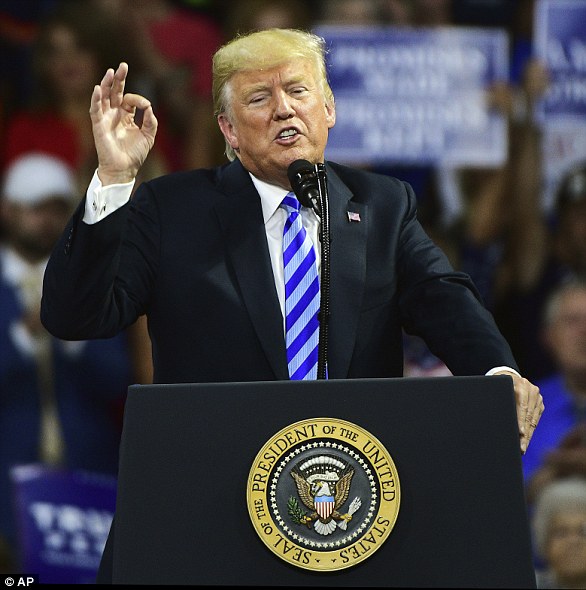 Donald Trump has repeatedly attacked the Russian election meddling probe as a ‘rigged witch hunt’, but on Tuesday it delivered two guilty parties

But the prevailing legal opinion is that Trump will not face criminal prosecution while in office, though there is nothing in the Constitution that strictly forbids it.

The text of Article 2, Section 4, and Article 1, Second 3, when taken together  imply that a president must be impeached and convicted by the Senate before he can be prosecuted, but does not outright say it.

Article 2, Section 4, makes clear what the impeachment power is.

‘The President, Vice President and all civil Officers of the United States, shall be removed from Office on for, and Conviction of, Treason, Bribery, or other high Crimes and Misdemeanors,’ it says.

Article 1, Second 3, sets out the existence of the Senate and says: The Senate shall have the sole Power to try all Impeachments.

‘When sitting for that Purpose, they shall be on Oath or Affirmation. When the President of the United States is tried, the Chief Justice shall preside: And no Person shall be convicted without the Concurrence of two thirds of the Members present.

‘Judgment in Cases of Impeachment shall not extend further than to removal from Office, and disqualification to hold and enjoy any Office of honor, Trust or Profit under the United States: but the Party convicted shall nevertheless be liable and subject to Indictment, Trial, Judgment and Punishment, according to Law.’

Check this out  Can YOU spot the puppy hidden among the adult dogs?

That has led to legal debate in the past and the question even ended up before the Supreme Court in 1974 during the Watergate scandal, but a ruling was never made.

Justice Department guidelines say that a sitting President shouldn’t be charged with a crime while in office, but that could be subject to a challenge.

Even if Trump cannot be indicted on criminal charges, he could still be impeached for ‘treason, bribery, or other high crimes and misdemeanors’. 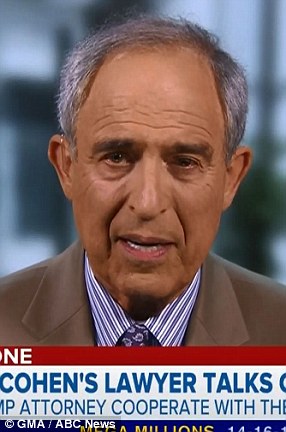 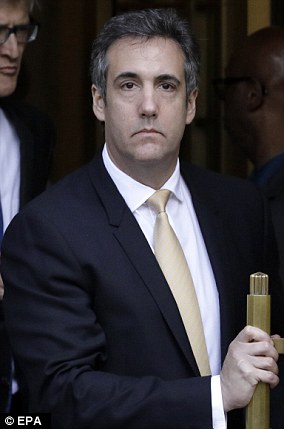 Lanny David (left), the attorney for Trump’s former lawyer Michael Cohen (right), argues that Trump is implicated in the crime – but it is unlikely a sitting president would be indicted on criminal charges

Impeachment requires a majority in the House to pass articles of impeachment against the president.

The House Judiciary Committee then prosecutes the president in front of the Senate, with the Chief Justice presiding.

There needs to be a two-thirds majority vote in the Senate to convict.

As things stand the Republicans control both houses, so it is highly unlikely that Trump will face impeachment so long as the status quo holds.

However, the Democrats are hoping that mid-term elections in November will hand control of both houses back to them, which would put Trump in trouble.

As one Republican lawyer told Politico, Cohen’s allegations that Trump forced him to make payments provides the perfect fodder for impeachment.

‘It’s the only excuse they’ll need. And believe me, they won’t need much of an excuse,’ he said.

On Tuesday, Trump urged people to vote Republican in the elections, warning that voting Democrat would lead to ‘open borders and crime’. 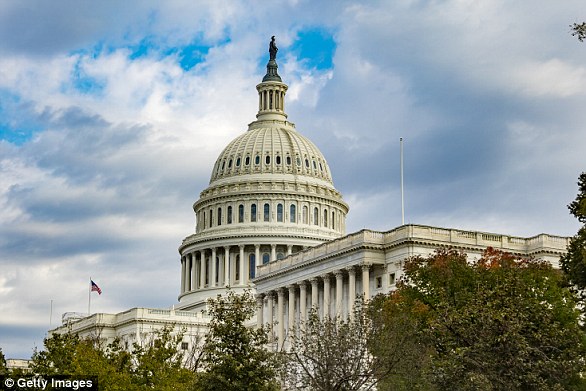 Trump could be impeached, though that is unlikely to happen unless the November mid-terms hand control of the House and Senate back to the Democrats