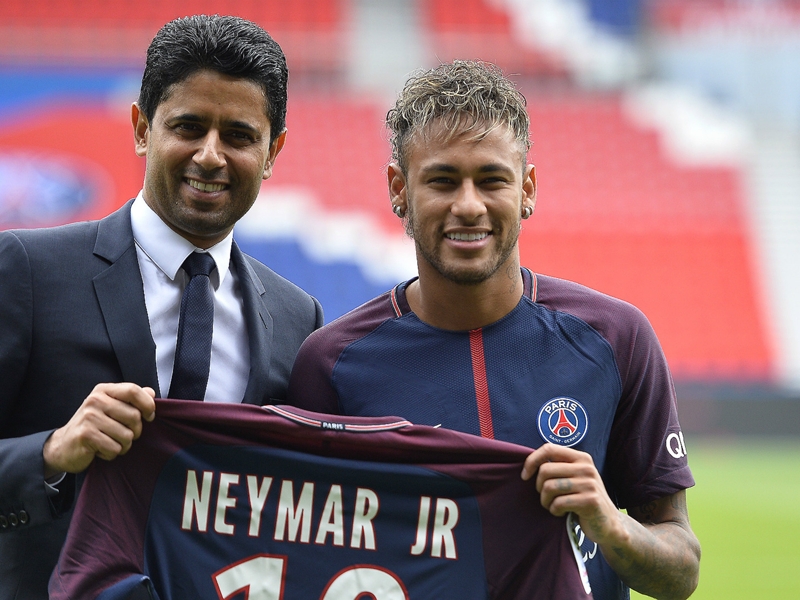 The former Chelsea, AC Milan and Brazil centre-back does not envy the defenders who will have to try and stop a star-studded front line this season

Neymar can be part of another celebrated forward trident at Paris Saint-Germain according to former Brazil defender Alex.

The 25-year-old left Barcelona in a world-record €222million deal last week, bringing an end to his alliance with Lionel Messi and Luis Suarez.

PSG travel to Guingamp on Sunday and Alex – who represented the capital club between 2012 and 2014 – feels a front line of Neymar, Angel Di Maria and prolific striker Edinson Cavani is unlikely to be any more enjoyable for opposition defences than facing ‘MSN’.

Check this out  COMMENT: Mamelodi Sundowns prove credentials in win over USM Alger

“We know there are other players in the squad fighting for a place, but I think at first they will play with those three up front,” he told Omnisport.

“I wouldn’t want to be a defender trying to stop a trio like that. They’re going to cause a lot of trouble. But it will be awesome for the people who like football and like to watch football.

Why Neymar could end up at Real Madrid

“You see Real Madrid, Barcelona, PSG … big teams, in decisive games, It’s going to be hard for the defenders, I don’t want to be in their situation.”

Check this out  MLS transfer news: The latest rumors and trades in Major League Soccer

Neymar’s arrival at PSG has brought to mind Ronaldinho’s spell at the Parc des Princes and Alex believes there are parallels between his old international team-mate and the current Brazil captain.

“It is very similar, their way and manner of playing football,” he said. “The position where they like to play, always on the left side, looking for the ball and attacking the sides and full-back.

‘Neymar is one of the greatest’

Alex added: “I hope that Neymar will arrive with the same football that he played in Barcelona. [If he does] he will certainly have many chances for him to win the Champions League.”