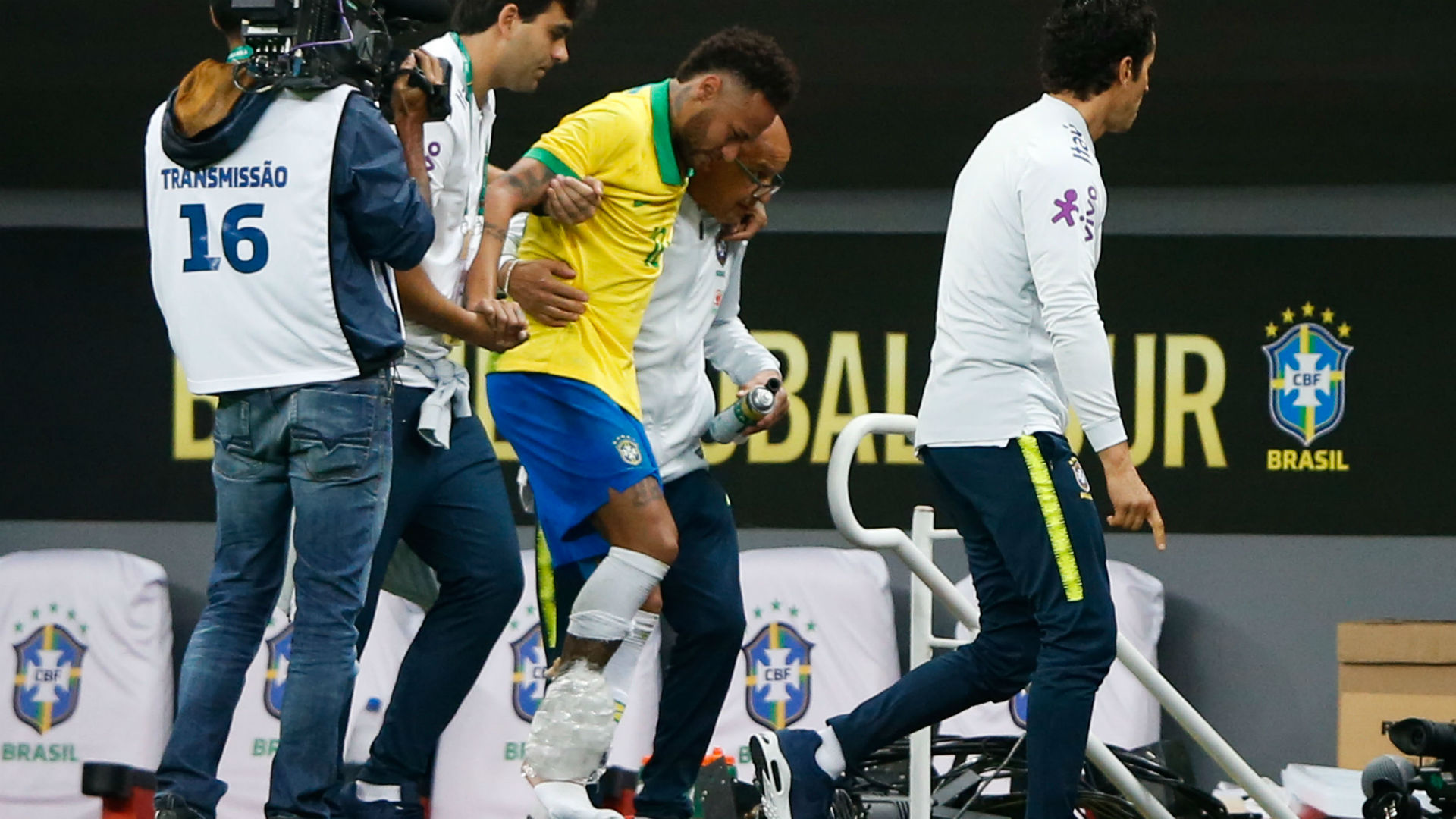 After a ruptured ankle ligament ended Brazil star’s Copa America hopes, PSG will now be looking to determine the timeline of for his recovery

Neymar will be reassessed by Paris Saint-Germain to determine a recovery time after the Brazil star was ruled out of the Copa America with a serious ankle injury.

Brazil forward Neymar suffered a ligament rupture in his right ankle during Wednesday’s 2-0 friendly win over Qatar in Brasilia.

Neymar left the ground in tears as he was carried down the tunnel in the first half before the Brazilian Football Confederation (CBF) confirmed the PSG star’s absence from the Copa America, which gets underway on June 14.

Neymar missed a large chunk of last season with the French side after suffering a foot injury that required surgery in in early 2019.

The Brazilian has been hit with multiple injuries since making his record-breaking move to Ligue 1, and now looks set to miss more matches for the club, who are hoping to get a better understanding of how long he will be out of action.

Ligue 1 champions PSG released a statement on Thursday, which read: “Neymar Jr. suffered a severe sprain of the outer lateral ligament of his right ankle in Brasilia during a warm-up match for the Copa America.

“Paris Saint-Germain’s Brazil striker will be reassessed by the club’s medical department within the next 72 hours to define the rehabilitation process and recovery time for the player.”

Neymar Jr. suffered a severe sprain of the outer lateral ligament of his right ankle in Brasilia during a warm-up match for the Copa America…

The injury comes as just another blow for Neymar, who was stripped of Brazil’s captaincy earlier in the month and is facing potential legal troubles off the field as well.

It also comes a major hit to Brazil’s hopes of winning the Copa on home soil.

Brazil last won the Copa America in 2007, and there are still high hopes for the Selecao to end their drought this summer.

Check this out  Denis Bonaventure nets in Club Brugge win

Neymar netted 15 Ligue 1 goals and 23 across all competitions for French champions PSG in 2018-19.