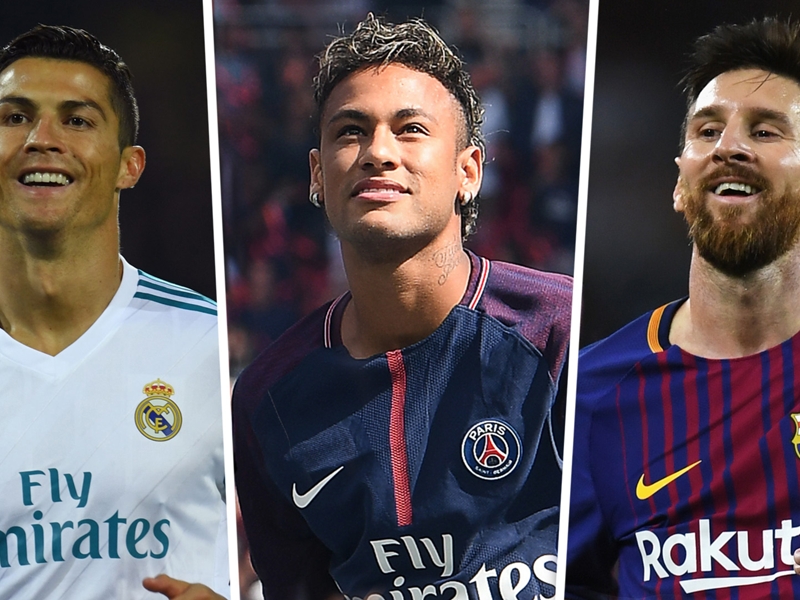 Neymar will win the Ballon d’Or after Lionel Messi and Cristiano Ronaldo’s dominance has ended, according to Kaka.

Since 2008, Ronaldo and Messi have shared the prestigious individual honour between them, with the Real Madrid star claiming four and the Barcelona legend five awards.

Following last season’s Champions League triumph with Madrid, Ronaldo is the favourite to receive the trophy again this year to draw alongside his great rival.

With both Ronaldo and Messi now into their thirties, thoughts are already drifting towards who will succeed them as football’s best player.

Former AC Milan and Real Madrid playmaker Kaka believes his fellow Brazilian, and Paris Saint-Germain attacker, Neymar will be the one to take over in the future.

“Football isn’t an exact science so it’s difficult to say what will happen in the future, but I would say that the next winner of the Ballon d’Or after Cristiano and Messi will be Neymar,” Kaka told the Colombian media outlet El Espectador.

Kaka was the last player to win the Ballon d’Or before the dominant era of Messi and Ronaldo after lifting the Champions League with Milan in 2007.

“It’s incredible to win an individual award in a team sport and also one where everybody wants to be able to say: ‘I’m the best.’,” Kaka said.

“I tried to maintain a good level of form and I understood that the award was for what we did as a team. I am always grateful to my team-mates at Milan for what we achieved.”