With the Government releasing the first batch of its ‘no-deal’ impact assessments today, Brexit critics are gleefully anticipating dire headlines.

They have jumped on outlandish predictions for life after Brexit, from rioting and planes being grounded, to empty supermarket shelves and warnings that a no-deal Brexit would push food prices up by 12 per cent.

But what’s the truth? Here, ROSS CLARK analyses claims from proponents of the new Project Fear.

‘A NO-DEAL Brexit would raise food prices by 12 per cent,’ executives from Britain’s leading supermarkets warned the Treasury. 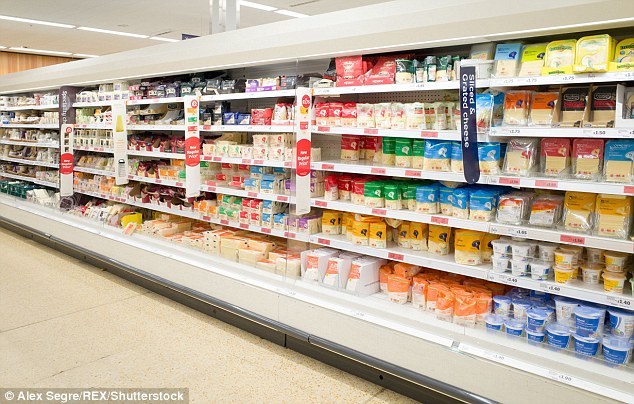 Food prices could increase by 12 per cent in a no-deal Brexit, supermarket bosses have warned (file image)

REALITY: The claim is based on the assumption that the Government would adopt the same tariffs on food imports that the EU currently obliges Britain to levy on imports from outside the EU – which are as much as 44 per cent for cheese and 40 per cent for beef.

Yet after a no-deal Brexit, the UK will be able to set tariffs at whatever level it wants – including zero.

Under World Trade Organisation (WTO) rules we wouldn’t be able to discriminate between countries we don’t have a free-trade agreement with – we would have to levy the same tariff on food from France as we do from, say, Brazil.

‘UK would run out of food a year from now with no-deal Brexit, NFU warns’. 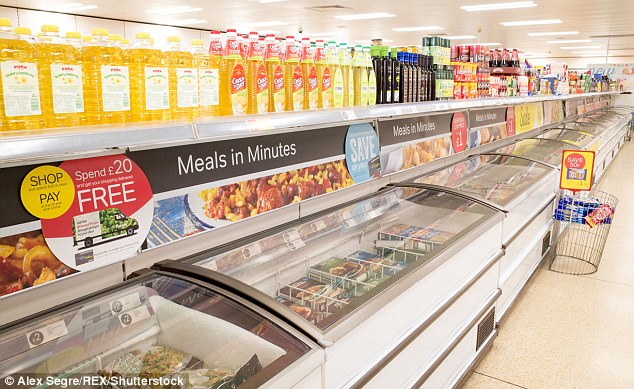 REALITY: This headline appeared in the Remain-supporting Guardian this month, and the claim seems to be based on a figure released by the Department for Environment, Food and Rural Affairs that suggests Britain ‘only’ grows 60 per cent of what we eat.

Given that August 7 – when the report appeared – is 60 per cent of the way through the year, the National Farmers’ Union has decided that this is the date we would run out of food if all imports were suddenly cut off.

The 60 per cent figure for Britain’s self-sufficiency is real, but it is ridiculous to assert that all food supplies from abroad would be cut off in the event of no deal.

Why wouldn’t EU farmers and food producers want to export to Britain? And even if the EU were to ban all food exports to Britain – the odds of which are negligible – we could just import more food from non-EU countries.

Some 5 per cent of our food comes from Africa, 4 per cent each from North America, South America and Asia, 2 per cent from non-EU European countries and 1 per cent from Australasia, according to Defra.

Diabetics will have to go without insulin. 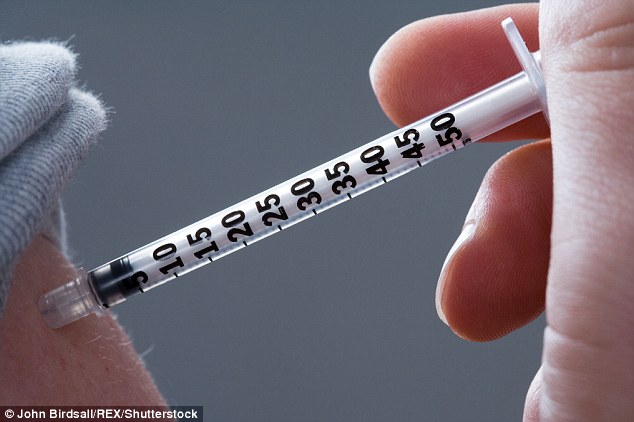 Sir Michael Rawlins claimed 3.5million UK diabetics would be at risk because ‘we make no insulin in the UK’ (file photo)

REALITY: On July 30 Sir Michael Rawlins, chairman of the Medicines and Healthcare Products Regulatory Agency, claimed 3.5million UK diabetics – including the Prime Minister – would be at risk because ‘we make no insulin in the UK’ and what we import from the EU has to be temperature-controlled, meaning it could go off if there were delays at ports.

He had to clarify his remarks after it emerged that a factory in Wrexham produces insulin, and drugs firms that manufacture it in France and Denmark reassured diabetics contingency plans will ensure Britain will not run low. 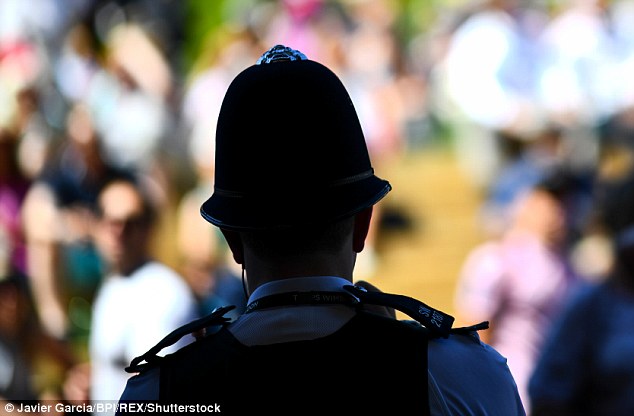 REALITY: In another scaremongering Guardian headline, the paper reported on a letter to the Home Secretary from the Association of Police and Crime Commissioners’ cross-party Brexit working group.

Police and crime commissioners are not to be confused with the police – they are in most cases locally elected politicians.

Their claim seems to be based on a speech made by the EU’s chief negotiator Michel Barnier in June in which he said British police would no longer have direct access to EU police databases or the European Arrest Warrant. Yet Mr Barnier also went to pains to say that it wouldn’t mean the end of co-operation nor extradition. In any case, the European Arrest Warrant is widely criticised, not least by shadow attorney general Baroness Chakrabarti. As director of Liberty in 2014, she raised the case of Andrew Symou, who was extradited to Greece on manslaughter charges despite ‘serious doubts about the reliability of evidence’. He was acquitted after spending ten months in jail. 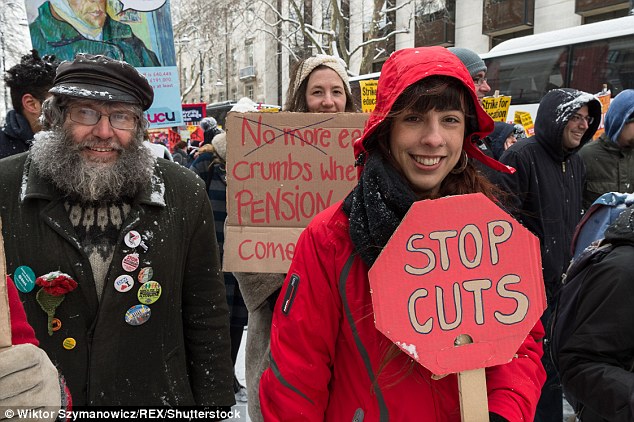 REALITY: This claim was apparently made by Doug Gurr, Amazon’s chief in the UK, at a private meeting with Brexit secretary Dominic Raab a month ago – although it is not clear exactly what he meant by civil unrest and what would trigger it.

Suffice to say that a decade ago Britain withstood the collapse of a bank followed by the deepest recession since the Thirties without civil unrest – so why Brexit should lead to it isn’t clear.

‘Aeroplanes will be grounded’ 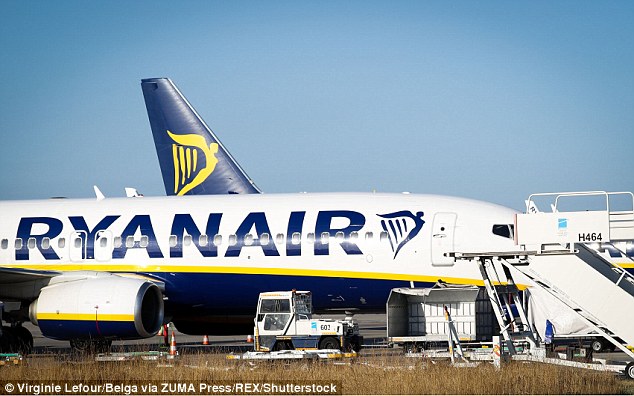 REALITY: Chancellor Philip Hammond suggested this extreme scenario while answering questions from the Commons Select Committee on Business last November. For it to occur, however, it would mean the EU ejecting the UK from its ‘open-skies agreement’ – a single market for airlines allowing any majority European-owned airline to fly between EU airports – and refusing to set anything else up.

That is highly unlikely as, besides being unable to fly to Britain, European airlines would be unable to use British airspace which covers a vital area criss-crossed by many transatlantic flightpaths.

Another reason why planes would be grounded was given by Paul Everitt, chairman of ADS, a trade body for the UK aerospace industry. He claims that after a no-deal Brexit, planes with British-made parts might no longer be allowed to use EU airspace.

This is preposterous. It isn’t just UK airlines that use planes with British-made components – Rolls Royce makes a large proportion of the world’s commercial jet engines and Airbus, registered in Holland, makes wings in Wales. It would mean the EU having to ban planes taking off across Europe.

‘M20 could be a giant lorry park for years’ 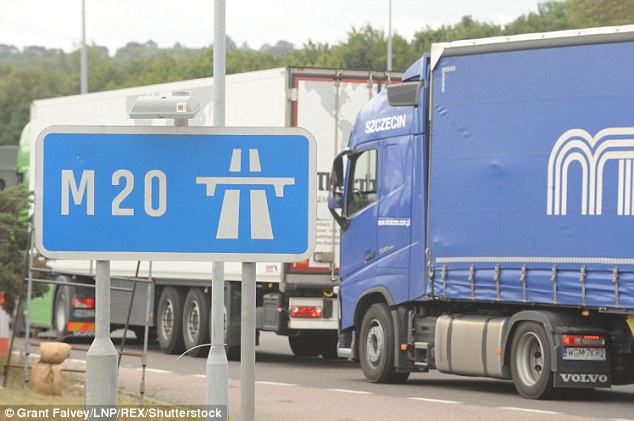 REALITY: This is based on an impact assessment by Dover Council. Port officials said that if lorries were given customs checks lasting an average of two minutes it would cause 17-mile tailbacks.

We don’t know what customs arrangements will be in place after Brexit or if there will be any increase in checks. But the hysterical reporting ignores the fact that the traffic system already has to cope with substantial delays at the port.

In 2015, a stretch of the M20 was closed for 24 days as part of Operation Stack – which involved parking lorries on the motorway after a dock strike in Calais caused delays. The police now use Operation Brock, which keeps the road open by parking lorries on just one carriageway.

Even before the referendum, authorities were considering creating a permanent lorry park to cope with such delays.

‘Brexit has given us the slowest growing economy in the developed world’. 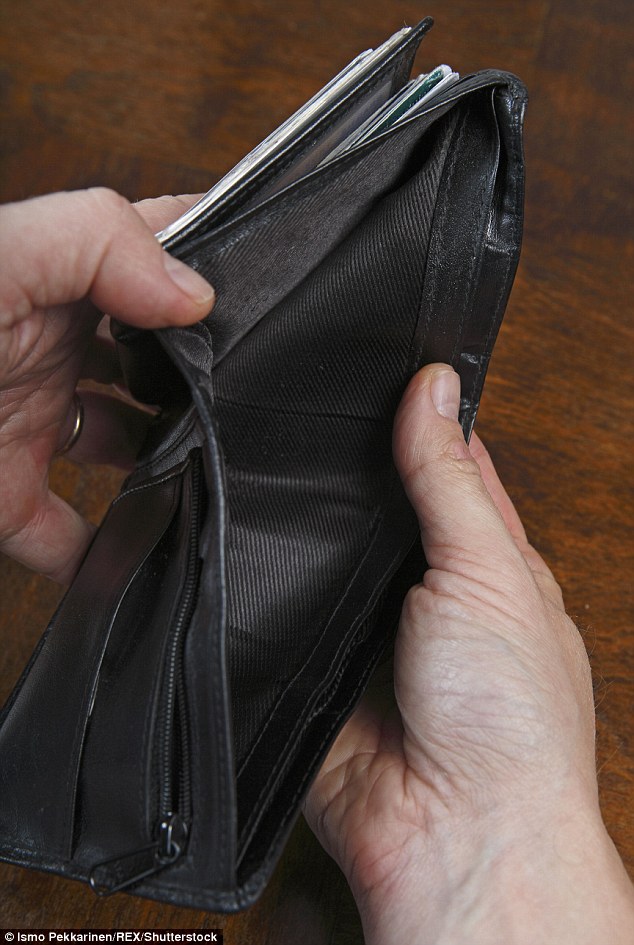 Last Friday, the latest GDP figures showed Britain was once more growing faster than the Eurozone – with growth of 0.4 per cent in the last quarter, compared with 0.3 per cent for the Eurozone.

Just this week, Britain recorded the lowest net borrowing for the period April to July in 16 years.

Brexit ‘will break the NHS’ 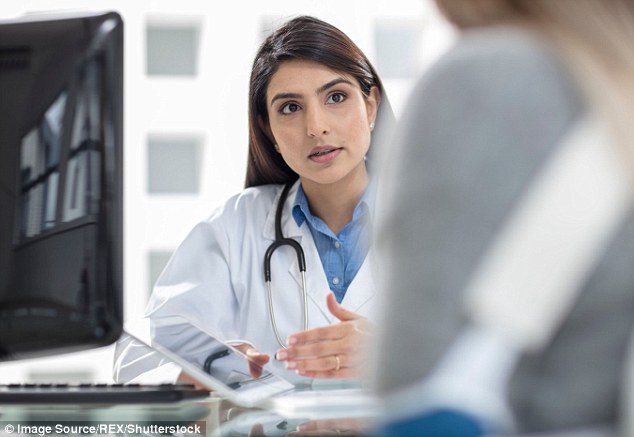 REALITY: False claims have been made that there is already a ‘Brexodus’ of NHS staff. While some EU nationals have left NHS jobs since the referendum, they have been more than outnumbered by EU nationals who have joined the NHS – in the first year following the Brexit vote there was a net increase of 3,000 EU nationals working in the NHS.

What has worried some Remainers is a decrease in the number of nurses from other European Union countries during that 12-month period. However, that was more likely to have been the fault of over-stringent new language tests, which in some cases even caught out native English speakers from Australia.