Norway’s Crown Princess Mette-Marit apologises for meeting paedophile Jeffrey Epstein several times after his 2008 conviction, saying she was ‘unaware how serious his crimes were’

By Chris Dyer For Mailonline

The Crown Princess of Norway has apologised for meeting with paedophile Jeffrey Epstein after his conviction in the US.

Princess Mette-Marit met with the disgraced financier several times between 2011 and 2013, following an introduction by mutual acquaintances.

Epstein was found hanged in his Manhatten jail cell in August this year awaiting a trial in the US on federal charges of sex trafficking.

Meetings between Epstein and the crown princess occurred in social settings, mostly in the US, with one instance of the pair meeting in Norway, according to local media.

Today the Crown Princess issued an apology for having met the billionaire, who has also dragged fellow royal, Britain’s Prince Andrew, into controversy over their friendship. 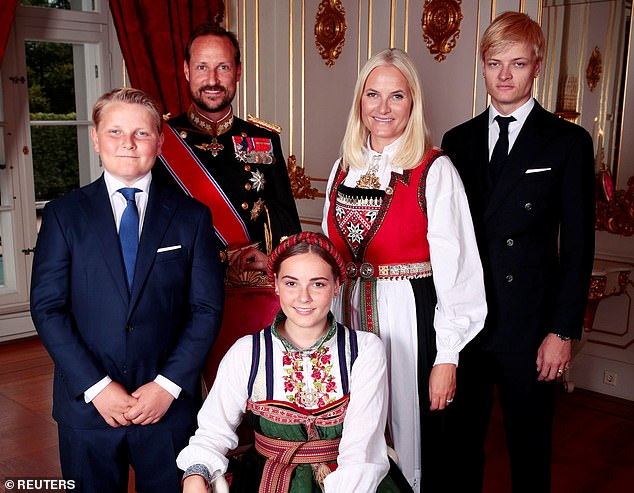 Andrew’s meetings with Epstein and his stays at the billionaire’s homes in the US caused charities and businesses to distance themselves from him in the wake of his interview with BBC Newsnight last month.

In a statement issued today sent to DN by the Norwegian palace, a spokesman said the crown princess of Norway was not aware of the seriousness of Epstein’s crimes.

It said: ‘I never would have associated with Mr. Epstein if I had been aware of the seriousness of the crimes he committed. I should have investigated his past more thoroughly, and I am sorry that I didn’t.’

In 2008 Epstein admitted and was convicted in Florida of procuring an under-age girl for prostitution and he served 13 months in prison.

Epstein donated large amounts of money to the International Peace Institute in New York that is run by former Norwegian diplomat Terje Rod-Larsen, reports in the Norwegian media revealed.

They are exacerbating tension, our goal is to secure our people...