Novak Djokovic cut a frustrated and rattled figure at times during the Wimbledon final, at one stage telling the crowd to ‘Shut the f*** up’ during the third set.

The Serbian tennis star won Wimbledon for the fourth time after besting Kevin Anderson 6-2 6-2 7-6 (3) and his beaming smile after lifting the trophy aloft was in stark contrast to his foul mouthed outburst. 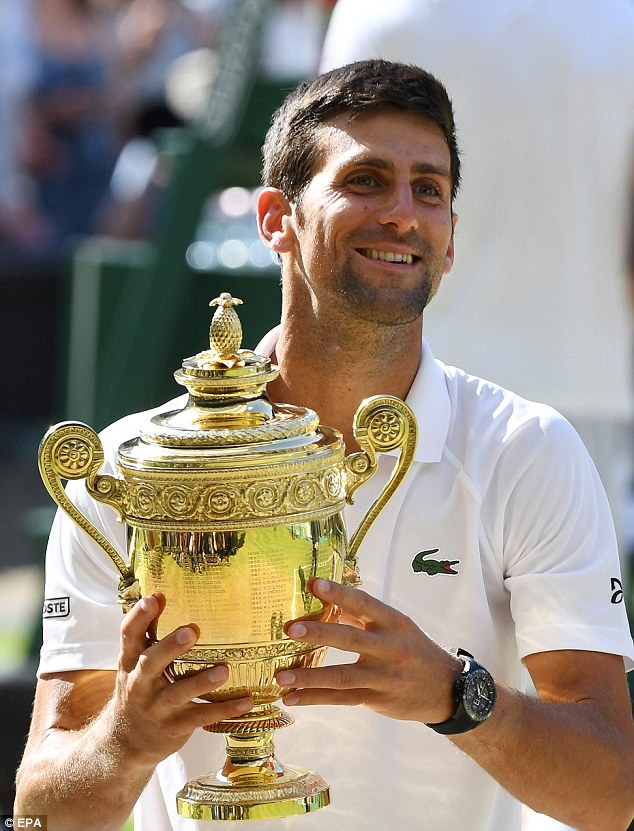 The Serbian tennis star won Wimbledon for the fourth time

The excitable Wimbledon crowd were hoping for a match compared to the legendary battles of yesteryear, but at points got a bit carried away.

Djokovic landed a delicate shot over the net and then when walking back to the base line, put his finger to his slips and screamed in the direction of the crowd ‘shut the f*** up’.

He also asked the umpire for assistance in quietening down the Wimbledon crowd.

It is not the first time he has clashed with the Centre Court crowd this tournament. 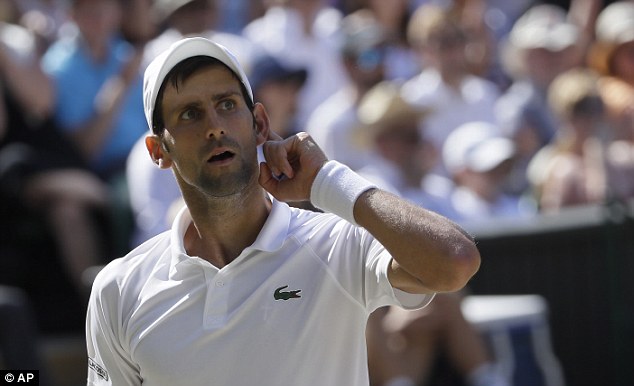 When playing Kyle Edmund he described the match as having a ‘Davis Cup-like atmosphere.’

Despite his frustrations Djokovic lifted the trophy and admitted having his son at court-side was a lovely experience.

He said:  ‘It feels amazing because for the first time in my life I have someone screaming Daddy,’ said Djokovic, referring to his son Stefan up in the player box. ‘I can’t be happier.’