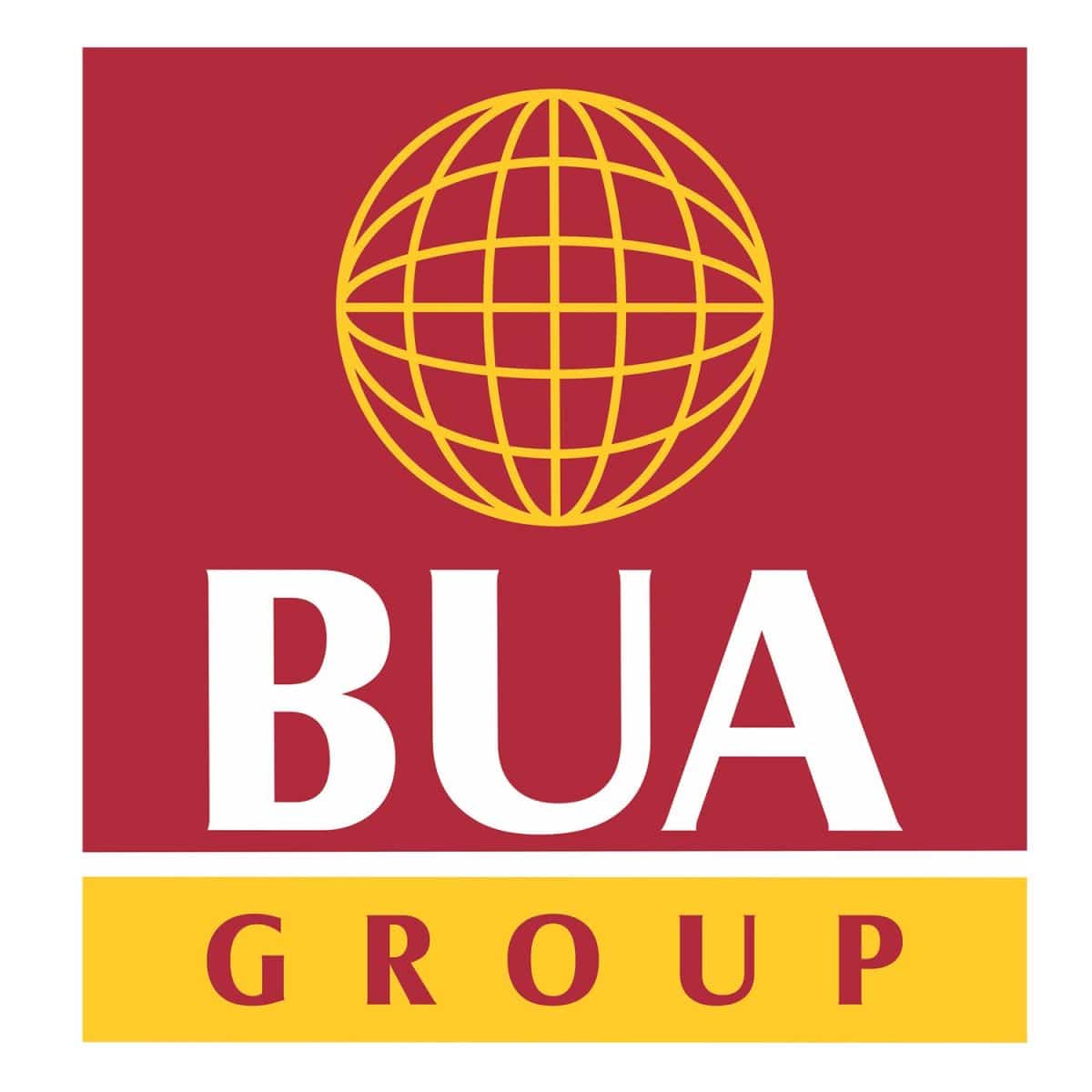 Leading food and infrastructure giant, BUA Group and owners of BUA Ports and Terminal, Port Harcourt, has said it will follow due process in defending and protecting its rights against the recent decommissioning of its Terminal in Port Harcourt by the Nigerian Port Authority (NPA) .

The NPA had earlier claimed in a statement by its spokesperson and published in various newspapers that the reason for the decommissioning of BUA Jetty was a result of the unsafe operational environment of the jetty which needed urgent repairs and reconstruction.

BUA Group, however, explained that it had on different occasions written the NPA seeking approval to perform remedial works on the terminal and wondered why the NPA refused to grant approval but rather hurriedly decommissioned the terminal despite the repair works required for the part of the Jetty in question not requiring a decommissioning or closure of the entire Terminal.

BUA Group also accused the NPA of failing to meet its obligations regarding the lease agreement and of disregarding the Federal High Court, Lagos Division injunction restraining NPA from terminating or giving effect to the Notice of Termination pending the referral of the issues in dispute to arbitration as provided under the lease Agreement.

Also, BUA group questioned why the NPA will jettison the pending arbitral processes of the Court Of Arbitration of the International Chamber of Commerce in Paris and take laws into its hands by de taking physical possession of the Terminal.

The company however declared that they remain unshaken by the actions of NPA and vowed to vigorously defend its rights as provided under the agreement both in court and arbitration proceedings whilst remaining committed to the terms of the agreement.

The statement reads, “Our attention has been drawn to recent publications and news reports in various news media and inundated with calls from various media houses and stakeholders asking for our side of the issues with the management of Nigerian Ports Authority [NPA] over the decommissioning of our Terminal at Port Harcourt.

“Ordinarily, we would not have reacted to such publication as the matter is currently before the competent court and subject of arbitration proceeding between the parties. However, it is important that we present salient facts in similar medium of the publication for the benefit of the stakeholders in the maritime industry and the general public.

“Under the agreement between the parties, NPA has an obligation, among others, to dredge the port and repair the quay apron of Terminal which responsibility it has failed to perform till date.

“The background to the issues between the NPA and BUA Ports and Terminals Limited has its roots in the Lease Agreement between the Nigerian Port Authority, the Bureau of Public Enterprises on the one hand – both representing the Federal Government of Nigeria – and BUA Ports and Terminal Limited on the other hand. The Lease Agreement provides for mutual rights and obligations and makes provision for dispute resolution mechanism which explicitly states that dispute shall be resolved by arbitration.

“To our surprise and utter bewilderment and in clear breach of the contractual provisions , NPA by a letter dated 11th November, 2016 terminated the Lease Agreement. BUA Ports and Terminals as a law abiding corporate citizen approached the Federal High Court, Lagos Division in Suit No. FHC/L/CS/633/17 between BUA Ports and Terminal Ltd v. NPA contesting the purported termination of the Lease and obtained an order of injunction restraining NPA from terminating or giving effect to the Notice of Termination pending the referral of the issues in dispute to arbitration as provided under the Agreement. The Order granting injunction is dated 18th January, 2018.

“By the terms of the Agreement, the parties are enjoined to continue with the observance of the terms and performance of their respective obligations under the Agreement even while disputes are being resolved by either court or arbitration. As a result of the injunction and the terms of the contract, BUA Ports and Terminals continues to carry out its obligations under the contract pending the resolution of the dispute.

“It is important to state that subsequent to the order of injunction, BUA Ports and Terminals wrote several letters and made overtures to the management of NPA for an amicable resolution of the dispute. NPA did not respond to the request for amicable settlement or the overtures made as the management of NPA appears bent and determined to give effect to the Notice of Termination by several measures including but not limited to decommissioning the Terminal.

“Consistent with the terms of the agreement, BUA wrote a letter dated 16th May, 2019 to notify the NPA of the state of the jetty and the need for immediate remedial works. BUA Ports and Terminals specifically in that letter requested the approval of NPA for it to carry out the necessary repairs and reconstruction to avert imminent collapse and danger to human lives.

“However, NPA instead of giving the requisite approval as requested in our letter and consistent with the terms of the Agreement, in its determination to give effect to the purported Notice of Termination took laws into its hand by directing the decommissioning of the jetty and immediate closure of the Terminal.

Check this out  Bello expresses optimism of picking APC ticket

“It should be stated that the repairs required was as a result of the nefarious activities of hoodlums and vandals who had over a period of time cut the pipes and steel beam of the berths thereby affecting their stability, among others. The activities of these hoodlums and vandals were at various times reported to the NPA who had the responsibility and obligation under the Agreement to provide security for the Ports.

“The NPA did nothing. Indeed BUA in its determined effort to tackle these issues caused some arrests to be made and some of the suspects prosecuted, but NPA as owners of the Ports showed little or no interest in the prosecution and the case was lost. Obviously if the NPA had been alive to its responsibilities and provided the required security, the activities of the vandals would have been prevented.

“It is important to stress that the repair and reconstruction required for the part of the Jetty in question does not require a decommissioning or closure of the entire Terminal. The carrying out of the remedial works if approved by the management of NPA would have remedied the defects stated in our letter to NPA and averted any risk of loss of property and lives.

“It is apparent that NPA is using the said letter by BUA Ports and Terminals as a subterfuge for an effective termination and closure of the Terminal in violation of the order of the court restraining NPA from carrying into effect the purported Notice of Termination.

“It is also germane to point out that under the Lease Agreement, NPA has an obligation, among others, to dredge the port and repair the quay walls and apron of the Terminal which responsibility it has failed to perform till date. The dredging of the port is a sine qua non condition for the effective reconstruction and rehabilitation of the jetty given the age of the port (over 100 years old).

“Contrary to the impression being created by NPA that BUA Ports and Terminals refused or neglected to reconstruct the berths it is imperative to point out that BUA Ports and Terminals Limited awarded the contract for the rehabilitation and reconstruction of the berths to Julius Berger Nigeria Limited (arguably the best civil construction company in Nigeria) and made a payment of Four Million Seven Hundred Thousand Euros as part-payment for the contract which was frustrated by the deliberate refusal of NPA to fulfil part of their obligations stated above. The contract is however still subsisting. A copy of the letter from JBN acknowledging advance payment also exists.

Check this out  UNILORIN VC speaks on 2019 admission

“For the avoidance of doubt, we should state that subsequent to the letter of NPA dated 17th June ordering the decommissioning of the Jetty and closure of the Terminal, NPA upon our representation and after extracting an indemnity and undertaking from us, reopened the Jetty and the Terminal and we were in operation for three weeks only for the management of NPA to direct the Port Manager orally to close the Terminal. The question is what is the purpose of extracting an undertaking and indemnity from us if NPA would still close the Terminal?

“The general public may wish to note that subsequent to the order of closure, NPA has since referred the matter to arbitration at the Court of Arbitration of the International Chamber of Commerce, Paris. BUA has responded to the claims of NPA and also counterclaimed. But rather than allow the arbitral process to proceed and await the determination of the issues, NPA has not only taken laws into its hands by taking physical possession of the Terminal by force and engaged in a campaign of calumny against us in its bid to justify the unlawful and extra-legal measures taken by the Authority.

“The question is why did NPA refuse to give approval to carry out necessary remedial repair works as requested in BUA’s letter of 16th May, 2019 and as confirmed by NPA letter of 17th June, 2019, as the substance of our letter?

“The simple answer is that NPA management is determined at all costs to terminate the Lease Agreement notwithstanding the terms of the agreement which provides that parties should continue with their respective obligations under the Agreement pending the resolution of disputes, the order of injunction and the pendency of the arbitration proceedings between the parties.

“While we are willing and ready to carry out necessary repairs/reconstruction of the berth (with the necessary cooperation of NPA), we shall in the interim vigorously defend and protect our rights as provided under the Agreement both in court and arbitration proceedings”, the statement added.