By Eleanor Harding for the Daily Mail

One in ten pupils in a year group disappear from school registers without any clear reason, a report suggests.

The analysis, by the Education Policy Institute think-tank, calculates that among the cohort that reached Year 11 in 2017, more than 61,000 pupils will have experienced an ‘unexplained exit’ during five years at secondary school.

This equates to as many as one in ten youngsters. And as many as 24,000 who experienced an unexplained exit did not return to the school system. 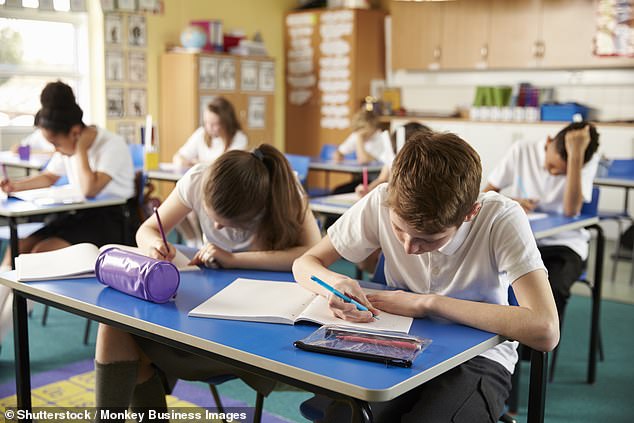 One in ten pupils in a year group disappear from school registers without any clear reason, a report by the Education Policy Institute think-tank suggests (stock image)

It comes amid concerns about illegal ‘off-rolling’, when problematic, naughty or academically poor pupils are unofficially removed from school rolls.

The study, sponsored by the National Education Union, defines unexplained exits as moves which are not for a legitimate family reason, such as moving home.

These included ‘managed moves’ – a recognised practice in which headteachers and councils moved a pupil from one school to another.

This is understood to be used in some areas of the country to avoid exclusions. 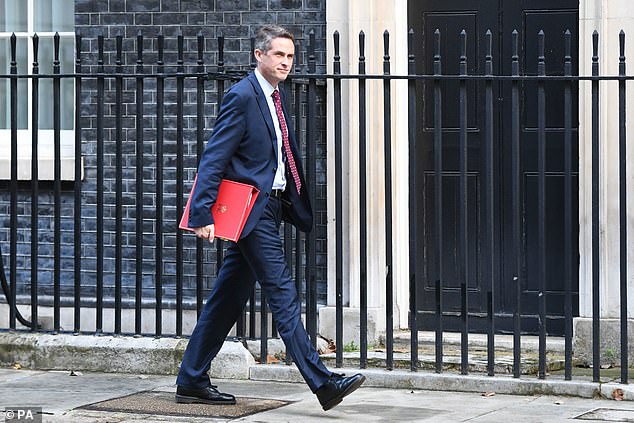 In response to the report, Education Secretary Gavin Williamson (pictured outside Downing Street this week) said the concerns were ‘really important to me’ and that he’s now instructed officials to look at it closely

Managed moves accounted for about 12.8 per cent of unexplained exits.

The report’s author Jo Hutchinson said: ‘There are thousands of pupils in England routinely removed from schools with no apparent explanation.

‘While certain groups of schools display very high rates of pupil exits, it is also clear this phenomenon pervades the entire school system and requires intervention at a national level.’

Check this out  DAVID DAVIS: We must protect the free British press from state bullies

In response, Education Secretary Gavin Williamson said: ‘The concerns that children are being off-rolled is something that is really important to me and something that I’ve instructed officials to look at very closely.’