Disorder has flared in Londonderry for a sixth successive night.

Youths in the city’s Bogside threw petrol bombs at police and random passing vehicles on Thursday night and also lit a fire on a main flyover.

The disturbances in the republican neighbourhood came after the city hosted Twelfth of July Orange Order commemorations.

Youths wearing hoods and masks, some of them of a very young age, were among a crowd of around 200 that gathered as trouble erupted in the Bogside on Thursday evening.

At one point a hooded rioter hurled a petrol bomb at the windscreen of a passing van from point blank range.

The majority of the petrol bombs were aimed at police stationed on the historic city walls overlooking the Bogside and on Fahan Street leading to the city centre.

Police Land Rovers were engulfed in flames on a number of occasions.

The Police Service of Northern Ireland expressed “regret” at the latest outbreak of disorder.

“It is clear that there are young children involved,” said a police statement. “Parents – make sure your children aren’t involved.”

It was the sixth night of violence in the area. 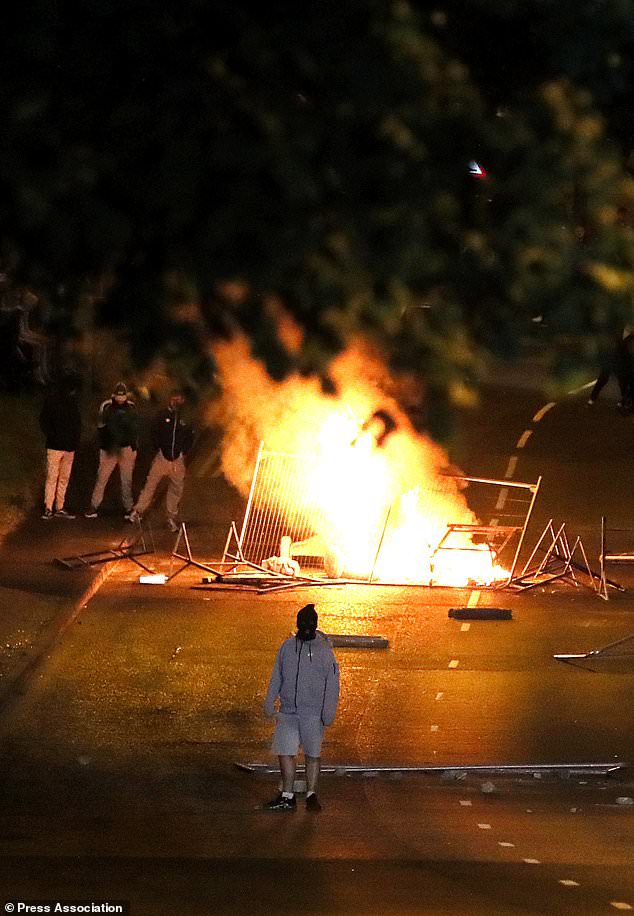 On Tuesday night a volley of machine gun fire was directed at officers and on Wednesday night two pipe bombs were thrown at police. No one was injured.

As well as police, rioters have also targeted homes in the nearby unionist Fountain estate.

Masked men hijacked and torched vehicles amid anger about moves to reduce the size of two loyalist Eleventh Night bonfires.

Thousands of Orange Order members took part in Twelfth of July parades across Northern Ireland on Thursday to mark the 1690 victory of Protestant King William of Orange over Catholic King James II at the Battle of the Boyne.

It was the biggest date in the Protestant loyal order parading calendar.