By Katie Hind Showbusiness Editor For The Mail On Sunday

When you are a billionaire, it seems that two extravagant mansions just aren’t enough.

John Caudwell – the founder of the telecoms firm Phones 4U which he sold for £1.5 billion in 2006 – already owns a £250 million house in London’s Mayfair and Broughton Hall, a £12 million Jacobean mansion in Staffordshire.

Check this out  Pacquiao, 39, rolls back years to stop Matthysse

But The Mail on Sunday can reveal that he has now bought a third – £100 million Doughty House, described as a ‘castle in London’ and close to a property owned by Sir Mick Jagger.

Mr Caudwell, 66, snapped up the mansion from developer K10 Group four years after it bought the property – which had suffered decades of neglect – for £7 million.

Builders have successfully transformed the house into one of the most spectacular stately homes in the country.

The property is just doors away from the home Jerry Hall once shared with Sir Mick. According to locals she even viewed Doughty House with her current husband media baron Rupert Murdoch.

However, it was Mr Caudwell’s deal that went through in April.

The ten-bedroom mega-mansion has spectacular views of the Thames from its location on Richmond Hill in South-West London.

It was once owned by 19th Century linen and textiles merchant Sir Francis Cook and is adorned with Roman mosaic flooring brought from the ruins of Pompeii.

The estate totals 38,000 sq ft, boasts 48 chandeliers, a dining room that fits 200 guests, a spa and a bowling alley. There will also be a series of state rooms, which are expected to be used by Mr Caudwell for his fundraising events. 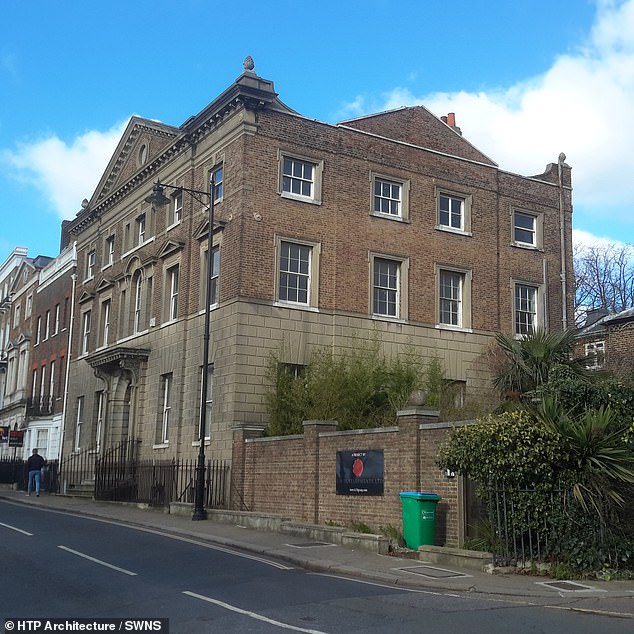 Transformed: A dowdy Doughty House, described as a ‘castle in London’, ahead of its restoration 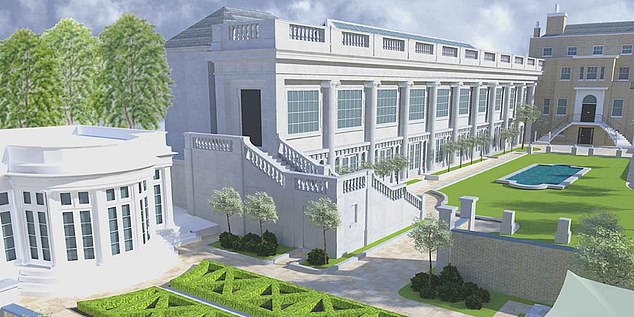 Pictured: A computer image of the finished mansion inside the grounds

A newly-built sweeping Palladian style double staircase will lead down from the house to the gardens. Centerpiece of the 40-yard long lawn will be a 15-yard reflection pool, inspired by the one at Chatsworth House in the Peak District.

The home was originally built in 1769 – in the finest Portland stone and London brick – for Irish politician Sir William Richardson.

Check this out  Girl, 12, run over by a car whose driver was 'shot in the face' in Liverpool

In 1786, the Georgian mansion, which resembles Prince Charles’s home Highgrove House, was purchased by heiress Elizabeth Doughty and gained its name.

In 1849, it was bought by Sir Francis Cook, at the time the third richest man in England. During the initial restoration work, the K10 Group discovered the Cook family’s original Rolls-Royce repair depot.

Mr Caudwell – whose partner is Modesta Vzesniauskaite, 35, who represented her native Lithuania in cycling at the 2008 Olympic Games in Beijing – recently revealed plans to install a waterway through his vast Mayfair mansion. He is expected to use his new ‘castle’ to host events to raise funds for his charities supporting children and victims of Lyme disease.