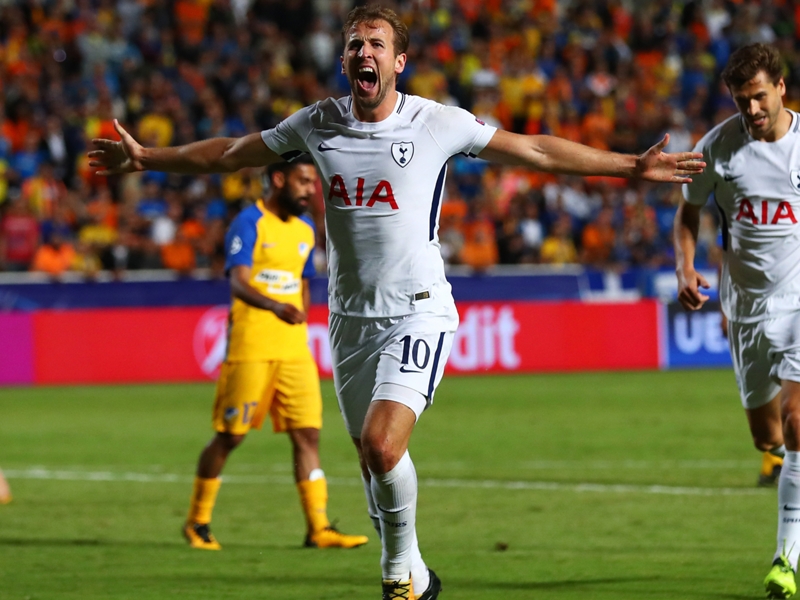 The Tottenham boss said his wife was jealous of his love for his star striker, who scored a hat-trick against APOEL.

Mauricio Pochettino has joked that his wife was jealous of his love for star forward Harry Kane.

Kane struck a perfect hat-trick to lead Spurs to a 3-0 Champions League victory over APOEL on Tuesday.

The England international already has nine goals this season and Pochettino said he was “in love” with the forward after his side’s win over West Ham on Saturday.

The Argentinian hailed the 24-year-old Kane and said he deserved comparisons to Real Madrid star Cristiano Ronaldo and Barcelona maestro Lionel Messi, but he was unwilling to talk about his love again.

“It doesn’t change my perception of Harry Kane because he scored three goals. For me he’s one of the best as I told you.

“But I don’t want to describe him as I did after West Ham because it was so controversial the description.”

Asked about the loving comment, Pochettino said: “Now my wife is so jealous. And his wife too.

“No, I think it’s unbelievable. You know, it’s Harry Kane.”

@HKane: “It’s a hat-trick I’m very proud of, my first in the @ChampionsLeague and the first perfect hat-trick of my career.” #COYS pic.twitter.com/6WN5GZVfZO
— Tottenham Hotspur (@SpursOfficial) September 26, 2017

Kane opened the scoring six minutes before half-time against APOEL and struck twice again after the break.

Pochettino was unwilling to be drawn into whether he would swap Kane for Ronaldo, saying he wanted both.

“I cannot joke about that because both are fantastic. Both are the type of players you want in your team, in the same team.”