A 16-year-old boy has been arrested on suspicion of murder after a young mother was stabbed to death in the early hours of this morning.

Police were sent to a residential street in Halifax, west Yorkshire at around 5.30am following reports a 23-year-old woman had been injured.

West Yorkshire Police said she was treated at the scene and was taken to hospital, but later died as a result of her injuries.

She has now been named locally as Paige Gibson, as a close friend paid tribute saying she ‘will be missed by everyone’. 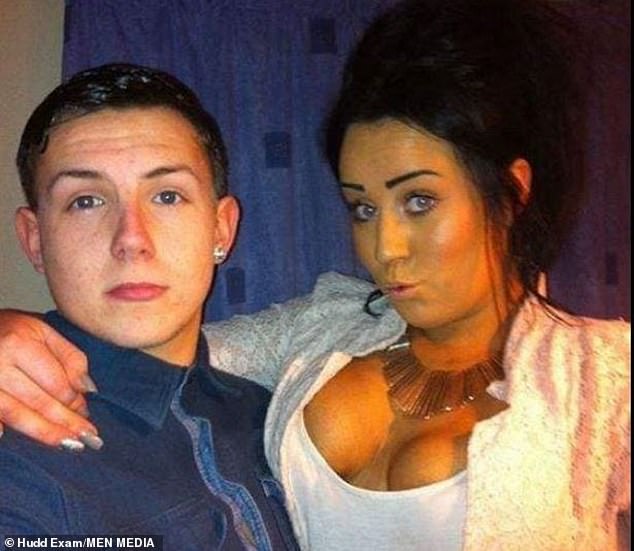 The victim has now been named locally as Paige Gibson, as a close friend paid tribute saying she ‘will be missed by everyone’. She is pictured with good friend Michael Ainsworth 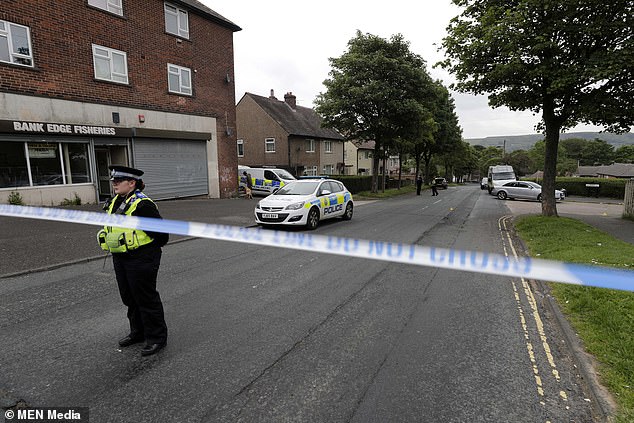 Police were sent to a residential street in Halifax, west Yorkshire at around 5.30am following reports a 23-year-old woman had been injured 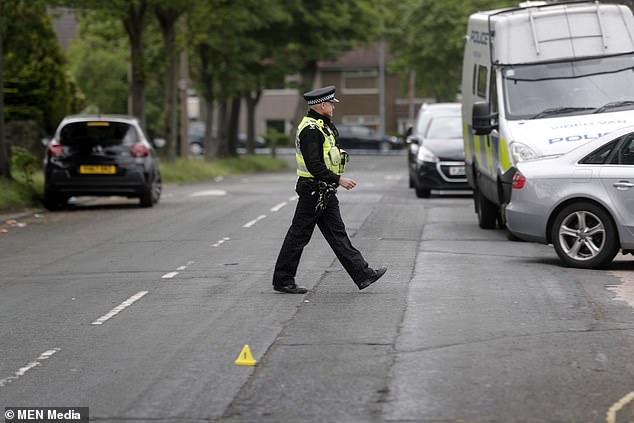 Residents said the stabbing happened after a house party. It is thought the suspect fled to a house nearby (pictured police at the scene)

Michael Ainsworth, 23, told ExaminerLive that Paige was a ‘lovely girl’ who was really bubbly and outgoing.

He said he had known her for six years and she had always been there for him.

He said she had helped him recover in confidence and they used to go to house parties together before he moved away from the area.

Michael, who has now moved back to Halifax, said: ‘I am really upset. Life is just too short.

‘Paige was lovely and really bubbly. I have spoken to her sister and told her we are all here for her and the family.

‘I will miss her so much. Everyone will. I had not spoken to her for a while but I really wish I had been in touch.

‘A friend called me to tell me the news and I just could not believe it.’ 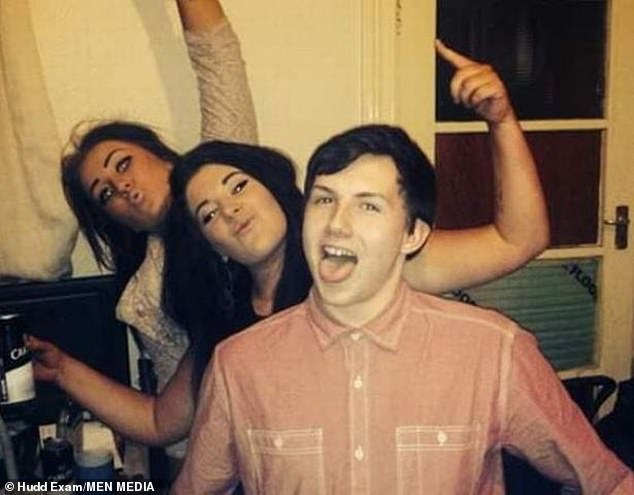 Michael Ainsworth (pictured front), 23, said that Ms Gibson (pictured at the back) was a ‘lovely girl’ who was really bubbly and outgoing

Jake Brown Sowerby said: ‘Absolutely heartbroken, haven’t seen you in a while but we was very close back in the day, you never hurt me or did any harm when we was close and I will miss you hun.

‘It’s disgusting how people are coming out of their cage to bring you down now you’re gone! I know you did bad things, who hasn’t, but you do not deserve this at all. Gone too soon Paige. This town is horrible.’

Olivia Westmoreland said: ‘I can’t believe what I’ve heard this morning. No we were never close and I’m not going to sit here and pretend we were, but whenever I saw you we had some good laughs.

‘You were always stunning and always made me laugh. You were a good person, an amazing lass from what I saw and you don’t deserve what’s happened to you in the slightest.

‘I hope you’re somewhere better now gal. R.I.P. babe. Gone but you will never, ever be forgotten.’

Jordanne Rotherham said: ‘RIP Paige. We may not have seen eye to eye but you was still someone’s daughter, sister and mum. No one deserves to die the way you did.’

Shocked friends at the scene also paid tribute to the mother. 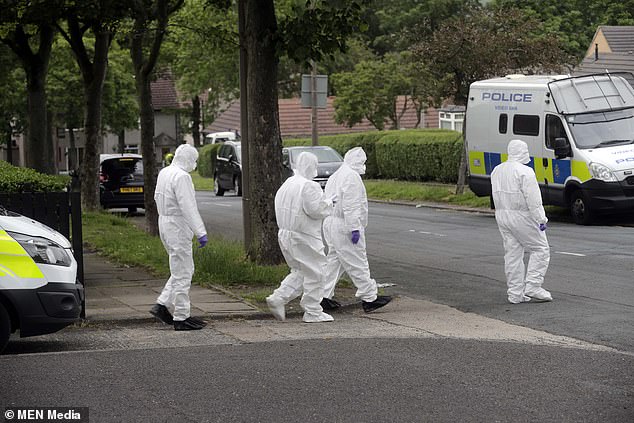 Police confirmed they had made one arrest and the teenager was currently being questioned. Forensic investigators are pictured at the scene today 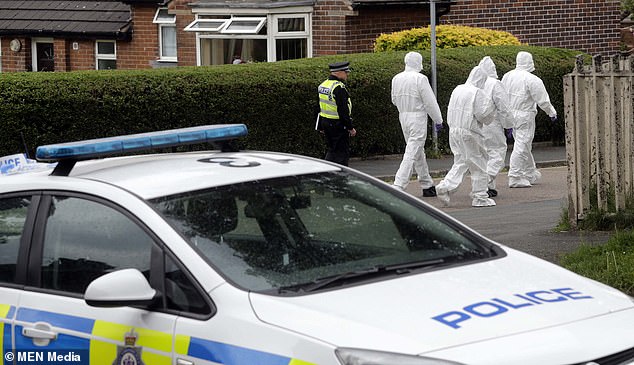 West Yorkshire Police said Ms Gibson was treated at the scene and was taken to hospital, but later died as a result of her injuries

Surjit Singh Aujla, who runs the mini-market just a few yards from the murder scene, said: ‘She was a nice young woman and I’m very sad to hear what’s happened to her.

‘She was in here only yesterday afternoon.’

Another friend said: ‘She was a lovely girl, such a nice person, I’m so sorry to hear she’s gone. ‘She was always happy and cheery though she didn’t have the happiest of lives to be honest.’

A middle aged man called Mick added: ‘I had only known her a few months but she was always so happy. It was always a pleasure to bump into her.’

Residents said the stabbing happened after a house party. It is thought the suspect fled to a house nearby.

Police confirmed they had made one arrest and the teenager was currently being questioned.

West Yorkshire Police, Detective Superintendent Nicola Bryar is investigating the incident and said: ‘Clearly people will be shocked by the nature of this incident and we are doing all we can to provide additional support and reassurance to the local community.

‘We are continuing to investigate the circumstances and at this stage I would ask that any witnesses or anyone with further information contact the non-emergency number 101.’