Portsmouth striker Ronan Curtis has been drafted into the Republic of Ireland squad for Tuesday night’s friendly in Poland.

The 22-year-old has been added to a depleted party for the game in Wroclaw with Jonathan Walters having returned to club Ipswich following Thursday’s 4-1 Nations League thumping in Wales.

With Shane Long already out injured, manager Martin O’Neill has seen his options severely reduced, and he will name his side for the game at the Stadion Miejski from a pool of frontmen comprising Preston duo Graham Burke and Callum Robinson, Millwall’s Aiden O’Brien and Curtis. 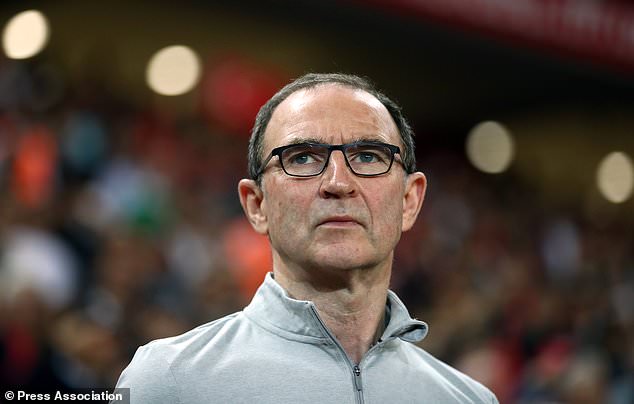 The latter has scored five goals in six League One games for his club this season following his arrival from Derry City.

He scored the equaliser for the Under-21s as they drew in Kosovo on Friday, but is suspended for Tuesday’s European Championship qualifier with Germany at Tallaght Stadium.

O’Neill, who was already without Robbie Brady, James McCarthy, James McClean and Long through injury as well as Declan Rice and Harry Arter after they made themselves unavailable. He has also lost Burnley full-back Stephen Ward to a foot injury.

Liverpool keeper Caoimhin Kelleher, who trained with the squad for two days at their Welsh base in Newport, has now returned to his club.