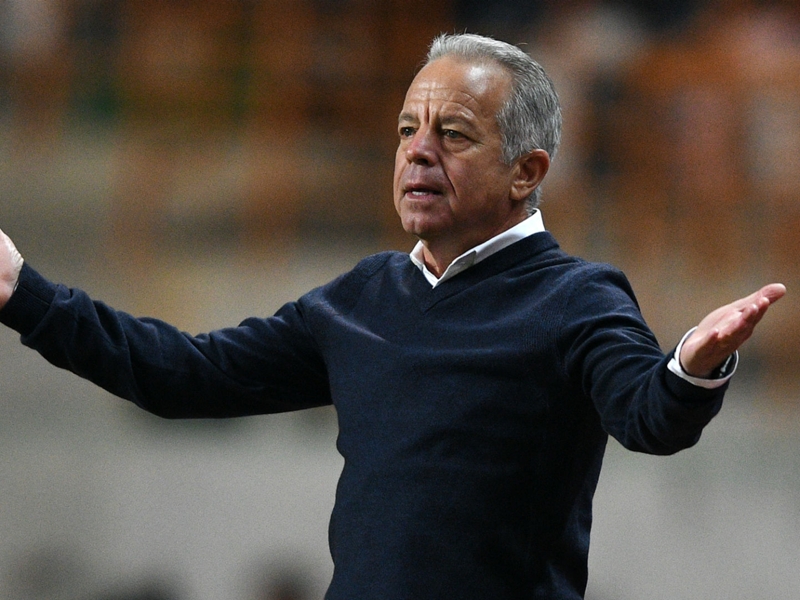 Portugal and United States battled to a hard-fought draw, with goalkeeping antics at either end contributing to an entertaining affair.

Ethan Horvath’s woeful error took the shine off a promising United States display as they earned a 1-1 draw against European champions Portugal in Leiria.

Interim USA coach Dave Sarachan assembled a makeshift squad for the clash, with previous boss Bruce Arena having departed following his side’s failure to reach the World Cup with a shock defeat to Trinidad and Tobago last month.

The visitors – facing a similarly experimental Portugal team –  performed better than many would have expected as 19-year-old Weston McKennie, making his senior international bow, secured a deserved lead.

However, it was an advantage that lasted just 10 minutes thanks to Horvath’s moment of misery. The Club Brugge goalkeeper spectacularly failed to gather Vitorino Antunes’ cross, instead poorly helping the ball into the net for a 31st-minute equaliser to hand Portugal a route back into the game.

Check this out  England vs Brazil: Phil Jones out, Dominic Solanke & Lewis Cook called up

Portugal indeed improved from that point onwards but, without talisman Cristiano Ronaldo, lacked the cutting edge to punish further mistakes.

Sarachan’s side likewise could not capitalise on a second-half rally – McKennie hitting the woodwork with their best effort – but both teams will hope to reap the benefits of testing fringe men on the international stage.

A small step forward. Strong showing from the #USMNT in its 2017 finale. pic.twitter.com/i6lqpnikjI

Portugal were dealt an early blow when stand-in captain Pepe went off with an apparent foot injury and the visitors – boosted by the enthusiasm of teenage debutants Tyler Adams and McKennie – made an energetic start.

McKennie’s big moment arrived in the 21st minute. The Schalke midfielder collected a pass on the left of the penalty area and danced inside a back-tracking Ricardo Ferreira before wrong-footing Beto with a smart finish.

However, the hard work was undone by a comical error from Horvath, who allowed Antunes’ driven cross to slip through both his hands and legs to improbably find the bottom-left corner.

Horvath recovered well to hold a testing Manuel Fernandes strike, but another mistake followed and he was fortunate to save Danilo’s effort after gifting possession to the midfielder 25 yards from goal.

United States retained an attacking threat, though, and John Brooks saw a headed effort harshly ruled out for an alleged foul from a corner.

Adams almost joined McKennie on the scoresheet early in the second half, but Beto brilliantly clawed away a back-post header and was then alert again to block Eric Lichaj’s powerful shot.

McKennie nodded against the crossbar from the consequent corner, before Goncalo Paciencia thumped the woodwork at the other end with Horvath’s half-time replacement Bill Hamid well beaten.

Unconvincing goalkeepers having been the theme of the day, Hamid then spilled Antunes’ effort before reclaiming the ball just in front of the goal line to ensure his side returned home with a creditable draw.