A married prison officer who had sex in a cleaning cupboard with a murderer serving a life sentence for killing a World War Two veteran has been jailed for 12 months.

Rachel Welburn, 39, started an 18-month relationship with killer Daniel Crompton after she became his designated personal officer at HMP Frankland in County Durham.

The prison houses some of the worst criminals in the country including Yorkshire Ripper Peter Sutcliffe, Milly Dowler’s killer Levi Bellfield and Soham murderer Ian Huntley.

Crompton, 29, murdered 87-year-old Frank Worsley for money to continue a cocaine binge in 2013. 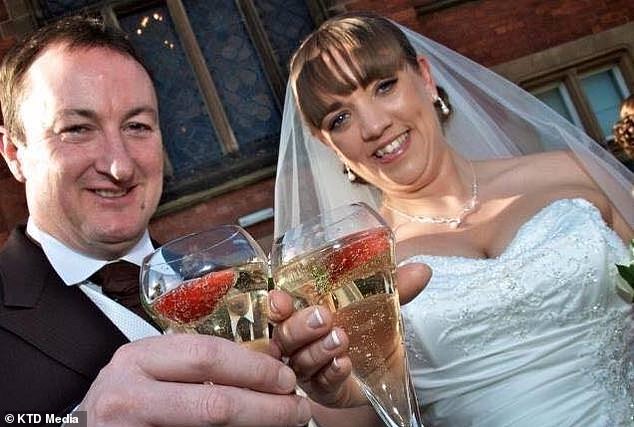 Rachel Welburn (right), 39, had sex in a cleaning cupboard with killer Daniel Crompton while she was his designated personal officer, despite being married to fellow prison officer David (left)

Judge Christopher Prince, sentencing for a single charge of misconduct in a public office at Durham Crown Court, said jail was inevitable, despite her strong record as a prison officer for 18 years, and the fact she is a mother of two small children.

He said it would be ‘hugely upsetting’ for the friends and family of Crompton’s victim to hear of him having a sexual relationship while he was serving a life term.

The judge said: ‘The public do not expect prisoners, irrespective of the offences they have committed, to be engaging in sexual relationships when they should be serving their sentences.’ 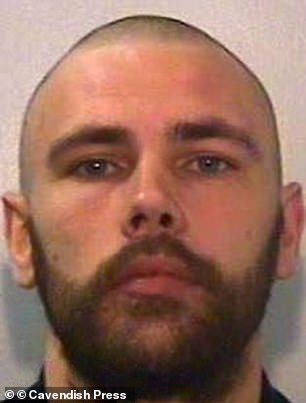 Robin Patton, prosecuting, said Crompton was jailed for life in 2014 for the ‘cruel murder’ of Frank Worsley, a Second World War veteran, in his own home.

Mr Worsley served with the Royal Navy on five warships in the Far East during World War Two.

He broke into the home in Bolton, Greater Manchester, Mr Worsley had lived in since 1949 through an upstairs window looking for cash to continue his Friday night cocaine binge.

Mr Worsley died at Royal Bolton Hospital on August 20th 2013, nearly three weeks after he was repeatedly punched by Crompton.

He confronted Sunday school teacher Mr Worsley, who had been sleeping, and punched him several times in the face after he refused to give in to his demands for cash.

Check this out  Hands-free phone chats as risky as driving at alcohol limit, expert warns

After the attack he was able to tell officers before he died: ‘This incident really frightened me. I thought the male was never going to stop hitting me. No person has a right to enter my home and take my belongings and hit me.’

The attraction between Crompton and Welburn in prison was ‘instantaneous’, Mr Patton said, and although she was married and had recently returned to work from maternity leave.

They both professed their love for the other and had an intimate relationship, including sex in a cleaning cupboard on the wing, the court heard.

She repeatedly told Crompton she would leave her husband, also a prison officer, and that she would see him when he was released, the court heard. 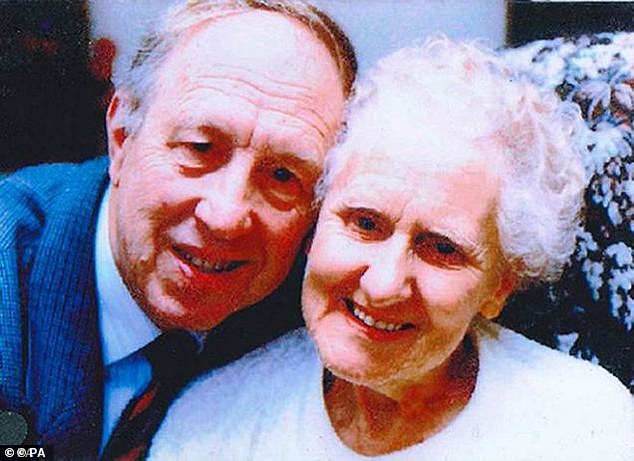 Crompton was jailed for life in 2014 for the ‘cruel murder’ of Frank Worsley (pictured), a Second World War veteran, in his own home

Welburn got Crompton to ask for a transfer to Full Sutton Prison, to reduce the risk of them being caught, and even visited him there, despite the possibility of being recognised.

She arranged for him to be allowed to call her phones from prison, assuming a false name, and frequently wrote to him.

Check this out  Lancashire fracking gets final Government go-ahead

But by the summer of 2018, the relationship cooled and Crompton told an officer he had been having an affair with a female guard in what Mr Patton described as ‘an act of revenge or spite’. 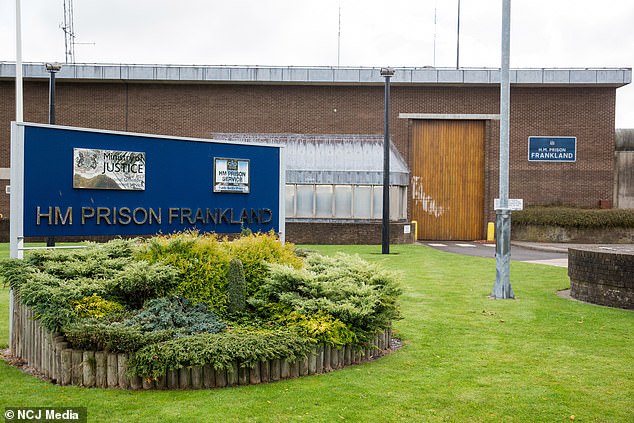 She had a stressful, high-pressure job, was a diligent and caring colleague and returned to work after maternity leave while suffering from chronic back pain, the court heard.

Miss Kidd told the judge: ‘Mrs Welburn… talks about seeing herself as through glass. She cannot explain why she behaved in this way.’

The judge said he could not suspend the sentence but told Welburn, of Abbey Green, Spennymoor, that the 12 months jail was shorter than it could have been on account of her young children.