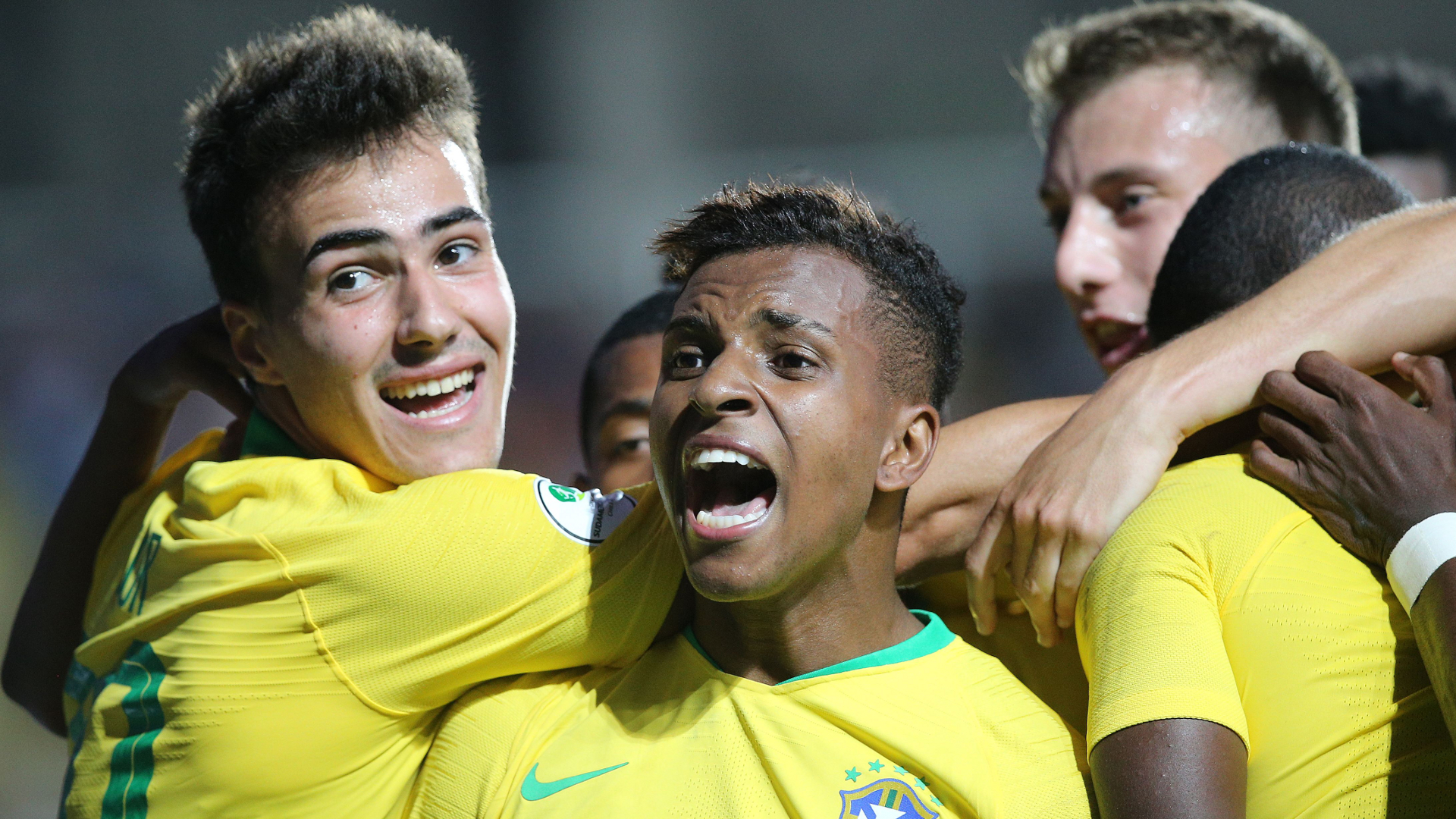 The former Los Blancos midfielder has backed the club’s new signing to succeed, just as his compatriot has done since his move in the summer of 2018

Former Brazil international Ze Roberto believes Rodrygo Goes has got what it takes to emulate Vinicius Junior at Real Madrid.

Rodrygo was presented as a Los Blancos player at the Santiago Bernabeu on Tuesday, a year after the club paid a reported €45 million to Santos for him.

Vinicius joined the LaLiga giants at the start of the 2018-19 campaign, becoming a fixture in the first team after the turn of the year before he suffered an ankle injury in March that kept him out of action until the final three games of the season.

Check this out  Barcelona news: 'If Messi doesn't deserve the Ballon d'Or I know nothing about football' – Atletico Madrid's Filipe Luis

Ze Roberto – who had a brief spell with Madrid in 1997 – believes Rodrygo has already shown the attributes needed to be a success in Spain and has backed him to follow Vinicius’ lead.

“Vinicius started his career very well in European football,” he told AS .

“He has a lot of personality and I believe that, when he gains more experience, he will become a significant player in the continent.

“Rodrygo has everything to follow these steps. He also started very well at Santos and he seems to have a good head, like Vinicius.”

When asked if the pair could become two of the world’s best players, Ze Roberto responded: “It is impossible to predict that today. It is better to wait.”

Rodrygo arrives at the Santiago Bernabeu having played the first four games of Santos’ league campaign, scoring one goal.

The Brazilian spoke of his pride at becoming a Real Madrid player at his unveiling on Tuesday , saying: “I think everyone who knows me since I was a child knows I’ve always been a Real Madrid fan.

“I always told my dad I’d play for Real Madrid and when they came I didn’t have any doubts at all.”

Speaking about his own personal stint with Los Blancos, Ze Roberto looked back with fondness despite the short nature of his time with the club.

“I have a great affection for Real Madrid because it was the first European team that trusted my potential,” he said.

“Unfortunately, things did not happen as we wanted and I wanted to play a lot to play in the 1998 World Cup, so my time there ended up being short.”