Joining the Red Arrows is the pinnacle of many a pilot’s career – but the job also carries high risks.

The fatal crash in March 2018 that killed engineer Corporal Jonathan Bayliss was the first major incident since 2011, when two members died.

Flight Lieutenant Sean Cunningham, 35, was killed at RAF Scampton, Lincolnshire, after being accidentally ejected from his Hawk T1 while he conducted pre-flight safety checks as his plane was on the ground. 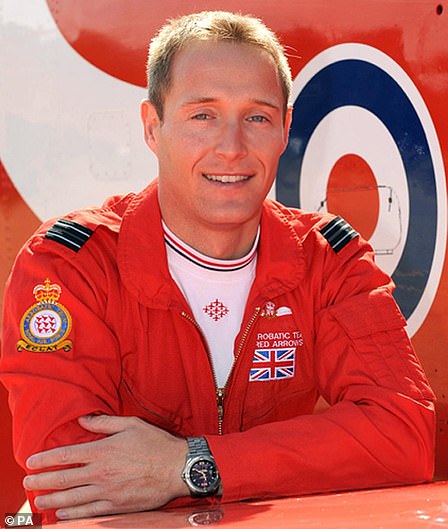 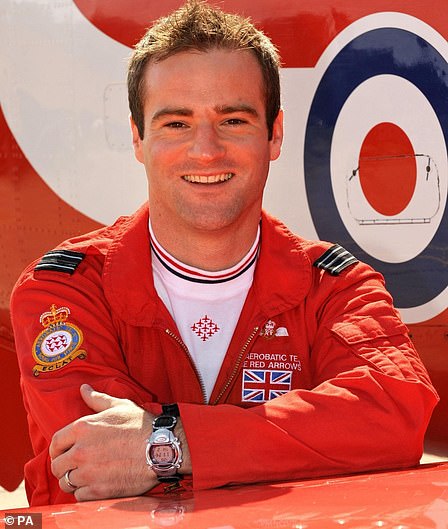 The South-African officer, who grew up in Coventry, was thrown 300ft and his parachute failed to deploy during the incident on November 8, 2011.

An inquest heard he was ejected because of a problem with the ejection seat firing handle, which had been pulled into an unsafe position by accident.

An inquest heard he may have succumbed to G-force impairment before attempting to correct his course in the moments before the impact.

An earlier service inquiry, led by Wing Commander Mark Rodden, concluded the crash was ‘most likely’ caused by ‘A-loc’ – where G-force caused an almost total loss of consciousness due to G-force.

Prior to 2018, there are 15 other reported crashes involving Red Arrows since 1969, which have involved 10 fatalities.

The first death, in 1969, involved a pilot flying into trees while practising.

The aircraft which crashed in 2018 is a BAE Hawk TA1. The two-seat training aircraft replaced the Folland Gnat in 1979.

It had a modified engine and used diesel mixed with dye to produce red, white or blue smoke.