How ironic, you may think, that talk of Jeremy Hunt in recent times has so often been prefaced by observations on his genial disposition.

‘Nice bloke… decent chap… affable’, are the usual epithets bandied around by fellow MPs whenever his name comes up.

The fact is that the longest-ever serving Health Secretary, and a politician whose tenure as Foreign Secretary has been as gaffe-free as his predecessor Boris Johnson’s was gaffe-laden, is a surprisingly unshowy figure.

On the surface he would appear to offer his enemies no point of attack. But this armour of smiling friendliness is both an asset and – potentially – a liability. 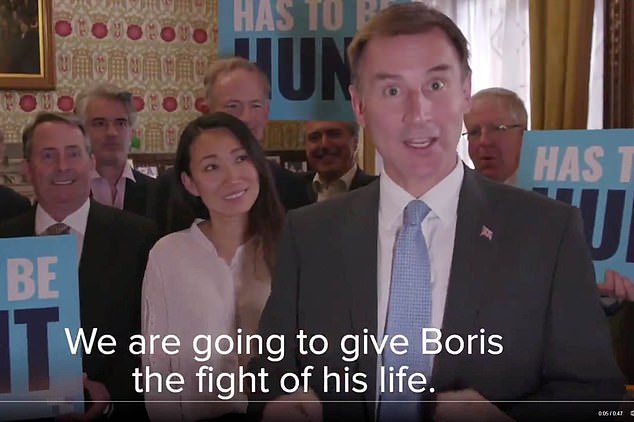 In the weeks since the Tory leadership campaign began, it has not been his flip-flopping on a no-deal Brexit that has been damaging to his ambitions, as much as the perception that he is nothing more than Mrs May Mark II, or ‘Theresa in Trousers’ – piquantly abbreviated to ‘Tit’.

In another age, Hunt’s easy-going charm and good looks – it is not that long ago he was voted ‘most-fanciable man’ in Westminster – would have been a shoo-in as Conservative leader and PM.

But amid the turmoil of Brexit, his managerial approach to politics, and what has been described as an ‘impenetrable blandness’, even his friends have been left wondering if he possesses the ruthlessness to not only make it to No10 but to succeed once there.

People see him as ‘too nice’: perfectly well-equipped at running a department – civil servants have described him as a joy to work for – but they question whether competence alone is enough in these turbulent times.

In a since-deleted tweet, former Tory peer Lord (Andrew) Cooper said Hunt’s conversion from Remainer to Brexiteer made him an ‘unprincipled windsock’.

But his supporters – and he has secured impressive backing from a string of Cabinet colleagues – say this pragmatism is actually a strength. And that there is a steely, unflappable determination.

Aware his good-natured reputation could be seen as a weakness – and keen to show that he was not the continuity candidate – his leadership campaign presented him as a tough negotiator with a bold vision. 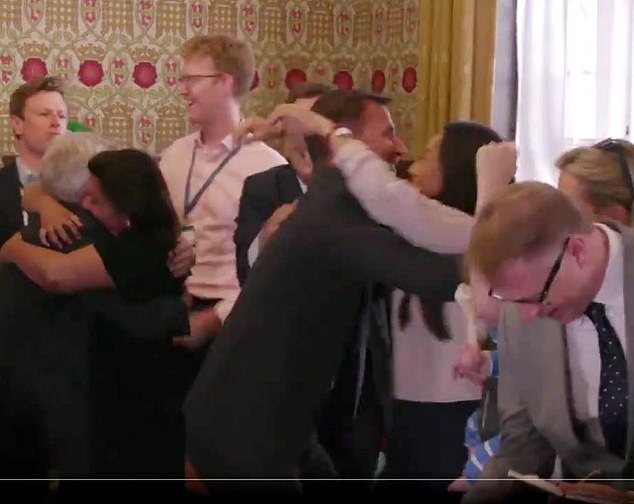 Hunt’s supporters (pictured) – and he has secured impressive backing from a string of Cabinet colleagues – say this pragmatism is actually a strength. And that there is a steely, unflappable determination, writes Richard Kay

He has responded to critics by pointing to his successes in government, from oversight of the London Olympics as Culture Secretary, imposing a contract on warring junior doctors while Health Secretary, to setting up Yemen peace talks as Foreign Secretary. Friends also highlighted his stand-off with Mrs May during the 2018 winter crisis in the NHS when he refused to be moved from his job, as an example of his toughness.

But as the contest narrowed in recent days, Hunt unveiled his ‘secret weapon’ – his wife Lucia, 11 years his junior, who he met in 2008 when he was in his early forties.

In an interview with the Mail on Sunday at the weekend, the mother of three spoke powerfully of her husband.

‘He is kind, he is always generous, he cares about his family and he is very strong,’ she said. The message was clear: unlike frontrunner Boris Johnson’s car-crash domestic life, Jeremy Hunt would use the stability of a settled home to boost his campaign.

Chinese-born Mrs Hunt revealed the story behind her pet name for him – ‘Big Rice.’ When Hunt travelled to his wife’s home city of Xian to ask her father for his daughter’s hand in marriage, her grandmother found it hard to say ‘Jeremy’.

Mrs Hunt explained: ‘She would just call him the ‘Big mi’. Mi means ‘rice’ so I call him ‘Big rice’.’

And his pet name for her? ‘Precious.’

What has emerged is how pivotal an influence Mrs Hunt is on her husband. Before the first round of voting began last week, the Foreign Secretary tweeted that ‘it felt a bit like the morning of my wedding’ because he didn’t ‘quite know how it will unfold’.

Their wedding certainly was unusual – and exotic. It was held in the ancient city of Lijiang and followed pre-Communist traditions. His wife was held aloft in a sedan chair by members of Hunt’s family while he marched alongside her.

‘We went back to what a wedding would have been like pre-1949,’ Hunt said, recalling how he had to undergo a series of tests before his family could carry away his bride.

These included singing, performing 25 press-ups and finding his bride’s shoes. ‘I had to do three kowtows to the sun,’ he added. 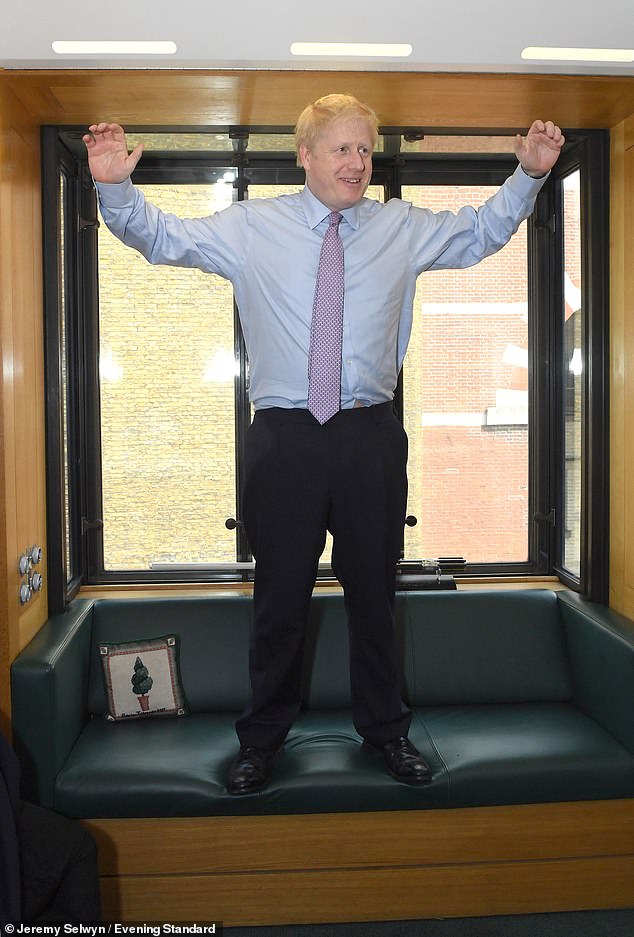 Unlike frontrunner Boris Johnson’s (pictured) car-crash domestic life, Jeremy Hunt would use the stability of a settled home to boost his campaign, writes Richard Kay

Lucia’s impact has been visible in other ways. She ensured that a doll knitted for their four-year-old daughter by Nazanin Zaghari-Ratcliffe, the British mother jailed in Iran, has been given pride of place on a mantelpiece among family knick-knacks in their grace-and-favour Foreign Office apartment.

Despite his down-to-earth manner, Hunt’s upbringing was one of privilege and convention.

The son of a senior naval officer, Admiral Sir Nicholas Hunt, the young Jeremy was educated at £39,000-a-year Charterhouse School, where he was head boy.

At Oxford, where he took a first in PPE, he was a contemporary of David Cameron.

As his Cabinet rival Michael Gove was embroiled in cocaine-taking allegations, Hunt demurely acknowledged that he too had experience of drugs. His was a cannabis-infused smoothie while backpacking in India.

After a post-Oxford spell teaching in Japan he made an unsuccessful attempt to sell marmalade there before setting up Hotcourses, an on-line educational publishing business which turned him into a multi-millionaire. He sold the company for £15million in 2017.

It was through Hotcourses that he met Lucia, who was a student recruiter at Warwick University. They were married within a year by which time Hunt had already embarked on his political career.

It was not all plain sailing. He survived a major storm when Culture Secretary over his links to Rupert Murdoch who was bidding for full control of BskyB. It emerged that Hunt, who had oversight of the bid, employed a special adviser who was in close contact with the media tycoon’s team.

But after nine years in the Cabinet, Hunt has rarely tripped up – though there was one infamous clanger when, during a trip to China in 2018, he described his wife as Japanese. It turned out that was the nationality of one of his previous girlfriends.

Jeremy Hunt still has a mountain to climb, of course, but by securing enough votes to get on to the slate with Boris Johnson he has proved that in a brutal, polarised political world, decency and niceness – and perhaps that secret weapon – might still have a place.