Drug traffickers in Rio de Janeiro are accused of raising pigs to eat the dead bodies of rival gang members they have killed.

Two investigations by state police have concluded that drug dealers fed at least nine people to the animals in Rio’s Vigário Geral neighbourhood. A court in Rio ordered the arrest of 11 of the gangsters last week. 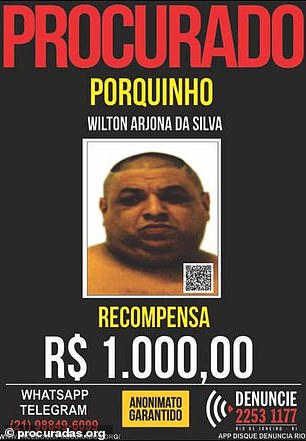 Check this out  Model, 29, whose weight dropped when she had anorexia reveals how she gave up diets for dream body

Wilton Arjona Da Silva, aka Little Pig (pictured), is wanted for raising pigs, killing his rivals, and feeding their bodies to them

The police said that the pigs were kept behind a trafficker’s house in a mangrove area between two rows of slum houses and that they even know the name of the pig thought to have eaten the corpses.

The name of the trafficker thought responsible for raising them is Wilton Arjona da Silva and his nickname is Little Pig, according to Extra Globo.

They were led to the pig theory after the disappearance of seven young people in May this year.

During a turf war with a rival neighbourhood, officials say that the traffickers went to the scene equipped with weapons, kidnapped the rivals and executed them.

A witness later testified to officials that the corpses were ‘thrown as feed for wild pigs.’

The authorities received a tip off that the bodies were eaten by a pig called ‘Chicão’ and that it was systematically starved to make it hungry enough to eat the bodies.

The other missing victims feared lost to the pigs are two young men who were reportedly captured by the Vigário Geral traffickers in 2017 after they committed a robbery in an area the criminals protected. 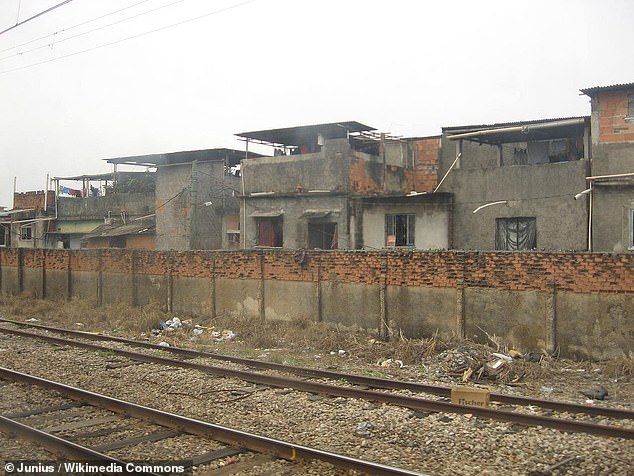 The pigsty was located in between the slums of Vigário Geral (pictured) and Parada de Lucas. The police said that they kept the pigs in a sty in a mangrove behind one of the trafficker’s homes 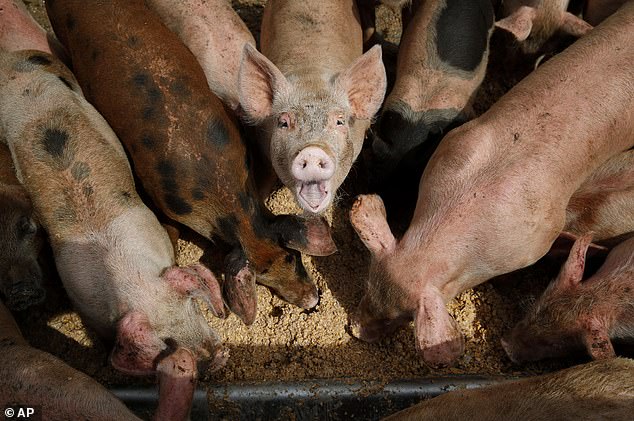 The pigs were reportedly starved for long periods of time to make them hungry enough to eat the corpses of the trafficker’s rivals in Rio de Janeiro. Wilton Arjona Da Silva, aka Little Pig (pictured left), is wanted for raising the pigs, killing his rivals, and feeding their bodies to them

For disregarding their order of not robbing the Favela, sources said they executed them and witnesses put Little Pig at the scene.

‘The missing were taken by the traffickers to the house of the man known as Little Pig, where there is a pig sty.

‘The bodies were given to the animals and then thrown into the mangrove that is behind the house,’ a witness told the Brazilian police.