Russia’s most notorious contract killer has been boasting of his extraordinary behind-bars relationship to a glamorous ‘model and psychiatrist’ – whom he married in prison dressed as a 1920s gangster.

Alexey Sherstobitov, 51, is serving 23 years in a high security penal colony for a dozen murders, however this has not stopped him from finding love. 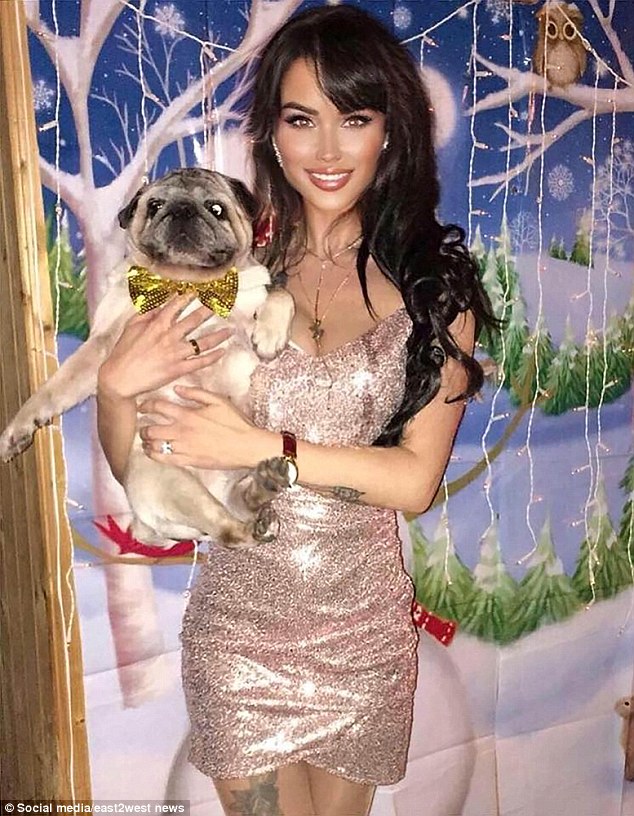 One way to find love: The 31-year-old contacted the notorious assassin after reading his autobiography, appropriately titled ‘Liquidator’, about his career as a contract killer

According to Russian authorities Mrs Sherstobitova has never been employed by the state, yet she has described herself as a psychiatrist

She has claimed to be both a high-fashion model and a qualified psychiatrist, however there has been no evidence of either.

‘I felt through pages of his book how many worries, sufferings and troubles he went through,’ declared Sherstobitova.

‘I felt that I really wanted to support him and share his troubles.

‘I wrote him via internet at the end of October 2015. He answered. Our relations developed fast.’

They married the following year, posing as a 1920s US prohibition gangster and a flapper in fancy dress.

Sherstobitov still has 13 years to serve in his high-security facility in Lipetsk for conjugal visits – but despite claiming he is a reformed man who retrained as a plasterer and an author there is no sign of an early release. 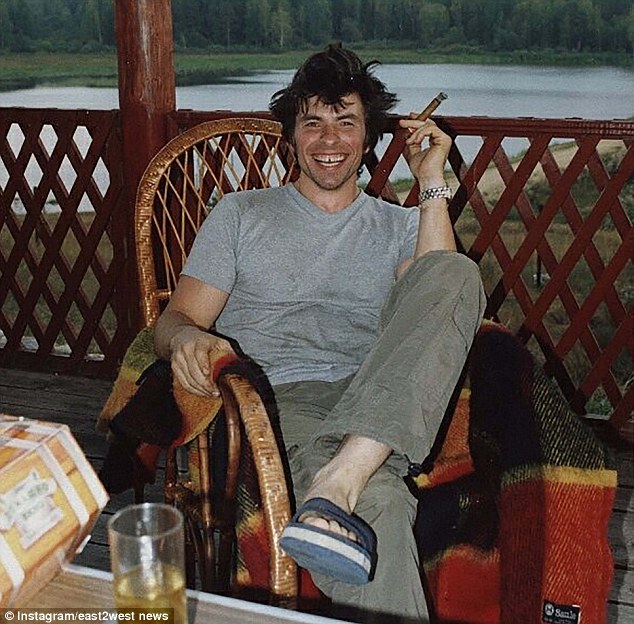 Sherstobitov, 51, is serving 23 years in a high security penal colony for a dozen murders 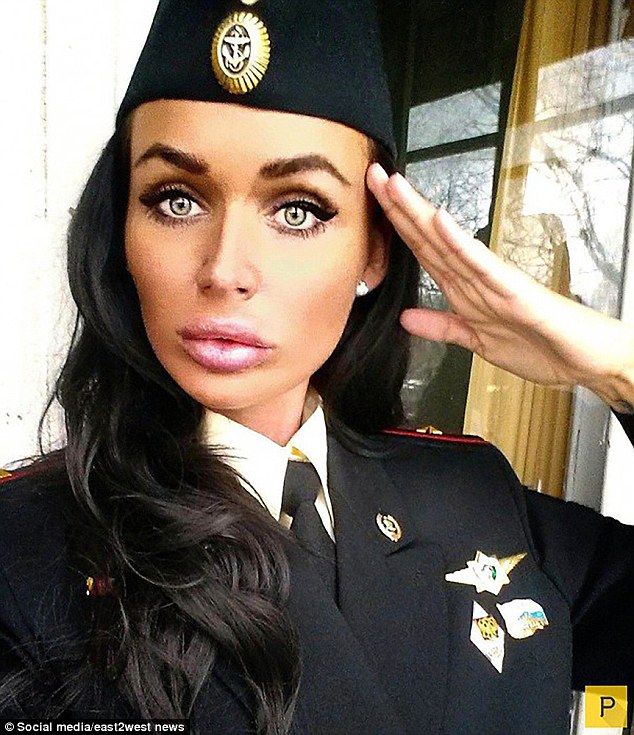 Ready to serve: Mrs Sherstobitova looks glamorous in what is thought to be a naval uniform

Nicknamed Lesha the Soldier, he once earned a £40,000 a month – plus ‘bonuses’ – as Moscow’s most sought-after contract killer.

A member of a notorious Russian underworld gang, in 2008 he was found guilty of killing a dozen people.

But he claimed leniency for refusing to assassinate dozens of others – and revealed he had once been ordered to kill billionaire and political fixer Boris Berezovsky, later seen as Vladimir Putin’s number one enemy.

One target businessman Otari Kvantrishvili was gunned down as he visited a sauna in Moscow.

Owner of famous Dolls nightclub, Iosif Glotser, was a victim, as was ex-KGB officer Grigory Gusyatinsky, a gangland intermediary.

The photographs with Marina are from jail, but many others – including one of him in a kilt – relate to the time he was an active killer, and a few years afterwards when he claimed he had given up contract killing.

Yet mystery surrounds his glamorous bride, his third wife.

There have been claims she was a model working for Vivienne Westwood’s fashion house, and reports linking her to Scottish actor David O’Hara – but these appear to be false based on mistaken identity.

Sources in Russia’s tax police said she had never held an official job, yet she has described herself as a psychiatrist. 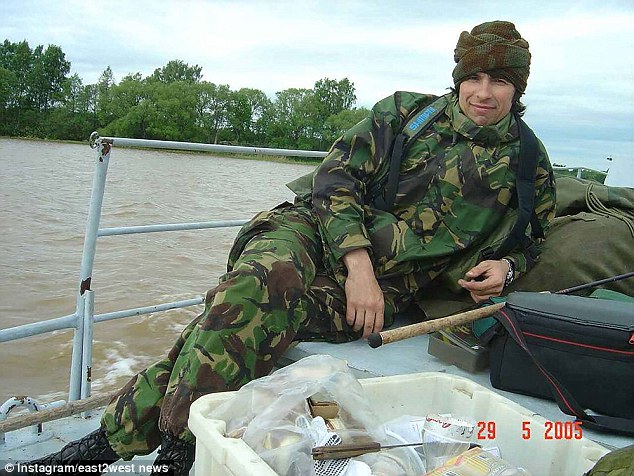 Sherstobitov, a former member of Russia’s interior ministry force, has been dubbed Russia’s ‘most notorious hitman’ 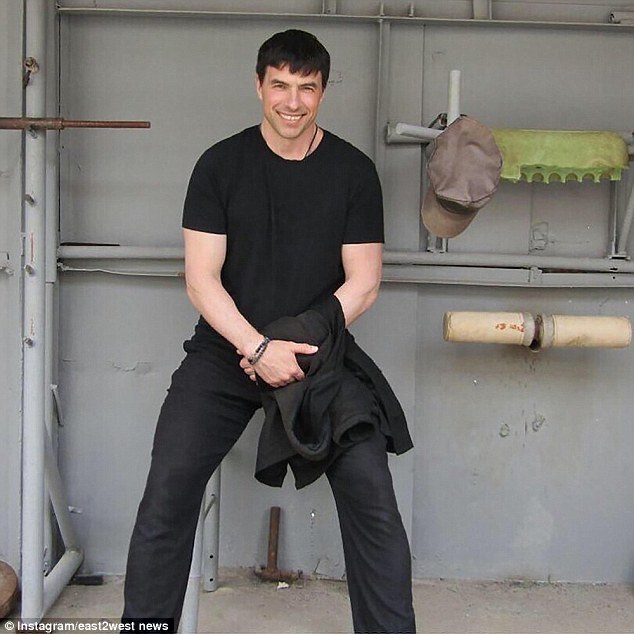 Nicknamed Lesha the Soldier, he once earned a £40,000 a month – plus ‘bonuses’ – as Moscow’s most sought-after contract killer

She formerly claimed on social media that her medical education was through service in the Russian navy.

But the Kirov Military Medical Academy – where she was supposed to have been trained – denied knowledge about her.

A picture of her wearing medical uniform and holding a gun has links to a major St Petersburg psychiatric clinic, but staff denied any knowledge of her.

She was also described as an ‘autopsy expert’ , also denied by Russian officials.

One novel by Sherstobitov is called Experts – and is dedicated to his wife.

‘I know that you will never be stopped by any circumstances,’ he wrote.

The book is about a female naval captain who serves in a special clinic. At the end of the novel Lesha the Soldier kills his wife.

Her mother Natalia has claimed that there is much misinformation about her daughter – but she did not clarify the truth.

However, she insisted she was not scared for her in marrying a contract killer.

‘I wasn’t scared and I am not scared now,’ she said. ‘I think it’s completely fine that they decided to get married.

‘Marina came to visit me soon after the wedding and shared her positive impressions.’