In truth, my resignation had been a long time coming. A colleague who knew I’d become a bit fed up before I had baby Finn had suggested that I use my maternity leave to decide whether I wanted to come back at all.

I just about ripped his head off.

There was no way I was going to throw women under a bus by suggesting that the mere fact of having a baby meant someone could no longer do their job.

Of course I would come back. There was no way I was going to set the precedent – as the first UK political leader to give birth in office – that babies meant automatically giving up the job.

And in April, it was a case of coming back with a bang. With a party conference in Aberdeen followed by the European elections, my first ‘week’ back was actually 19 days straight before I had a day off. 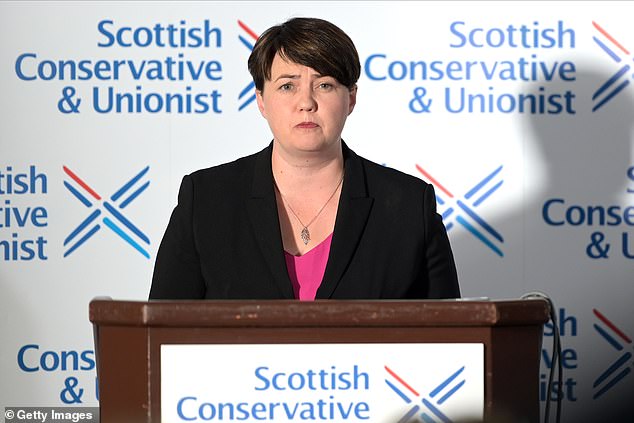 In truth, my resignation had been a long time coming. A colleague who knew I’d become a bit fed up before I had baby Finn had suggested that I use my maternity leave to decide whether I wanted to come back at all. I just about ripped his head off

That was followed by another 12-day ‘week’. This is not an appeal for sympathy, it’s just the job. But, my word, it is hard on our families.

Politics hadn’t become any more straightforward during my absence either. The plan had been to see Brexit through and then go off on maternity leave but Brexit has become only ever more complicated. And it is an issue over which I am genuinely conflicted, which makes it hard to provide clear-sighted leadership.

Check this out  Australian PM stubbornly clings to power, offers...

I campaigned for Remain, but I believe in the importance of losers’ consent and have tried at all times to recognise and respect the referendum decision to leave the EU.

That’s not a blank cheque for any kind of Brexit, particularly not one which causes economic shock to the country. That conflict absolutely affected my ability to lead.

Add in the genuine dread at the idea of two Election campaigns in 20 months, prompting hundreds of hours on the road away from my young family, and I had to be honest with myself that my time was up. I made the final decision to go on Monday and told my close team.

We realised that there was a lot to do before making a public announcement on Thursday. 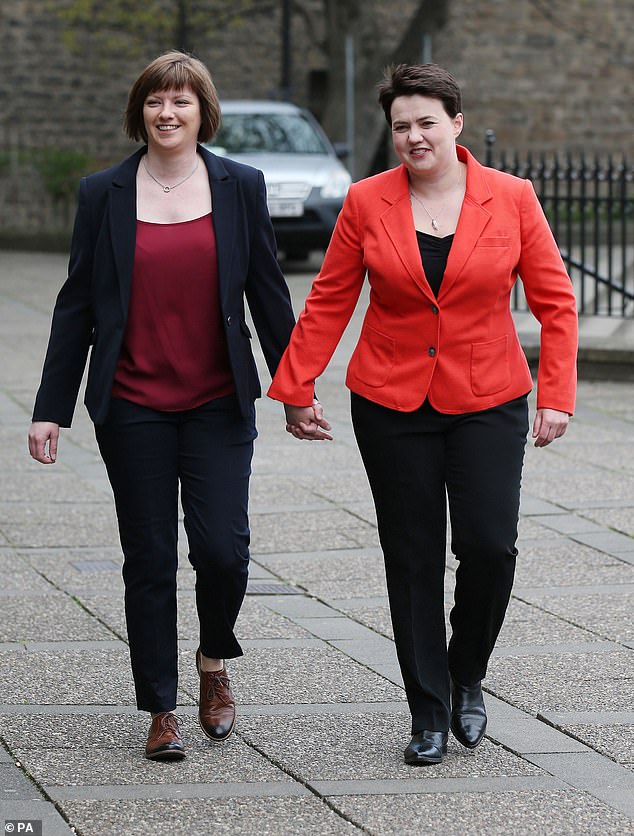 The plan had been to see Brexit through and then go off on maternity leave but Brexit has become only ever more complicated. And it is an issue over which I am genuinely conflicted, which makes it hard to provide clear-sighted leadership. Pictured: Former Scottish Tories leader Ruth Davidson (right) with wife Jen

But our careful plans were blown out the water when politics went wild with the Prime Minister’s decision to prorogue Parliament.

I could hardly discuss what I thought of the decision in public as I’d be asked: ‘Are you going to resign over this?’

Check this out  Firefighter tells Scott Morrison to get f***** - before collapsing on the ground in Nelligen, NSW

So I decided to disappear for a few hours and on Wednesday I decamped to a friend’s flat (he was on holiday) with just a few bags of gear. Up since five that morning with Finn, now I had to keep the baby amused without his toys, fed him without a high chair and put him down to sleep in an unfamiliar travel cot.

The rest of the evening was spent answering calls from those we had planned to tell, such as the Prime Minister, the Secretary of State for Scotland and their teams – while dodging journalists. My phone was lighting up like a Christmas tree.

Thursday morning was no less chaotic until we managed to get to the hotel where the announcement would be made.

I then had a period of stillness, where I could talk to the team and thank them for everything they’d done over the past eight years. Then it was time to read over the words again and again so they lost their meaning and I wouldn’t show weakness or cry.

Deep breath, and into the flashing cameras of the press conference. Once complete, it was out the door, down the hotel steps and into my car while television cameras surged forward. On my way to pick up Finn, I flicked through Twitter – and that’s when I saw the picture that nearly set me off.

Check this out  'I let the side down': Prince Andrew tells BBC's Emily Maitlis he was wrong to stay with Epstein

It was taken on the day of our 2016 manifesto launch and shows me bending over a flat tyre in the rain, grunting, changing the wheel. That had been a make-or-break campaign. After 20 years of stagnation for the Scottish Conservatives, the game was over unless we made a significant breakthrough.

Travelling back from the launch, a tyre blew out, leaving us on the hard shoulder in full public view.

The three guys with me admitted none of them had ever changed a wheel before.

So, terrified of headlines such as ‘the wheels come off’ or ‘car crash Tory launch’, I set about changing it myself with the speed of a Formula 1 pit crew. It might have been chucking it down. I might have ruined my good suit, but the cheesy grin on my face showed just how much I enjoyed that bit of oneupmanship. Lord, I’m going to miss moments like that.

Political leadership is so intense that your co-workers are never just colleagues. They are also your friends, your confessors, your defenders and promoters.

Yes, I am leaving the leadership of the party in Scotland in large part because of my family. But in many respects, there’s another family I’m breaking up, too.

And I still have to work out how to better combine motherhood with being ‘just’ a Member of the Scottish Parliament, which is, in itself, way more than a full-time job.