Jobsworth Ryanair worker refuses to let disabled boy, 17, board a delayed flight from Manchester to Dublin because they ‘didn’t have time’ to wait for special lift to arrive 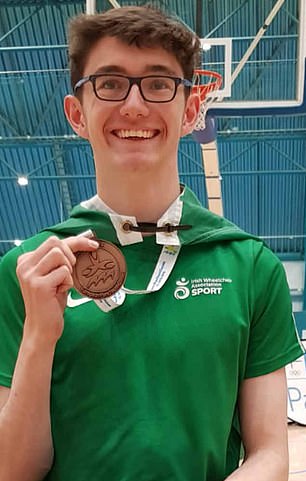 Sean Mccullagh, 17, was nearly stopped from catching his delayed flight home to Dublin because staff ‘didn’t have time’ to wait for his specialised lift

A 17-year-old disabled boy was almost stopped from boarding a delayed plane because staff did not ‘have time’.

Sean Mccullagh was returning home to Dublin after volunteering at the Back Up charity event for other wheelchair users in Manchester.

A member of ground staff blocked him while his mother Sandra Mccullagh, 52, was welcomed on board the August 9 flight.

They arrived early at the gate but were told his specialised lift had not arrived.

Sean waited 45 minutes for the lift with his dad and there was no attempt to get him on the plane.

His mother said there was a ‘particular woman’ who ‘had no regard’ and persistently said he would not be boarding – claiming it ‘was Ryanair policy’. 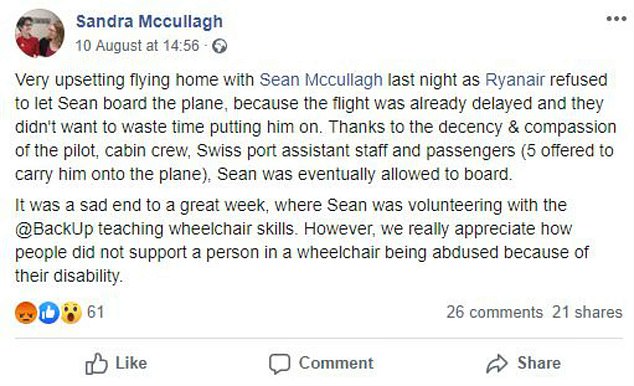 Bitter sweet: His mother Sandra Mccullagh, 52, expresses her upset about the incident after he had just been volunteering for the Back Up charity which has 400 volunteers 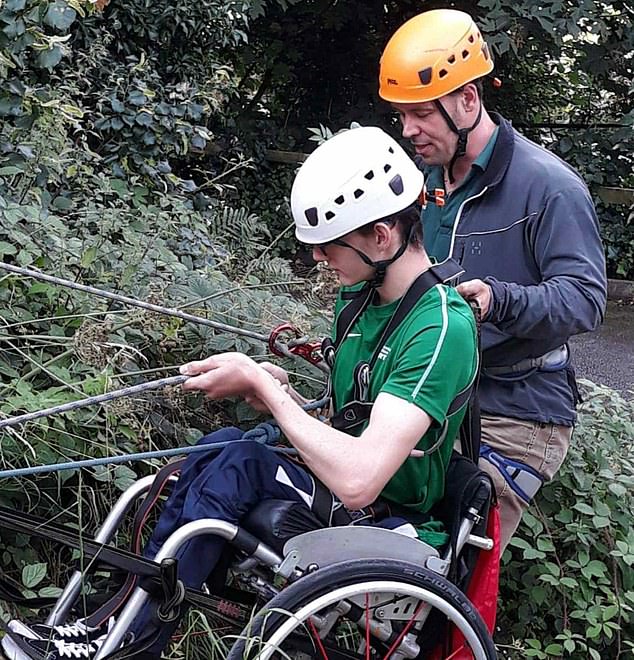 ‘Sad end to a good week’: His mother Sandra Mccullagh, 52, wrote about how upsetting it was after he had just been teaching wheelchair skills to people with spinal injuries in Manchester. Here he is pictured practicing his own and has been in a wheelchair since a car accident in 2006 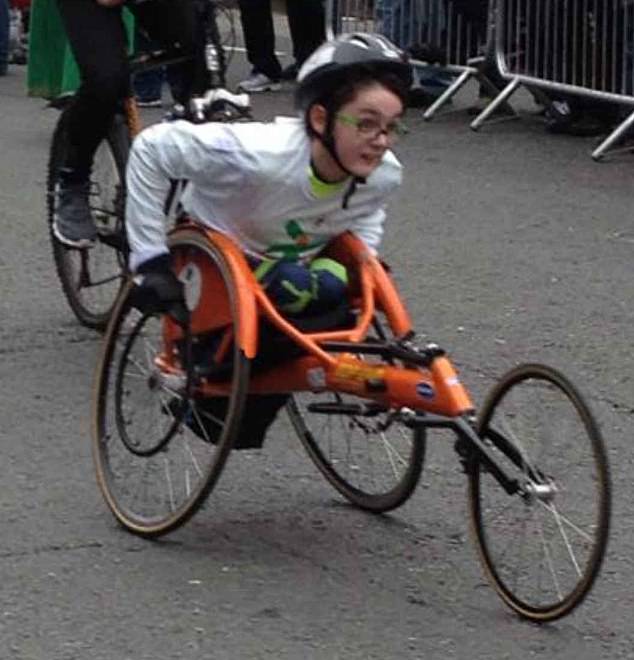 In the Twitter post, Ms Mccullagh revealed the female worker told Sean the gate was closed and he would have to move to another one.

‘No respect for the situation at all. It was like we were inconvenient and we didn’t count and they could just dismiss us like that.’

It was a ‘sad end to a great week’ where Sean had been teaching wheelchair skills for people with spinal cord injuries. He has been in a wheelchair since 2006 when he was involved in a car accident.

And he won the Young Hero award at the Hidden Hearing Heroes Revealed in 2016 for ‘overcoming a disadvantage to excel in sport’.

But Ms Mccullagh added her thanks to the ‘compassion and decency’ of the pilot, cabin crew, Swiss port assistant staff and five passengers who offered to carry her son on to the 5.35pm flight – which eventually convinced the pilot to wait for the special lift.