Police are investigating claims a recruit was waterboarded at world-renowned military academy Sandhurst.

Two officer cadets are alleged to have pinned down their victim before pouring water over a cloth covering his face, the Sun reported.

The process induces the feeling of drowning. 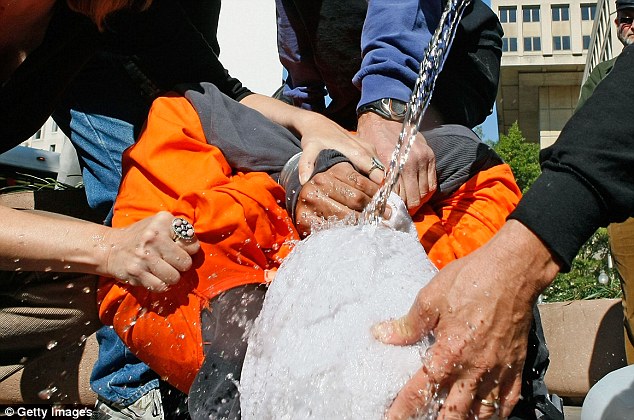 The Royal Military Police were called into Sandhurst – which was once attended by Princes William and Harry – when allegations were reported to senior officers.

A source told the paper: ‘Everyone in the Army is talking about this.

‘To allegedly happen somewhere like Sandhurst makes it all the more shocking.’

‘That is why allegations of bullying, especially bullying involving waterboarding, will be so shocking to those running Sandhurst today.

‘This behaviour must never be tolerated, and I’m certain the Army will take the firmest action if these sickening allegations prove true.’

Brigadier Bill Wright, Commander of the academy in Camberley, Surrey, said: ‘The Army and I expect the highest standards of behaviour at Sandhurst.

‘Anyone found to have fallen short is dealt with robustly, including dismissal, if appropriate.’ 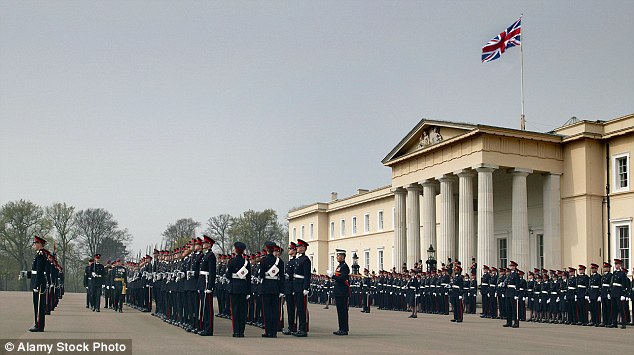 Colonel Richard Kemp, former Commander of British Forces in Afghanistan, said claims of bullying at a prestigious college such as Sandhurst were ‘shocking’